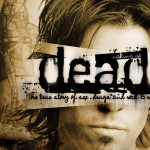 Back in 2005 former Saigon Kick / Skid Row drummer Phil Varone released a DVD entitled Waking Up Dead, which documents his rise to fame and eventual fall from grace due to substance abuse. Filmed by Emmy Award winning journalist and film maker Fabio Jafet over a four year period, it offers a brutal look at the realties of the music business, and I highly recommend it to anyone who’s ever had the whole fame and fortune dream (view a clip here). Thanks to Matt Kramer, the vocalist of Saigon Kick, I was able to set up interviews with both Varone and Jafet to discuss the project, and both pieces were published by BW&BK in 2005. I watched the movie again today and decided to resurrect the interviews now that I have this page to do my bidding.

The first interview features my discussion with Jafet. Remember, this is was back in 2005 so the timelines might be a tad off… 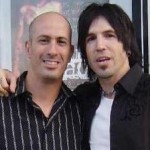 While Fabio Jafet’s may not be a familiar one, his body of work is more than a little impressive for a 34 year-old journalist. He has covered the Oklahoma City bombing and the O.J. Simpson trial, served as producer for the CBS Latin Grammy National Pre-Show in 2003, has covered major sporting events such as the World Series, the Superbowl and the NBA Finals. Over the course of his career – which has only been touched on briefly here – he has earned has earned himself nine Emmy Awards for production, editing and camera work. Perhaps one his most important projects, however, was filming and editing Skid Row’s 2003 DVD, Under The Skin, because it had direct bearing on Waking Up Dead.

“In 2000, I was stationed in Miami working as a chief photographer for a station that’s owned by CBS,” Jafet begins. “A correspondent I was working with was a good friend of Gene Simmons from Kiss. She knew I was a huge music fan and asked me if I wanted to go and cover a show on their farewell tour. The station would run the piece, so I was all for it and we covered the last two shows of the tour. We went to Charlotte, North Carolina, and I had no idea who was opening the show; I had tunnel vision for Kiss. I was a big fan of ‘80’s metal – Motley Crue, Skid Row, all those bands – and when I spotted Dave ‘Snake’ Sabo backstage I realized that Skid Row might be opening the show. I had no idea they had gotten back together. I spoke to Snake a bit, one of the greatest human beings I’ve ever met in my life, and hooked up with him at the next show. He was a big Kiss fan, so I interviewed him for piece, and Phil was with him. Snake introduced us, we interviewed him, and in talking he mentioned that he lived in a town Davey, Florida, which was 20 minutes from my house. We exchanged numbers, he called me when got back from the tour, and we just started hanging out. Through talking with Snake I landed their Under The Skin DVD, and with Phil living close by I could get footage of him rather easily. At the same time things started spinning out of control as far as Phil was concerned.”

Filming for Under The Skin proved to be the catalyst for what would become Waking Up Dead.

Jafet: “When I was doing the DVD I stayed with Snake at his house in New Jersey. On my first night with the Skid Row guys we went to see Pantera, and it was a pretty wild night. From that point I decided to bring my camera wherever I went. I asked Phil if I could shoot when he was around and he was cool with it, but I didn’t know what I was going to get. I became really good friends with him, but he was getting progressively worse with his drug habit, so I suggested he watch what he was doing to himself on film to hopefully convince him to let up a little bit. None of that stuff was ever meant for the Skid Row DVD, obviously. But, I started showing him the footage and he was pretty horrified by what he saw.”

“After a while I was looking at 200 hours of tape, and I knew that Phil had a great story. As a metal fan growing up, you have these huge views of these guys; they’re larger than life, they live the rock lifestyle. Never in your wildest dreams do you ever think they’re broke, divorced, depressed, drug addicted. They basically can’t function. Being a journalist, it was a great story because here was a guy who people are paying $35 a head to go and see, the girls are lining up for hours, and little do they know he lives in a box, has no money, he’s a drug addict, and his life is spiralling downward. It was a fascinating story, but it didn’t start out that way. It was a case of ‘Phil’s my friend, how can I help him?’”

One has to wonder, did Jafet’s conscience ever got in the way of his journalistic eye? After all, he was effectively documenting a friend committing a long, drawn out suicide.

“You know, that’s a great question. I was a journalist for 12 years; I’ve worked for NBC, FOX, CBS, I covered the Oklahoma bombing, I’ve been to Israel, so basically the answer is that when you’re looking through that lens you kind of remove yourself from that situation. This isn’t going to sound very nice, but I’m there as a witness, not as someone who passes judgement. Had Phil fallen over and overdosed, would I have called 911? Of course; in a second. You have to remember this wasn’t a conscious effort to make a movie. It was a case of being out with Skid Row and listening to my journalistic instincts.”

So, if Varone was in the throes of self-destruction, at what point was he lucid enough that it made sense to present the idea of a documentary to him, have him sign releases, and basically get his blessing for the project?

“There was a time about a year ago, Skid Row had come off the Poison tour, and Phil was probably at his worst,” says Jafet. “I had spoken to him a few times while he was on the road – he’d call me in the middle of the night completely out of it – but when he came back his drug dealer picked him up, gave him two eightballs (one eightball = 3.5 grams of cocaine), and Phil went to a hotel room and didn’t come out for three days. That’s when he hit bottom. He called me and told me he had to quit, that he wanted to clean himself up. That’s when he also decided to leave Skid Row. I’m not going to go into detail, but he broke down when he started looking back on his career and realized he wasn’t happy with where he was at. That was when I told him that all was not lost, that he had a great story, and I suggested we sit down and see if we could come up with something that might help other people.”

“We cut an eight minute trailer and pitched it to a couple producers, and they were blown away,” Jafet continues. “It’s very real and it’s very shocking. People in their late 50’s, hard core Republicans, regular teenagers all watch it and they’re affected by it. A lot of people will say ‘Who’s Phil Varone and who cares?’, but it’s not about that. His story is not unique, unfortunately. The only unique part about it is that we caught it on tape. This is the stuff you read about and you see it, but you don’t believe it.”

Jafet offers a brief overview of the film:

“It’s divided into three chapters – Sex, Drugs, Rock ‘N’ Roll – and each section deals with Phil’s experiences with each. Rock ‘N’ Roll covers the bands he was in, the bad contracts that he signed; it’s very informative and offers a lot of facts about the music industry. The Sex chapter isn’t gratuitous, with girls just getting naked. It shows things like a woman telling Phil she’s married and her husband doesn’t know she’s there, girls flashing him and saying ‘What’s your name again?’. It shows what some people will do just to meet somebody famous, totally degrading themselves which is really sad. It’s fascinating. It’s like, what drives some girls to go and show her tits off or blow some guy because he’s in a band? And they don’t even know who he is or what band he’s in. To me, and any other normal person, that’s a really interesting aspect of the music industry.”

With that in mind, it seems doubtful that all the musicians and record industry people Jafet came in contact with would be supportive of the project, likely citing the “what happens backstage stay backstage” mantra as a way to preserve the road’s so-called secrets.

“There were some well known musicians that we talked to about being in the movie that turned us down,” Jafet admits. “We didn’t hit up too many industry people because we didn’t want word of the project to get out, and because it wasn’t a traditional rock movie, which would have scared a lot of people. John Daly signed on, so there are high hopes for the film. Some people think it can do better numbers than Some Kind Of Monster. I think we may get an NC17 rating, but I think you’ll see why. We’re targeting 300 – 500 screens and a DVD release because, let’s face it, this isn’t Spider-Man 3. Our website was only up for 16 days, and with no advertising we had 57,000 hits. It crashed three times over that period, so I’ll take that as a good sign (laughs).” 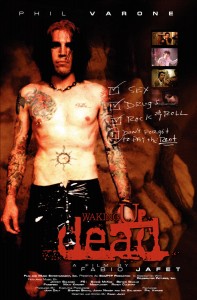