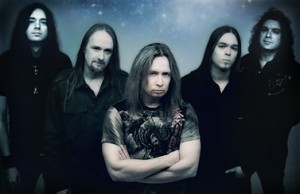 Rather than trace the trials, tribulations and general misery within the Stratovarius camp that tore the band apart with painful slowness, the focus is instead on their comeback-from-a-comeback album, Polaris. Suffice to say that between 2003 and 2008 the Finnish power metal outfit provided their fanbase with more soap opera drama than anyone deserves to be subjected to (see Wikipedia for the sordid details). Blow up, shake up, make up, break up, ex-guitarist/songwriter Timo Tolkki was at the center of the internal five year battle, his personal demons transforming Stratovarius into a car crash of epic proportions that effectively killed off any hope of a return to glory. The band wasn’t as dead as it seemed, however, with frontman Timo Kotipelto, keyboardist Jens Johansson, drummer Joerg Michael and bassist Lauri Porra choosing in 2008 to move forward as a unit, albeit nameless and without a concrete musical direction. The entrance of guitarist Matias Kupiainen as Tolkki’s more than capable replacement changed all that, with Polaris as the end result. An album that shows more than mere signs of life, it puts Stratovarius back in familiar territory and on a road that isn’t going to simply end around the next curve.

“It feels pretty good,” says Kotipelto, “especially because a year ago we didn’t have a band. We didn’t have a guitarist, we didn’t have any songs, we didn’t have a future, and I think it was only around that we time we started talking about getting a new guitarist. I was talking to Jens (Johansson / keyboards) about it a while ago and I told him it’s a miracle that we were able to make this album.”

With that in mind, was it clear from the beginning that the Stratovarius name was going to be attached to the new music once it was ready for release? 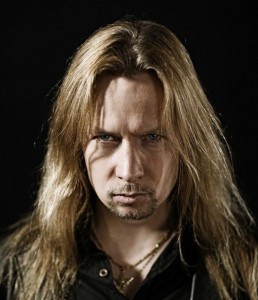 “No, definitely not,” Kotipelto admits. “We were thinking about it, but it all began for real last June (2008) when Matias, Jens, Lauri and me went to a cottage in my hometown and started composing some music and recording demos based on our ideas. We sent the demos to Joerg (Michael/drums) and he came to Finland in the middle of August. We rehearsed for three weeks and it was at that point we decided the music sounded like Stratovarius and that we should use the name. If the music would have been different, in my opinion it wouldn’t have made any sense to use the Stratovarius name, but I think this album sounds like the good old times. It sounds like all the things about Stratovarius that I like. If we had called ourselves something else there always would have been this ‘ex-Stratovarius’ label following us around, so it would have been pointless to rename the band.”

It’s one thing to want to use the name, quite another actually be able to do so. Tolkki legally owned the rights to the Stratovarius moniker and initially challenged his former bandmates’ plans, only to relent in May 2008 and sign over the name and all royalty rights. According to an official statement his reasons for doing so stemmed from his belief that Stratovarius could and should not exist without him as part of the line-up: “My dignity prevents me from using that name without my ex-band members. Simply, I dont want to have anything to do with that name in its present form, Jörg Michael, Timo Kotipelto and Jens Johansson ever again.” Kotipelto shrugs off Tolkki’s view of the situation.

“When we decided we were going to use the name, it was months later when somebody posted his ‘permission’ online, but we probably didn’t even need that,” he says, making no secret of what he thought of the situation. “He’s been talking about Stratovarius being his band, and of course he was the main guy and the producer, but I’ve been in the band for 15 years and Jens and Joerg have been in it for almost 14 years. It’s not only Timo’s band and it never was. Now that he’s calmed down – I don’t know for how long – he’s not angry about it anymore.”

If the press is to be believed, Tolkki butted heads with Kotipelto more than anyone else in the band in the years leading up to their initial demise. BW&BK got wind of this in 2003 by what was said and not during the promo trip for Elements Pt. 2. Kotipelto is candid about his current relationship with Tolkki, which he says simply doesn’t exist.

“I haven’t heard anything from him directly since September 2007. No phone calls, and I haven’t even seen him anywhere. I know that Jens had lunch with him a couple months ago just to see how he was doing, but that was it. I don’t hate him but he’s not one of my best friends, so basically there’s no relationship. I wish him all the best and I hope he’s successful in what he’s doing.” 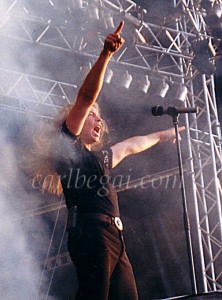 For Kotipelto the new album is the real follow-up to Elements Pt. 2. The band’s self-titled kiss-and-make-up effort from 2005 was a dark and brooding record that had very little resemblance to the music that made Stratovarius famous, an opinion that was shared at the time by the vast majority of fans.

“I think that album had its moments but I agree with you, it wasn’t Stratovarius as I see it, either. Timo was a bit sick at the time, so he expressed his feelings when he was composing the songs, and maybe he was fed up with his old style and wanted to try something else. I’m not a big fan of that album. Some of the songs are pretty good but it’s very depressive, and I guess that’s how he felt.”

Polaris is new territory for Kotipelto, Johansson and Michael. They had free reign to compose and arrange material as they saw fit, responsible only to themselves rather than having to concern themselves with how “the boss” would feel about their ideas. An odd and slightly unnerving position to be in according to Kotipelto.

“In the beginning there was a sense of freedom, of course, but because Timo composed almost everything before we weren’t sure of how the new album would sound. We didn’t plan on having these kinds of songs. We just put some ideas together and this is what happened. It worked out pretty well having four composers on this album, and even though Joerg didn’t write anything he was involved in arranging the songs. I don’t know how the fans will react, but there were some negative reactions from the beginning because Timo is no longer involved. The fans were afraid of how the album would sound without him, but hopefully they will be pleasantly surprised when they hear it.”

Tolkki’s absence isn’t as noticeable as one might expect. There are some tentative moments on Polaris, certainly, but Kupiainen has filled whatever perceived void there should have been. At the very least he’s made making music in Stratovarius fun again.

“I met him once two years ago, but he was originally introducer and a producer and engineer,” Kotipelto says of tracking Kupiainen down. “I had no idea that he was such a good guitar player, but of course there are always good guitarists around (laughs). A year ago Lauri did a TV gig at the Tavastia club in Helsinki for this album called Guitar Heroes, and the next day he called me and told me he met the best live guitar player he’d ever heard. He told me it was Matias Kupiainen, so I found him on YouTube and I was completely blown away. Lauri suggested him to Jens as well, who was very impressed. Jens told me Matias reminded him of the first time he’d heard Yngwie’s playing. He really has that special gift. So, I went to meet him about some other stuff, and after about 30 minutes I told Matias that it wasn’t the real reason I came down (laughs). I asked him if he’d be interested in joining the band and his answer was, ‘Uh…okay.’ We didn’t think about holding auditions or anything, it just felt right asking him.”

“When I visited him in his studio I saw that he had the Visions and Episode albums,” Kotipelto continues, “so he knew some Stratovarius stuff, but he’s more into progressive and heavier stuff. He’s also a power metal guy, so it’s a good combination. Matias can play different styles of metal, which is a great thing. He actually brought in the first single ‘Deep Unknown’, and he helped me with my songs by arranging them and composing the solo parts. It’s been very easy working with him. And what’s a big plus for me was, he produced my vocals for the album. Timo used to do all that, so it was nice to find out that Matias is a really good producer as well. He knows when to kick my butt and when to let things go, so we work well together.”

Regardless of how Polaris goes over with the fans, for Kotipelto the album is a huge success. To his mind the band has been able to recapture the spirit that turned Stratovarius into an internationally renowned act, which is something he never expected.

“It felt like it did when I joined the band 15 years ago and we started the Fourth Dimension album. It’s a new beginning, and what’s important is that everybody in the band has gotten that hunger back. Sometimes you lose that when you’re doing an album and then a world tour year after year. You get used to it, but when everything collapses you’re just happy to do anything, and you remember: ‘Why did I start singing in the first place? Oh yeah, because I loved singing….’ (laughs). That’s the way I felt making Polaris, and now we’re looking forward to actually touring again. It hasn’t felt this good in a very long time.” 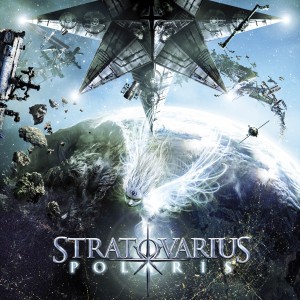 One thought on “STRATOVARIUS – To Be Continued…”