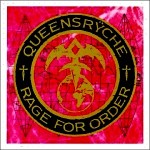 Having established themselves as something pretty damn close to unique with their classic self-titled EP and weirdo cold progressive follow-up, The Warning, Queensrÿche blindsided pretty much everyone with Rage For Order. The goth-glam promo pictures did a decent job of scaring the shit out of the people who cared, first single / video ‘Gonna Get Close To You’ finished the job with its brooding Depeche Mode-metal vibe. Most folks outside Canada didn’t realize the song was a cover, Canuck metalheads (myself especially) couldn’t believe one of their own would cover Lisa Dalbello, but it had the desired effect. I, like so many others that had dismissed Queensrÿche as being too over-the-top for their own good, weighed hype against weirdness and took a chance on the album, and was pleasantly surprised. Rage For Order is loaded with hooks, streamlining several of the songs in the spirit of EP tracks ‘Queen Of The Ryche’ and ‘The Lady Wore Black’ but leaving room for experimentation. Case in point with the infectious up-tempo guitar riff-driven tunes ‘Walk In The Shadows’, ‘The Whisper’, ‘Surgical Strike’ and ‘Chemical Youth’ (all foreshadowing a little masterpiece known as Operation: Mindcrime) spread evenly amongst the darker off-the-wall songs ‘I Dream In Infra Red’, ‘Neue Regel’, ‘The Killing Words’ and ‘Gonna Get Close To You’. And then there’s the apocalyptic little prog metal gem ‘Screaming In Digital’, easily the crowning glory of Rage For Order from where I sit thanks to Tate’s duelling vocal lines, the lush melodies, and drummer Scott Rockenfield’s syncopated “who the hell is Mike Portnoy?” performance (okay, Portnoy wasn’t a name player yet, but you get the idea). It’s fair to say that Mindcrime is Queensrÿche’s best record based on sheer intensity alone, but Rage For Order is a close second thanks to its own unique and unexpected charm.

It’s worth noting that the record label quite obviously bought the band a keyboard before they went into the studio; they really loved that “orchestra” pre-set 😉 And Tate’s whistles on ‘I Will Remember’ are much cooler than anything Klaus Meine or Axl “Release Date?” Rose ever put to tape.

As for the Poison Goes Goth “fashion” statement, it was a very, very, very bad sign of the times… 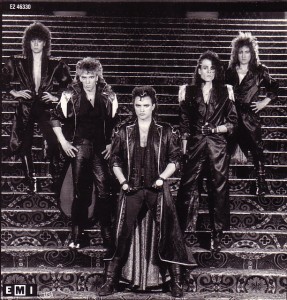 Fave tracks: ‘Screaming In Digital’, ‘The Whisper’, ‘Chemical Youth’, ‘Gonna Get Close To You’, ‘Walk In The Shadows’.