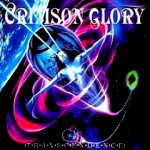 I’ve been planning to do a Retro Fit of Transcendence for quite some time, as it’s easily in my Top 5 Metal Albums You Need To Own Or Get Out Of My Yard chart, but with the tragic death of frontman Midnight (real name John Patrick McDonald Jr.) on July 8th , 2009 it’s become a tribute to greatness. This would still read as a gushing letter of fanboyship if Midnight was with us, though, because Transcendence was an album that took everything I thought I knew about guitar / vocal / prog shred at the time and twisted it sideways. The band wasn’t being overly experimental or increasingly off-the-wall compared to their self-titled debut from ’86; there was just more of everything. Big, open air production (it could have done with more bottom-end, but them’s small potatoes), twin guitar leads for miles backed by insane shred-ability that never fell into the future Dream Theater trap of being too damn technically proficient for its own good, ballsy and unique song arrangements, and a vocal performance that remains unmatched within the genre. Second track in, ‘Red Sharks’, was Crimson Glory’s finest moment bar none, a vicious five minute romp of Annihilator-goes-Iron Maiden guitar work with Midnight spewing venom in his full growl to King Diamond-wishes-he-was-that-cool range. Truly a song that has to be heard to be believed, as words don’t do it justice. The songs surrounding ‘Red Sharks’ are no less impressive in that the band never stays in one place too long, moving from bombastic (‘Masque Of The Red Death’, ‘Where Dragons Rule’) to Eastern-influenced atmosphere (‘Painted Skies’, ‘In Dark Places’, ‘Transcendence’) to flat-out commercially accessible (‘Lonely’). And while Transcendence owes a great deal of its magic to Midnight’s performance, ‘Eternal World’ is one of those obscure crushers that begged (begs) for the stage thanks to the jaw-dropping talent of four severely underrated players.

In the space of two albums Crimson Glory managed to create an enduring legacy within metal akin to Led Zeppelin’s (I’ll prove it to you when we’re still talking about them 30 years from now). When they called it quits after the poorly received Strange And Beautiful in 1991 fans pined for a return, to the extent that when Kamelot surfaced in 1995 the media pegged vocalist Mark Vanderbilt as Midnight with a new band (not even close). Additionally, the band’s 1999 comeback Astronomica, featuring the very capable Wade Black behind the microphone, generated a truckload of spite even though the material had a classic Crimson Glory feel and Black came closer than anyone to doing Midnight justice. Midnight’s 2005 solo album, Sakada, likewise failed to win over the majority of Crimson Glory fans because it wasn’t metal. In the end, however, the band’s mystique remains whole to this day, as potent as it was in the ‘80s.

Go to this location to check out Midnight’s solo material including an acoustic version of ‘Painted Skies’ with Jon Oliva, an updated version of ‘Lost Reflection’, and a cover of Stone Sour’s ‘Through Glass’. 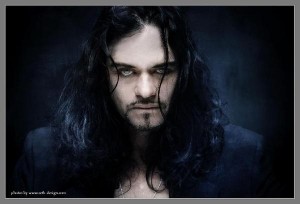