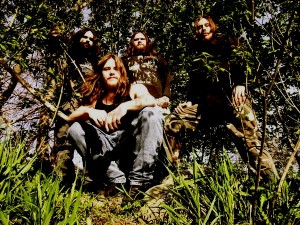 Not quite as unfathomable as an Italian folk metal band singing the praises of Finland, but pretty damn close. Montreal-based Blackguard are able to get away with playing the extreme folk card in that they hail from a part of the Canadian continent – yes, it is large enough to be a continent – steeped in a history of exploration, native Indians, prohibition-era Americans in search of alcohol, and the best poutine in the country (and the world, for that matter). Goderich boasts ice hockey, tailgate parties and a town square. All kidding aside, Battlesoul’s self-titled five song EP shows promise of bigger things to come; strong enough to stand out in an overcrowded scene, conjuring up images of an illegitimate Corrs sibling showing up unannounced for a round of Ensiferum-flavoured Celtic thrash. At the very least it’s proof of Battlesoul’s claims of Guinness, Jameson’s and At The Gates being major influences in all things metal.

“We’ve been around since the fall of ’07 and playing shows since February 2008,” says vocalist / bassist Jon Doyle. “I can speak most accurately from my own motivations for doing this. My family has an Irish Catholic background, and even though I don’t practice any of that I grew up around Irish culture and music. A lot of that goes hand-in-hand with the folk acts that are out there now. As I was growing up I fell in love with metal, and it was many years before I was even exposed to the idea of combining the two. It’s something that’s quite common today, especially in Europe, so I know it’s not a groundbreaking idea or anything like that, but it’s something that really appealed to me.” 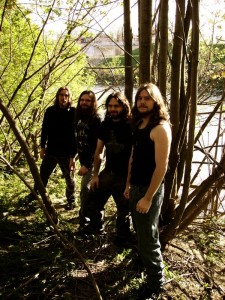 “The shows we’ve done have been pretty local so we haven’t branched out too much. I guess the reason we’ve been under the radar is a lack of promotion on our part because we truck in, play the show, try to hype things up on our MySpace page a little bit, but we’re not out there all the time putting out flyers and all that. Things are starting to work really well for us, though, so over the next little while we’d really like to amp up our efforts and get some more exposure. We’re working on a new full length album and we’re pretty excited about it so we want to step up our efforts.”

Expectations of those that have bought into Battlesoul’s brand of Celtic metal are high as a result of the EP. Always a good sign.

“It’s all of us writing together, definitely,” Doyle says of the creative process. “Generally one of us will write more riffs than the other guys, but there hasn’t been very much that we haven’t all contributed to. A lot of the stuff on the EP, save for the track ‘Battlesoul’, was mostly composed by Mike Grund (guitars), and that was stuff that he had ready when they band came together. That’s when it was just Mike and Nich (Ireland / drums), and it was very thrash influenced. When Thomas (Ireland) and I came I we helped give it a more Celtic feel. Mike and Nich embraced that because it really refined the sound. I have to give Mike most of the credit for the EP. When we formed the band, Mike’s influences were rooted in thrash, so it was a case of combining all of those elements. We’ve all embraced the folk metal scene, we love what it’s all about combining the two worlds like that. It makes it a very meaningful sort of music.”

Maybe so, but selling it to people is another story entirely. Folk metal goes hand-in-fist with Scandinavia and the assorted UK tribes, but for many diehard fans of the genre Battlesoul could easily be dismissed as a bandwagon band.

“I definitely agree with you,” says Doyle. “It’s kind of a double-edged sword because by getting involved in it we might be able to capitalize on some of the success of the genre, but as you said we could be painted with that brush. We haven’t actually heard that sort of negativity. Not yet. A lot of the places we play, a lot of the metal fans we play to are not of the genre, so we’re not dealing with competition fron other bands who have been around a lot longer. When we’ve been around for a while and when we start to do shows with other folk metal acts, that’s something we’re prepared to deal with. But, obviously there’s the stigma of a Canadian band playing Irish folk metal.” 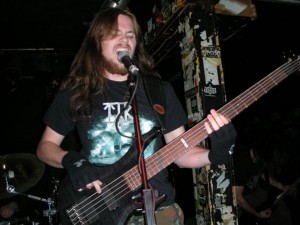 Which, according to Doyle, “hasn’t stopped us yet.” Even though Battlesoul is a small town band with a budget to match, they pull out all the stops in creating a folk metal production whether its in the studio or on stage. Anything they can’t reproduce themselves, such as a pennywhistle, is sampled and made to fit their agenda.

“We really prepare ourselves when it comes to putting on a good live show. That’s the most important aspect of playing in a band, and we all feel that’s the real test. If we’re going to go out there we should be at our best. You can write a great album, but the important thing is putting on a great live show so the people are talking about you at the end of it.”

Blackguard are mentioned as an example of how it’s done properly, as the Montreal sextet earned its reputation with their volatile live shows prior to being signed by Nuclear Blast.

“We’d play a show Blackguard any day of the week,” Doyle says. “Actually, pretty early on in the life of Battlesoul we opened a set for them when they were called Profugus Mortis. They’re terrific, and when I saw them play live I sort of had to re-evaluate what I was doing on stage because they left me thinking ‘I am not good enough here, I have to get a lot better than this.’ It’s a work in progress, but it’s coming together slowly but surely.” 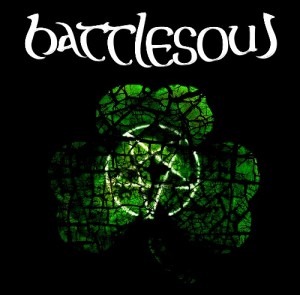 For more information and Battlesoul audio samples go to this location.