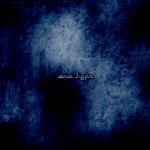 It’s a strange day in hell when a band bridges the gap between Dimmu Borgir and Voivod. Ana Kefr’s debut succeeds in doing just that; a vicious stand-alone conceptual piece featuring an uncompromising and ultimately unique sound in spite of the comparisons drawn. The Death Cult Armageddon vibe over top an instantly recognizable Voivod thrash and clatter is a shock to the system as lead-off track ‘The Day That Guilt Turned White’ gathers momentum, to the point that one wonders if Shagrath and Away were conscripted for the recordings. Dynamics reign, however, as Ana Kefr churn out what is quite possibly one of the most captivating listening experiences of the year, never remaining in one place too long yet smart enough to keep things simple and to the point. Not an easy task given the scope of the music. The here-and-there presence of My Ruin vocalist Tairrie B. is an effective twist to the proceedings, while raw “limited budget” production values keep things strikingly real. ‘Branded By Black Water’ could easily find a home on The Agonist’s new platter (Lullabies For The Dormant Mind), ‘Avenue Of The Queen’ is stripped down Dimmu, while ‘T.ruthless’ could pass for Nevermore done up with death metal vocals. Even so, namedropping on an indie release of this scale is almost a disservice. Instead, call the album 14 songs the present day metal / non-prog oriented Dream Theater wish they could string together, bleeding charm with an epic vision (‘The Orchid’) seen through street level metalhead eyes (‘Takeover’). Ana Kefr truly deserve to be signed and thus unleashed upon the world in respected “official” capacity, but only so long as the pencil-pushers and big name producers keep their noses out of the mix.

Go to this location for audio samples and more information on the band.