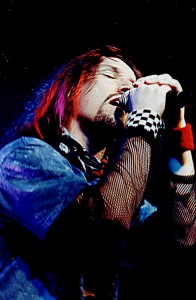 Ten years ago Sonata Arctica wanted to be Stratovarius. They’ve grown up since then, but first generation diehard fans haven’t necessarily grown with them.

The band’s last album, Unia from 2007, is the dividing line. It was unlike anything Sonata Arctica had done up to that point, leaning well away from the band’s power metal roots in favour of a hit-and-miss prog metal vibe. For every fan that disliked the new direction, however, there was another to take his or her place, ultimately making Unia a success. Giving credit where it’s due, Unia also helped the band to break out of the coffin they had all but nailed shut with their 2004 album, Reckoning Night, kissing their neo-classical predictability goodbye in the space of single record. Seemingly for good judging by The Days Of Grays.

“Unia was a huge shock for some people, but it was something we really needed to do,” states Kakko. “We gained a lot of new fans with that album and we won’t be going back to our old direction, as you can hear on the new album. There are actually one or two songs that could have appeared on the Reckoning Night album, though. I think this new album is much easier to get into than Unia.”

The Days Of Grays screams initially of a Unia II. Beginning with a three minute instrumental, the album kicks into gear with the eight minute symphonic-prog piece ‘Deathaura’, a track sporting Blind Guardian epic stripes coupled with present day Nightwish bombast. Admittedly, a very strong tune in spite of sounding nothing like the Sonata Arctica of old.

“When I write songs it’s always an adventure; I have no idea where I’m going with it,” Kakko says. “I just do what comes naturally and what feels good. That song is a case of something small and beautiful turning into something huge and massive and epic. It started out as a tiny song with a guitar, piano, and one vocal line, but at some point I started adding stuff to it. Suddenly it’s eight minutes long (laughs). The song wrote itself, basically. I never take anything out, and that’s probably my downfall (laughs). I just keep writing as long as I can.” 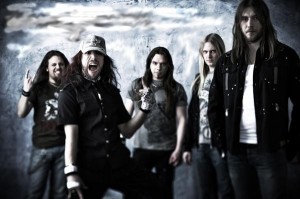 The Days Of Grays is an adventure, particularly if you’re fan that’s willing to forgive Sonata Arctica for the Unia record. It’s a grower, showing a little more backbone with each listen.

“I believe it lasts longer that way, and I actually get really worried when I hear an album that opens up in its first listening. If that happens it won’t last very long. When you can still find new stuff on an album after listening to it 10 times, that’s cool.”

It’s no secret that Kakko is the creative force behind Sonata Arctica’s music. He keeps an open mind with regards to what his bandmates bring to the table, but the final result of any studio work is based and shaped on Kakko’s vision. This was especially true of The Days Of Grays. He explains:

“I’ve actually taken even more control over the music (laughs). We’ve done stuff where we’ll write together during rehearsals, but these days it can be that the guys have no idea what they’re going to get. Like Tommy (Portimo / drums), sometimes he has no idea what song is going to be like until he’s in the studio. He basically has to trust what I’ve come up with and arranged on my computer, and sometimes he’ll tell me ‘Dude, I need three hands to do that…’ (laughs). I probably play 60% of the keyboards on the new album because there’s no point in Henrick (Klingenberg) stressing over it if I can play the stuff.”

“Sonata Arctica is a democracy with a leader,” Kakko adds. “These songs are mine, but we can write songs on our own and combine ideas which makes things easier when we go into the studio because we have something completely ready as a demo. I have the basic idea for the songs set out, and then the guys can do pretty much whatever they like. There are limits, of course, so that the original idea I had isn’t compromised because I write certain parts that have to stay exactly as I wrote them. Especially when I have ideas about how the vocals should compliment the instruments.” 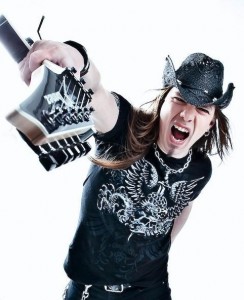 One of the most important aspects of The Days Of Grays is the addition of guitarist Elias Viljanen to the line-up. He replaces original Sonata Arctica guitarist Jani Liimatainen, who was given the boot when it became clear his heart and mind were no longer with the band. And in spite of holding the reins Kakko says Viljanen’s contributions had a definite effect on the direction of the new album.

“He knows what he’s doing and I didn’t want to touch that,” Kakko says of Viljanen. “The Days Of Grays is actually a lot different from Unia because of that. I think this albums has a lot more mid-range, and that surprised me a bit when I started listening to the mix. It’s different, but it’s perfect the way it is.”

“I knew he was quite talented and that he had his own style of playing, so I was really looking forward to working with him,” he adds. “I was amazed by his performances during the auditions. He’s a little shy still: I don’t know if he’s scared of me or something, but he’s respecting me a bit too much (laughs). He recorded his stuff for the album by himself in Tampere (Finland) and I wasn’t there at all, so I was kind of expecting more rock-styled playing in places, but Elias has his own style and that really came through. Nobody should try and change that, either.”

Looking back on the last decade Kakko admits he’s a bit surprised by how Sonata Arctica has evolved since their 1999 debut, Ecliptica, but change is inevitable and he feels it’s been for the better.

“In some ways I can still see the red line joining the two albums, but we’ve gone a long way since Ecliptica. In some ways we’re a totally different band now. Back then we were a bunch of guys trying to be like a band they admired, which was Stratovarius. I was totally blind back then; it was Stratovarius and that was it. After two or three albums we realized it wasn’t necessarily the way we wanted to do things and we found our own style. The Stratovarius influence is still there, of course, but it’s been mixed up with so many other things.” 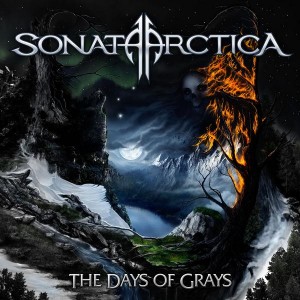