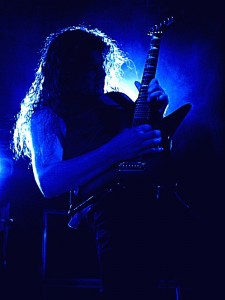 They don’t come any more down-to-earth than guitarist / vocalist Greg Fraser. Having lived the rock star life through the ‘80s as a member of Canadian hair band Brighton Rock, he’ll be the first to tell you that his new band Fraze Gang isn’t destined to take the same path. Not that he would complain if they did; Fraser is only too aware of just how far his brand of ‘70s-edged melodic rock will go over in this day and age with the music-buying / stealing public. He isn’t bitter nor does he think that the world owes him another shot at the brass ring, however. On the contrary, Fraser, bassist / Brighton Rock bandmate Stevie Skreebs, and drummer Phil Epp are quite content making music without the pressures of living up to the expectations of label reps and fans. Besides, if and when Fraser feels the need to play rock god for the masses he always has his reunited-but-not former band to fall back on.

Case in point with October 30th, 2008, when Brighton Rock joined Helix, Andy Curran and Russ Dwarf of Killer Dwarfs fame for a benefit show to raise money for Coney Hatch frontman Carl Dixon, who was seriously injured in a car accident earlier that year. A show that inadvertently fuelled rumours that Brighton Rock were getting back together for the long haul.

“Man, that was so cool,” Fraser says of the occasion. “It was almost like it was our show (laughs). I don’t want to take anything away from anyone else but there were a lot of people that just went crazy when we hit the stage. There were fans from all over that came out to see us, we were really tight and everybody was just so enthusiastic on stage, it was all for a great cause… it was just perfect. The night couldn’t have gone off any better, it was amazing. We came off stage and we were like ‘God, let’s do that again!’ (laughs).”

Fraser doesn’t see any reason why Brighton Rock shouldn’t get back together for more shows at some point, but the chances of going back to the grind of writing and recording a new album followed by a real tour schedule are slim at best. He explains: 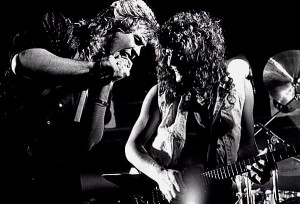 “It’s one of those things where everybody wants to do it, but because we don’t have agents or management behind us anymore that makes it tough. Nobody’s doing the groundwork, and once you open that door and try to do it yourself it’s nothing but roadblocks and headaches trying to get it all together. We’ve got an offer to do Rocklahoma 2010 and they’re basically saying ‘What would it take to get you guys down here?’ so we’re feeling things out. We don’t want to sound greedy but we want to make some money at the same time. I’ll play for free so long as it doesn’t cost me anything. It’s all wait-and-see right now.”

Promoters are less enthusiastic about Fraze Gang, however, largely because they can’t be bothered to take the time to give the band a closer look.

“It’s hard for us to get live shows because we’re not a proven act. A lot of the promoters out there are a lot younger than us so if we tell them ‘Yeah, we used to be in Brighton Rock’ they’re not impressed at all because they might have maybe kind of heard about the band once. We get offers to do shows in Germany and England but they’re one-off shows and the money is crap, so we just can’t do it. Unless you’ve got a big record company behind you like in the old days there’s just no way. We’re hoping that as we release more singles that something might catch and we can play off of that.”

Fraze Gang followed up their independently released 2006 self-titled debut (officially released in 2008 via Bongo Beat Music) with a digital EP in September 2009 entitled Don’t Call Us. The band would have preferred to issue a full length album, but according to Fraser doing so didn’t make any sense given the level the band is at currently. 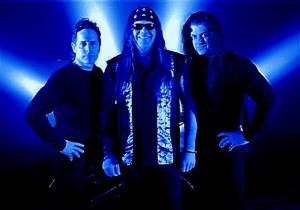 “It seems that people aren’t buying CDs as much anymore. They’re into buying online singles, so what we’re going to do is release three track EPs for the time being and wait until we’ve got 12 songs recorded – a CD’s worth of material anyway – at which point we’ll put them out together on an album. Also, the thing I found when you do it this way is that the songs get highlighted a lot more, whereas if you do an album with 12 songs you’re keyed up on one or two songs and the rest kind of get lost. It sucks when you put so much work into the music and a lot of it doesn’t get any attention. With our debut album, we sold a lot of singles but not a lot of CDs. It did well, but nothing compared to Brighton Rock. And when people do buy a CD what do they do? They put it on their iPod or whatever and stick it on the shelf. I’ve got kids, and if they get a CD the first thing I hear is ‘Can you put this on my iPod?’ (laughs).”

“I miss having the physical album in my hands and out there, though. I remember the old days of vinyl, I’d go into Sam The Record Man (on Yonge St. in Toronto) and spend a lot of time leafing through albums and getting turned onto a band because of the cover. Good times…”

The title track of the new EP is in fact a cover of the classic Sugarloaf tune from ’75, backed by one of Fraze Gang’s heaviest songs to date, ‘Rampage’, and the ballad ‘This Is It’. A sign of good things to come if the band continues in the same direction.

“I’ve loved ‘Don’t Call Us’ ever since I was a kid. We tried doing it in Brighton Rock. We actually recorded it but the record company turned it down and said ‘If you’re going to do a cover do a Canadian band, eh!’ They were actually pushing us to cover The Stampeders (laughs). I remember we were going to do ‘Smokin’ In The Boys Room’ way back but Mötley Crüe beat us to it. Godammit (laughs). Gerry (McGhee / vocals) would have been wailing on that song. Fraze Gang covering ‘Don’t Call Us’ just came from warming up and jamming on the song because I was into it that day. I started playing the riff and it came together. It just sounded great.” 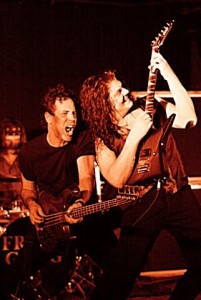 “That heavy shit is in my blood,” he adds. “Back in the days of the big record deal, they wanted us to give them 10 songs but they didn’t care what seven sounded like. They just wanted three good singles for radio. We had to make sure that they were happy, and the other seven songs were the ones we liked that we knew would never go to radio. I kind of had that mindset when we started Fraze Gang, that to get noticed we had to have a song for radio. After the fact I realized that we weren’t going to get radio play anymore. We’re not in our 20s anymore, who are we trying to kid? Why even try to go down that road? We just write what we truly enjoy playing on stage, something that really gets your head banging, and we’ve been doing a lot of that lately.”

Asked if he, Skreebs and Epp have a plan of attack with regards to the aforementioned single / EP releases – perhaps looking at having a full album out within the next two years? – Fraser admits they haven’t thought that far ahead. Chances are they won’t be wasting time worrying about it, either.

“We don’t really plan things out. I’m constantly writing, I always have a guitar around somewhere and when I come up with a riff or something I put it down on my mp3 player to keep a record of it. It gives us an excuse to get together. We just kind of go with the flow. ‘Hey, you wanna get together and jam? Sure. Okay. You buy the beer…’ (laughs). If something is working we keep at it until it turns into a song. We don’t really strategize what we’re doing and that’s what’s fun about this band. There’s absolutely zero pressure on us, so we’d rather take a little longer and put out a good product rather than trying to rush something thinking that there’s demand for it so we have to get it out now.”

“We’d be doing this whether or not the songs got released, whether or not we went into the studio ever again. For me that’s what music is all about. We don’t know what it’s like not to be musicians, this is what we are.” 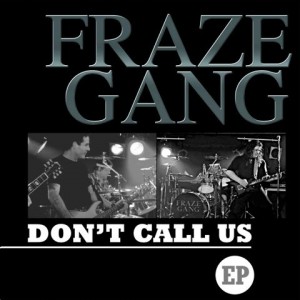 Purchase the Don’t Call Us EP at CDBaby.com and via iTunes. All three tracks – ‘Don’t Call Us’, ‘Rampage’ and ‘This Is It’ – are available for streaming on the band’s official MySpace page.

And, a subliminal message from Yers Trooly: