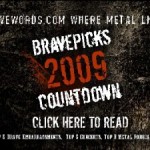 The great thing about having my own website is that I’m able to say what I like. Within reason of course, but the bottom line is I’m able to step away from the neutral ground of a professional environment like BW&BK. Not that I’m planning on being amateurish or infantile; I just figured I’d offer up a few items for your consideration that I find interesting and worthwhile. The curious and open-minded should read on, folks looking for illegal downloads and tabloid fodder should click here.

First off, the eternally sexy BW&BK family has posted the Best Of 2009 list in a nifty online flipbook. It’s the annual writer rundown of Top 20 cool albums, Top 5 pieces of crap, Top 5 shows, and predictions for 2010. Definitely worth reading if you’re into seeing what actually fuels the minds and souls of those of us behind-the-scenes. And for the record, yes, I really did put Daniel Merriweather down as one my fave shows from last year. 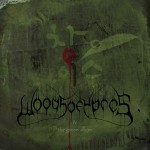 I’d also like to draw attention to Woods Of Ypres’ new record, entitled The Green Album. There’s a review here to give you the long and short of why the album kicks ass, but I think it’s important to stress the fact that the band is still an independent act four albums into their – or rather, frontman / founder David Gold’s career. It’s rather mind boggling to tell you the truth given the quality of the music that he’s issued over the years. Near as I can figure Woods Of Ypres has consistently scared the shit out of bigger name labels with each release because the music is on the brazen side of epic. Think Opeth with more beer in the system. Either that or they’re intimidated by Gold’s all or nothing approach, which consists of sending out promo packages that weigh more than your average full-to-the-brim one liter cup of coffee. And every cent for sending said packages comes directly out of Gold’s pocket. He’s become something of a Canada Post legend, known for showing up at the counter no matter what the weather with armloads of packages going out to all corners of the world whenever a new slab of music is in the can, better versed in all things sent Par Avion better than the folks that work there. His tenacity should be rewarded. Support indie music, check Woods Of Ypres out here and buy yourself some Canuck doom. 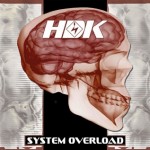 Another fave of mine is the HDK debut System Overload, which was released on Season Of Mist about a year ago. A wonderfully crafted thrash hell album courtesy of former After Forever guitarist / vocalist Sander Gommans and Avantasia / stand-in Epica singer Amanda Somerville. It’s a record that remained under the radar due to being on a small label with limited promotional resources (although the syringes that went out to the press were a nice touch) which is a crying shame. Yes, Sander and Amanda are friends of mine so this sounds like a buttload of ass-kissing (think what you like) but from a purely musical standpoint it’s the most adventurous thing either one of them has ever done. And it smokes everything After Forever put to tape and hard drive. Take my word for it; give it a listen here. The song ‘Pedestal’ gives me a Viagra happy face every time.

Check out my interview with them about the album here. 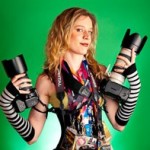 In late 2009 I was asked by French-American photographer Audrey Dujardin if I’d be willing to write up a brief recommendation in the interest of tweaking the portfolio for her ShutterBLAST.net empire. Audrey and I have been crossing paths since 2006, and her request came from the simple fact that she’s a fan of my writing to the same degree I respect her work as a photographer. She didn’t want a glowing car-salesman ego pump, just my honest take on all things Audrey as I see them. I don’t kiss ass regardless of how cute it might be 😉 so I was glad to do it (check it out here).

The reason I bring this up is because over the last couple years Audrey has gone from being a one woman F-stop army to an in-demand contributor to publications like Metal Hammer and Terrorizer, has steady jobs all over the map, and has officially put breathing as second on her list of priorities. She is a REAL photographer; none of this poser stand-in-the-photo-pit-with-my-camera-set-to-nuclear-motordrive-and-oh-LOOK-at-all-the-pics-I-can-choose-from-to-pretend-I’m-a-big-smoking-deal bullshit. Watch for some of her work to appear on this page as she chooses… but only because I ask nicely. Check out the ShutterBLAST.net link above, take a look around.

She’s also been one of Emilie Autumn’s on-stage Crumpets and Swashbuckle’s mid-set shark attack since working the shows wasn’t enough. Watch for an interview if we can finally get our collective shit together. 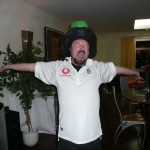 Finally, a bit of self-important promotion. The shoe is going to be on the other foot soon as I sit down in front of a camera for the upcoming Atrocity DVD. Frontman Alex Krull asked me last year if I’d be willing to do a short interview for the package, and initially I didn’t see how I could offer any useful insight compared to other media folks. I’ve followed the band but I’ve never been a diehard know-it-all fan. The more I thought about it, however, I realized I do in fact have some interesting bits and pieces and anecdotes to share after all, including live Atrocity pictures from over 10 years ago featuring on-stage strippers ;-). It should be an interesting conversation.

One thought on “Update: In Praise Of Colleagues, Friends, And An Impending Atrocity”