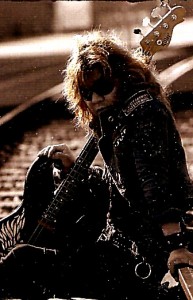 Bassist Taiji Sawada can lay claim to having belonged to two of the most popular metal bands in Japanese history. From 1985–1992 he was an integral part of X – better known as X Japan after ’92 – recording three albums before musical differences led to him getting the boot. To date the band has sold well over 20 million records, all without record label support outside Japan. Following his dismissal he was snapped up by Loudness, long known the world over as Japan’s premiere metal act, recording one studio album and a live record before calling it quits in 1994 for personal reasons. Since then Sawada has made his mark with Dirty Trashroad (affectionately known as D.T.R.), Cloud Nine and assorted smaller projects, but his latest outing Taiji With Heaven’s stands to gain a serious large-scale following if it receives the proper push.

Taiji With Heaven’s has been Sawada’s pet project for the last several years, finally come to life with a five-and-a-half song self-titled EP. His focus on the band has raised some questions as to whether he will continue with Cloud Nine, a band he launched with guitarist Shu in 1999, left for personal reasons, and returned to in 2007.

“Me and Shu are as good friends as ever,” says Sawada. “We are definitely still together and I am planning a new project with him as well. It’s way too early to talk about making an album since TS Project started very recently. The project with Shu will also have Heaven’s singer Dai and a female drummer, Hina from Crazy Quarter Mile. It will be something my fans will find interesting. I never thought a girl can play drums this hard; she’s a very solid rock drummer. As far as Taiji With Heaven’s goes, it took us four years to get to where we are right now. It’s not something just popped up. And during that period Cloud Nine had a superb bassist called Maru so I had the luxury of spending time to form and work on my own band. It’s all new, I created the songs together with the guys in this band. Their passion for music struck me like a lightning bolt. They’re not interested in frivolous crap; how you look or what you wear. Very determined musicians.” 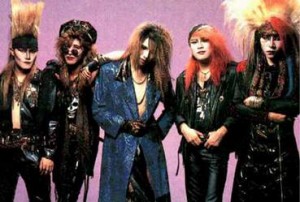 The EP is a guaranteed surprise for the vast majority of X fans. There are definite leanings towards Cloud Nine’s modern-edged metal sound as expected, but the songs are also strikingly reminiscent of X’s third album, Jealousy. Heaven’s vocalist Dai is dead ringer for singer Toshi and the music has a similar vibe to Jealousy’s heavier tracks ‘Miscast’, ‘Desperate Angel’ and ‘Stab Me In The Back’. The lone ballad on the EP, ‘Wish’, is done in trademark epic X fashion, complete with piano and strings and clocking in at over seven minutes. Asked if the record was a calculated attempt to recapture the traditional X sound – particularly in the wake of the reunited X Japan’s darker direction – Sawada maintains it’s nothing of the sort. The claim suggests he had more of an influence on X’s music than people gave him credit for.

“All I can say is that there is no X in me right now,” he states. “Everyone wants to ask me those kind of questions but my musical inspirations comes up in very natural manner. It wasn’t intentional. I’ve always been a fan of music and not by which era it’s from. I never really cared about which band is from when and whatnot. No intention whatsoever. It all just came naturally and intuitively.”

Sawada’s opinion of the ongoing X Japan comeback is even more dismissive.

In spite of his continued involvement with Cloud Nine and the new project with Shu, Sawada says fans can expect a full length album from Taiji With Heaven’s in the near future.

“I don’t plan this to be a one time thing. We still have a lot of material that we didn’t use this time. ‘Freeze’ (which appears as a snippet on the EP), for example, is a song written by me and the title represents my emotional state. I believe this song has room for further growth and because of that we came up with dozens of different patterns for this song. This EP is only an introduction for people to get to know what we are about.” 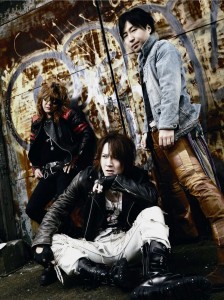 “Supposedly, reactions have been very positive,” he says of the feedback. “Whatever the result may be I’ve gotta keep flying. And the Heaven’s is the band that lets me fly as high as I can get. I can’t really say whether people like our CD or not because it’s only been out for a little while. We can only present each songs with emotion that goes with it in a live situation. And I think the reaction follows accordingly.”

At press time Taiji With Heaven’s had two shows booked, with their live debut due to take place in Tokyo in March. The assumption is that the band will dig into Sawada’s past, selecting material from D.T.R., Cloud Nine, possibly even Loudness and X to fill out the set. He hasn’t ruled anything out.

“Ryutaro (guitars) has copied (X ballad) ‘Voiceless Screaming’ note for note,” he reveals. “As for old songs, we’ll wait and see. I don’t feel any pressure at all. I just go out and do whatever I feel is right at the moment. I don’t even think it’s for my fans. Just working hard to accomplish my musical goal.”

Looking back on the past, Sawada offers some insight into his joining Loudness in 1992, a move that caught everyone including him off guard. He still looks back on the experience fondly.

“Akira Takasaki asked me to join when I was fired from X. It truly blew me away since Loudness was my favorite band of all time. If I would have to give you reasons for leaving I’d have to write a book about it. The time and experiences I spent with Loudness were just incredible. I cannot express my gratitude in words. I still benefit from what I’ve learned from them in all aspects of my life. I thank them from bottom of my heart.”

As for X’s early year glam image, featuring some of the biggest hair known to man and metalhead, Sawada sheds a bit of light on the secret behind their gravity-defying hairstyles.

“Due to my environmental concerns I stopped using hairsprays with CFCs, but those days it took us from dusk to dawn to have our hair looking like that (laughs).” 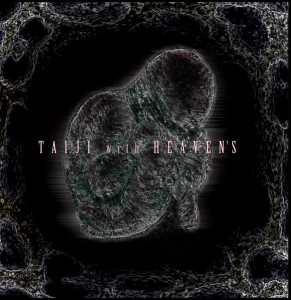 To check out audio samples and purchase the EP go to this location. Check out the official Taiji With Heaven’s MySpace page here.

Just for fun, check out my review of X’s second album, Blue Blood, written 20 years after its official 1989 release.

— Special thanks to Tomomi for setting up the interview, to Taiji Sawada for his time, and to Takashi Kanazawa for playing interpreter and for his continued support.

One thought on “TAIJI With HEAVEN’S – In The Blood”