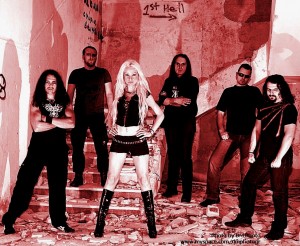 Free music, acquired legally and available to anyone that wants it. A novel idea in this day and age, and one that could result in some well-deserved attention for Kinetic when they finally unleash their next album. The long suffering Greek sextet did the deed in 2008, releasing an EP entitled 6.6.6.6. via their official website as a free digital download for diehard fans and the merely curious, a deal that’s still up and running to this day (see below). As Kinetic enters its eighth year together – a much different animal now compared to their early years – bassist / vocalist Savvas Betinis believes the band is finally on track. In essence, 6.6.6.6. was a new beginning for the progressive death metal outfit and things can only get better as far as he’s concerned.

“Things in Greece are rather good for us,” says Betinis. “Kinetic has been around for over seven years and most of us were members of other historically important Greek metal bands. I was part of Acid Death for 12 years, for example, and we were the first progressive death metal band in Greece in the ‘90s. Kinetic has become fairly well known in Greece so things have been good I’d say, but we’re faced with the question of how to make our importance stronger outside of Greece. That’s where the difficulties are. We’re a small band with two full length CDs and a mini-CD, and we’ve had to face the lack of support from our now ex-labels, but we’re trying our best.”

Betinis explains the thinking behind 6.6.6.6., revealing that Kinetic wasn’t thinking in terms of a marketing scheme when they released it without a pricetag.

“That was a present from us to the fans to celebrate six years of existence. It was my idea and I talked to the other guys in the band about it because we were celebrating six years of existence, we were six people in the band, and our celebration day is December 6th. They liked the idea so we re-recorded three songs from out last full length CD, Corrosion, to include our new female singer Maria-Melissa’s voice. We also made a special mix of songs from our first mini-CD (Soul / Emotion / Flesh from 2003) that only a few fans around the world have. So, in the end we had 6.6.6.6. (laughs).” 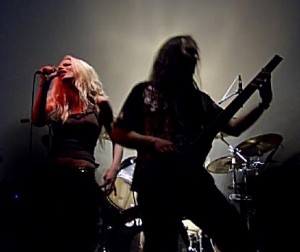 “I’m happy we did things that way,” he adds. “I think it’s better for the music to be heard than not to be heard. It would have been stupid if we had sold it because it wasn’t a new Kinetic album. Giving it away to anyone that wanted it can only be good for us. Of course it’s a good way of doing some advertising, but it’s also good for the people that already know Kinetic.”

The EP also served to introduce Kinetic fans to the band’s new and hopefully final line-up, with Maria-Melissa Routi being the final piece of the puzzle.

“It’s a rather big story that began over three years ago. We started Kinetic as a classic four-piece band back in 2002, and when we finished the Greek tour for our first full length album (The Chains That Bind Us) we started working on new material. About six months into it an idea came to the table: can we push Kinetic to its limit and if so, how? The proposal was to add a female voice just to have the melody that my voice didn’t and couldn’t have, and to have keyboards to add some atmosphere. I had some bad experiences with keyboards back in the ‘90s, so I was the one that said ‘Please, not again!’ (laughs) but unfortunately I was out-voted. In the space of about one-and-a-half years we went through three female singers until we finally found Maria-Melissa, and we have a keyboard player (Vaggelis Kakarougas) that’s still in the band. The problem we had working as a six-piece was that the material for our second album, Corrosion, was already written. So we had to rearrange everything for a female voice and a keyboard player. But, that was a good experience for us. Between 2007 and now we’ve been working on our third album, and I daresay this six-piece line-up works well.”

“When we announced that we were adding a female singer and a keyboardist the first thing we head from many fans in Greece and abroad was ‘Oh no, not another Lacuna Coil band!’ (laughs). I think that’s because there’s this idea that if a band has a keyboard player and a female singer they can only sound like Lacuna Coil or Nightwish or bands like that. I like those bands, but Kinetic isn’t like them and the only way I can see us convincing people of that is by getting the new music out to the fans and doing live shows. That’s our only weapon.” 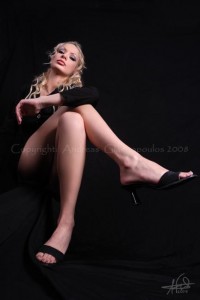 It doesn’t hurt, however, that Maria-Melissa Routi also happens to be a professional photo model. Death metal and modelling make strange bedfellows, no question, but Routi’s day job certainly doesn’t have a negative impact on the band.

“For her it isn’t that strange, it’s just a reality,” Betinis laughs. “The strange thing is when Maria-Melissa mentions to other celebrities or people in that circle that she is not only a photo model but sings in death metal with a growling vocalist. You just see their faces go ‘…oh…’ (laughs). Having a Maria-Melissa in Kinetic is good for the band, of course, because it gives us some added exposure, but we never went looking for that. We wanted a female singer who loves being a part of the band and loves making music with the rest of us.”

Sporting the title Human Horror Industry, the new record is due to be released later this year. Kinetic began working on the album at the end of 2009 as an unsigned act and remain homeless label-wise, but only for the time being according to Betinis.

“We’re making a complete package with this new album right down to a video that will be included on the CD, and once everything is done we’ll begin searching for a new contract. We’ve had record deals with two labels based in Greece – the first was Sleaszy Rider, the second was Burning Star – but things didn’t work too well for us. That’s probably been the biggest disappointment for Kinetic.”

“If you like what you heard on Corrosion I’m sure you’ll like our new album because the new songs were written for six people and not four plus two, like the three songs on the EP with Maria-Melissa. There are 10 new songs on the album written by all of us, and the whole production sounds more complete and more complex. It’s some of our best work.” 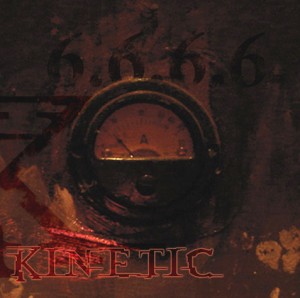