In the meantime, a new video report from Amanda is available here. Below are a few highlights from the experience:

— the shoot takes place in an old public swimming facility with three separate Olympic-sized pools. A protected historical monument in Nuremberg, Germany that plays on the idea of a Roman bath house. Hasn’t been used in at least 15 years, the pool areas are creepy as fuck, especially without water in ’em. A splatter movie director’s dream. I would NOT want to be in this place with the lights off.

— colder inside than it is outside by about 10 degrees. And that’s with all the spotlights up and running.

— Sander presents the Sink Of Eternal Ick, the official Eighth Wonder Of The World discovered in one of the change-rooms during the initial look through the place. The porcelain is frickin’ ALIVE, I swear…

— there are many uses for spotlights in a deathly cold room; hand warmer, foot warmer, and in Mat’s case the Left Ball Warmer.

— in spite of the fact cast and crew have been up since 6:00am, completed one video that morning followed by a photo shoot, everyone is in good spirits. Okay, some grumbling about a 2 hour delay but nothing life threatening. 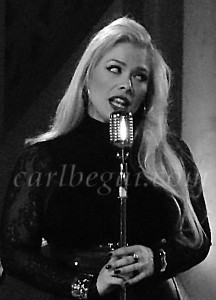 — Amanda heads to the bar across the street for a bathroom break with her hair in mega-curlers, looking like one of Chris Tucker’s favourite girls in The Fifth Element.

— Sander saves a cup of steaming hot coffee after taking a bad step and burning his shred (right) hand in the process. Amputation is prevented when The Girlfriend announces she has the ultimate cure for major injuries: Nivea hand cream.

— I discover that Kiske is not as anti-metal as everyone thinks, he’s simply pro-music. Has plenty of cool things to say about Kai Hansen (Gamma Ray) and Ralf Scheepers (Primal Fear), and is interested in hearing Helloween’s new horns-n-blues version of ‘Dr. Stein’. Not because he wants to hear them fail, but because he thinks it’s a cool idea.

— Kiske offers up some road stories, including the infamous tale about the rabid Toronto audience that bought up an entire trailer’s worth of merchandise in the space of a few hours when Helloween hit Rock N’ Roll Heaven in 1988 on the Keeper tour. Yes, I was there. No, I didn’t get the T-shirt. Dammit.

— the drums are so loud thanks to the room’s acoustics that the music is almost inaudible. Everyone is deaf after the first take. Just the sound of splashes, crashes and a rattling snare ringing in our ears. Imagine someone beating a fly into mush for three hours using an aluminum dinner tray and you get the idea.

— Amanda’s stylist tells her she might want to tone down her singing a bit so the veins in her head stop popping out. Apparently the camera picks up that kinda thing.

— director Martin Müller uses a discarded coffee cup as a megaphone but ends up sounding like Charlie Brown’s teacher. Still, he manages to make himself understood through a flailing of arms.

— I’m wearing shorts and a T-shirt + a short sleeved shirt, the room is freezing, but only my nose is cold. Really frickin’ cold. Feels like someone jammed an icicle through one of my tear ducts.

— Kiske keeps forgetting one line of the song until Amanda suggests he tape the lyrics to his microphone. He does, it works…

— shot of Jägermeister at the bar across the street during a mid-shoot bathroom break = a moment of genius. Mine of course, especially since The Girlfriend paid for it 😉

— Sander trips over the same light stand twice. Big thing, eight feet tall (not Sander, the stand). No one gets killed but it becomes clear why he ended up wearing the coffee he was carrying back from the bar. He officially earns the title Man With No Control Over The Physical Universe 2010.

— Rami plays every take, almost three hours total. He’s the only person in the room with a body temperature above -2.

— Mat comes dangerously close to having his iPhone ripped off by The Girlfriend when she discovers it takes better pictures than her own.

— when head camera dood Eddie declares “That’s a wrap!” at midnight he gets an assortment of confused looks. The echo in the room is so extreme that everyone thinks he said “That was crap!”

Watch for the video towards the end of the year. More pictures coming soon.

— all photos by Carl Begai, except for the ones he appears in. Those were taken by Alexxx. 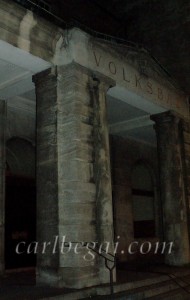 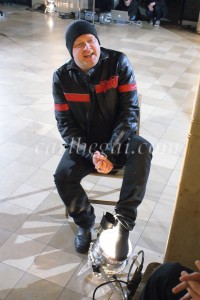 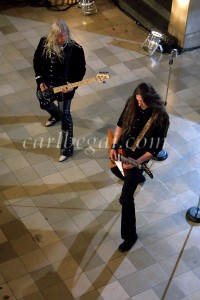 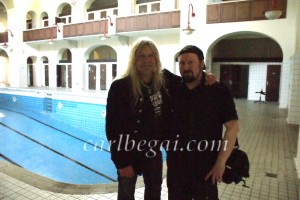 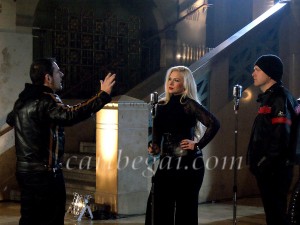 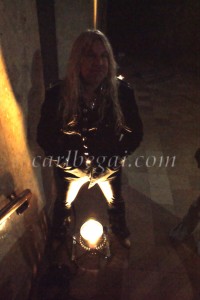 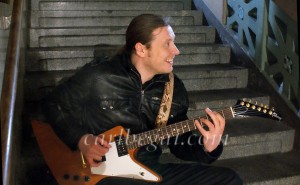 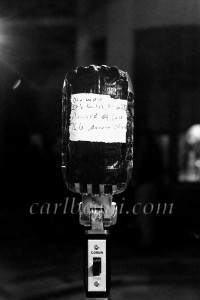 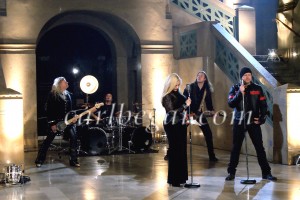