I recently spoke to Waters about the album; the interview will be online soon. Check out the album details here. Release date is May 17th… 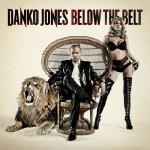 The new Danko Jones record Below The Belt likewise takes lessons learned from his previous one (Never Too Loud) and changes things up considerably. Danko and Co. have gone back to their punk KISS rock sound circa Sleep In The Enemy, resulting a welcome return to the man’s piss-and-vinegar fun factor. The album is a kick in the ass if you enjoy his older stuff. Extra points for shredder ‘I Think Bad Thoughts’, the KISS-esque ‘Tonight Is Fine’, and the ultimate “there’s a bus leaving, be under it” song ‘I Wanna Break Up With You.’

First single ‘Full Of Regret’ is currently streaming on Danko’s MySpace page here. Other samples and updates can be found on his official website. And an interview on the way to BW&BK soon. 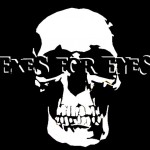 Something new came across my desk in the form of Exes For Eyes, a modern-edged thrash oriented project out of Somewheresville, Ontario headed up by guitarist Dave Sheldon, who was last seen wielding the bass on tour with Annihilator in Europe (check out the new Live At Masters Of Rock DVD). Musically the band is very reminiscent of Never, Neverland-era Annihilator while the vocals – provided by one James Arsenian – are Soilwork-ish growls minus the melodious flip flopping. Sheldon is one hell of a guitarist, and the more I listen to this the more Arsenian reminds me of a young Machine Head named Robb Flynn. Looking forward to seeing where this is going because the 12 songs I’ve heard smoke righteously. Check some of ’em out here.

And finally, click here if you want to see some impressive acoustic guitar playing. No, actually it’s shred. I recently stumbled upon the Barenaked Ladies’ official Bathroom Sessions from 2007. It’s really just frontman Ed Robertson performing acoustic versions of the band’s songs in, you guessed it, his bathroom, with occasional visits from now former co-frontman Steven Page. Talented as fuck, these guys. No effects on the voices, and I’m in awe of Robertson’s six string abilities. And if doesn’t sound complicated… bah. I broke two fingers trying to play ‘The King Of Bedside Manor’ trying to keep it up to speed, and contrary to popular belief I do know how to play. Or at least I thought I did until now 😉