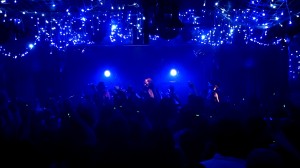 On the strength of their self-titled debut EP and the expectation of a surprise or two based on Sawada’s 25 year career – his past with X, Loudness, D.T.R. and Cloud Nine offering a wealth of extras to choose from – Taiji With Heaven’s played host to a full house of only 250 diehard fans. I would have hedged bets on a larger venue given Sawada rose to fame with X back in the ‘80s – a band that racked up album sales of over 20 million – and remains a revered musician in Japan, but this new outing has been very low key from the outset. The show, on the other hand, was anything but quiet…

Leading off with ‘Keep The Faith’ and sliding into ‘Warning’, the band put in a performance worthy of a larger stage (as did their lighting tech ;-)) Frontman Dai set the high-energy tone, more than a little reminiscent of X vocalist Toshi Deyama n his younger years (minus the ultra-glam hair). Sawada and guitarist Ryutaro had their respective moments to shine throughout the night with solos and interludes… and Ryutaro taking a birthday cake face first towards the end of the set. And through it all the band stuck to their own path rather playing it safe by covering Sawada’s past. ‘Merry-Go-Round’, ‘Freeze’ and ‘Blood In Blood’ kept things up-tempo while ‘Wish’ was a blatant take on typically pompous X ballad, making it an instant crowd-pleaser. Unreleased track ‘The Virgin’ proved to be the most dynamic song in the Taiji With Heaven’s repertoire to date, and the only song of the night to receive a lukewarm response (which was a pity). In stark contrast the second non-album track ‘Killer’ went over a storm, sounding as if it had been yanked from the sessions for X’s 1989 breakthrough album Blue Blood.

Highest point of an evening of highs, however, was the confusion that reigned during the opening moments of the encore. The collective sense of “I’ve heard this before…” that permeated the room immediately transformed into a sea of fists in the air and shoulder-moshing as the band blasted into X classic ‘Miscast’, putting to death the Western stereotype of Japanese metal audiences being reserved and well-behaved. An excellent anti-grunge version of Nirvana’s ‘Smells Like Teen Spirit’ followed, something the band should consider recording in the studio.

The 70 minute intro to Sawada’s new baby closed down with a second shot at ‘Keep The Faith’. Perhaps a little tired, certainly more confident than when they came on, Taiji With Heaven’s went out on a high note, leaving everyone in attendance hoping for Round 2 sooner rather than later.

Click here for video footage from the night. For information on Taiji With Heaven’s and audio samples go to this location.

My interview with Sawada, conducted back in February, can be found here. 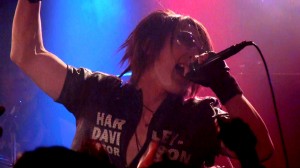 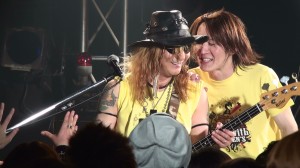 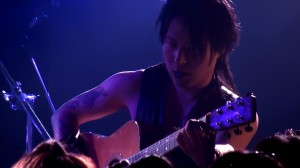 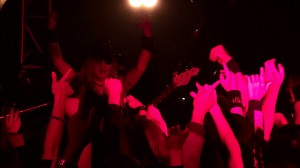 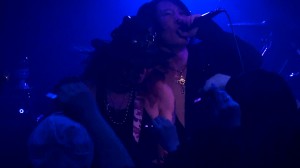 — All photos by Takashi Kanazawa. All rights reserved.