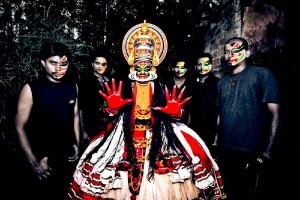 Motherjane isn’t a household name in progressive rock circles, but it should be. If at some point Fate decides to play nice it will be.

Fourteen years in the trenches, two albums, and Asia Voice Independent Music Award nominees two years running – taking home Best International Rock Act in 2009, up for three in 2010 – India’s prog sensation Motherjane are slowly but surely making their existence known outside their homeland. Case in point with this interview, which is the result of a friend stumbling over the simple truth that rock and metal are very much alive and well in that part of the world. One fact-finding mission later and repeated listens to their Insane Biography (2002) and Maktub (2008) albums, and Motherjane became India’s best kept secret people should know about. How they’ve remained under the personal radar this long is still a mystery, however. So much for being an authority on metal and music…

“One of our favorite sayings is that, ‘After 10 years of slogging, one day you become an overnight success,’” says vocalist Suraj Mani . “It is rather common, so don’t be embarrassed (laughs). We released our first album in December 2002 and became a nationally recognized rock artist in India. Some international attention and radio play happened as well in 2003. By the time we released our second album India knew us well and Asia honoured us with an AVIMA for Asia’s top rock act. We are being broken into diverse countries one fan at a time, and the momentum is always surprising us.”

Although India has a poverty rate of over 40% – according to the international bean counters – Motherjane have made their mark at home as a live act. Despite the financial woes that may exist, the band’s fanbase is as rabid and loyal as Sepultura’s followers are in their native Brazil. Suraj has a simple explanation: 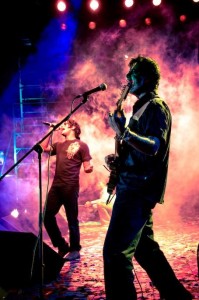 “Indians absolutely love music, no exceptions. Having said that, we have been at the forefront of a movement that has been building the rock scene in this country. There were some really good bands like Millennium and Indus Creed which started off the scene and unfortunately may have been ahead of their time. We are more than proud to carry on that torch and the current generation of musicians is indeed very promising.”

“One great thing about the scene here is that we get regularly play for crowds that are in the range of 3,000 to 15,000 people, which I know is something most musicians would love to do. The population is huge and we have more than 50,000 registered colleges in the country. That’s how big the market is gonna be!”

Viewed from the outside, India’s rock and metal scene seems to be relatively young. It’s gotten a boost in recent years with more and more Western acts like Iron Maiden and Megadeth making their way over to play for their fans, which has served to benefit Motherjane according to Suraj.

“Are you kidding me? I had tears in my eyes when I saw Deep Purple for the first time. Then came Sting, Iron Maiden, Mark Knopfler, Elton John, Bryan Adams, Jethro Tull… Motherjane has even performed with Megadeth, Opeth, Ensiferum, Mr.Big… my cup overfloweth (laughs).”

Interestingly, the first band that comes to mind when making comparisons is Rush, for the simple fact Motherjane know how to write actual songs. Not a comparison to be made lightly, but the band succeeds by not having 25 minute compositions filled with mindless off-time noodling, and no “Look at me!” progressive shred-ego fireworks in pursuit of Dream Theater’s crown. Motherjane are able to get their point across in four to six minutes, then move on to the next theme on their agenda without worrying about whether the music is flashy enough.

“We all love Rush and we will be coming to Canada to play with them,” Suraj deadpans. “That sounds wonderful doesn’t it? It is a dream and I hope this one comes true. I’m sure you’ll have many Indian passport holders at a gig where Motherjane performs with Rush. It sounds so tempting (laughs). To come back to earth and to your question, we kind of have an unspoken agreement that songs more than five to six minutes are not our scene. As a prog band we are more rock in that sense, though we are kind of prog for a rock band. All of us like different styles of music and I think that us adjusting to give each other space made us progressive.”

Motherjane’s music is, of course, influenced by Indian culture and musicians as well as artists from outside the country. They’re also one of the only acts that have crossed this desk justified in using the Oriental / Asian sounds and melodies that so many Western bands use to spice up their music. 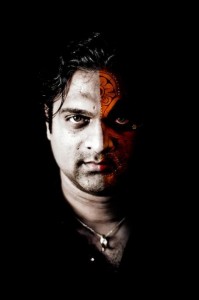 “There is a lot of folk music and Carnatic music elements in our music,” Suraj reveals. “And a lot of melody. Indians are suckers for melody (laughs). We are a band from a smallish town in India called Kochi and I guess that rural element is more obvious as a result. Most other Indian rock bands are from metros and hence are as cosmopolitan as anyone from the West. We just use what makes us feel good, whether the roots for the same are Eastern or Western. No apologies offered (laughs).”

On top of the music, Motherjane’s image has garnered them added attention. Asked about the significance of their stylized face paint, Suraj says it goes beyond wanting to look like a better groomed prog rock version of KISS or Slipknot.

“Oh yeah, there is a big story behind that one. It is to prompt your very question. Our second album is called Maktub, which means ‘It is written.’ A better word than ‘destiny.’ We always believed that Motherjane would be globally recognized after our second album though the odds were crazily against that happening. Our theory is that life has a tendency to flow in a certain direction and that’s fine if life is good. But if it is not so good, then you have to step inside and recreate your life. You have to be the creator himself or access that power. As the song asks, ‘Which part of you will hear what I must say? The creator or just the creation?’”

He goes on to suggest that anyone who likes “crazy, life changing ideas” should read up on the meaning behind ‘Maktub’ here.

A new album is currently in the works with tentative plans to release it this year. Nothing is written in stone, however.

“No ideas yet on where these songs are gonna take us. We are lyrically ready with 27 odd tracks and waiting for some great tunes to strike us down. Inspiration is not so much about planning, it’s more about being in the moment and that means direction is always deliciously unavailable. We do hope to give you some inspired songs and have an equally great time as they come to us.”

At which point the push will be on to make Motherjane’s presence known on an even larger international scale. All in pursuit of that illustrious show supporting Rush … 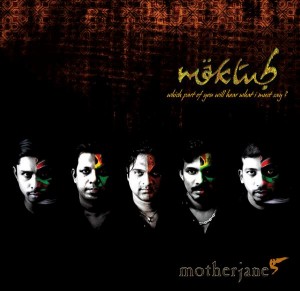 Check out everything you should know about Motherjane here.

7 thoughts on “MOTHERJANE – Behind The Mask”