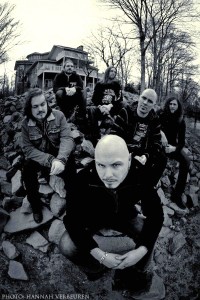 The folks at Nuclear Blast recently invited me to check out the new Soilwork record, The Panic Broadcast, which is due for a July release. I’ve been a fan forever so I quite naturally agreed, but in all honesty my expectations weren’t very high. I found the band’s last album, Sworn To A Great Divide, to be one of their weaker outings, largely because their trademark melodic death metal growl-to-clean vocal approach had, in my opinion, become painfully predictable. I was floored to discover that the Swedes have gone back and re-invented themselves, or at least taken a ballsier approach on new record.

“The album leaves you breathless when you’re done listening to it,” says vocalist Björn “Speed” Strid. “It’s only 10 songs, 48 minutes, but it’s definitely enough to get our point across. I think we expressed everything we had to say both musically and lyrically in those 48 minutes. It turned out to be really brutal, and even when there are softer parts are still so intense and in your face. There’s so much presence in the music that it becomes brutal. Even though ‘The Akuma Afterglow’ is a catchy song, for example, there are still progressive elements in there. It’s not just verse / chorus / verse / chorus; we tried to experiment past that.”

“It’s interesting with riffing and soloing because it’s not just basic chords behind a solo,” he adds. “The music is really progressive and it actually means something. I mean, the drums on this album are just insane, and I’m glad because Dirk (Verbeuren) was choked on the last one and not able to play the stuff he wanted to.”

“I really wanted to show people who I am, and I wanted the vocals to be very personal so I could show every side of me as a singer. I put my personality in there because my voice on the album sounds like I do in real life, actually (laughs). I’m kind of a chameleon and I think you can hear and feel that on the album. There’s everything from sounding brutal and evil to sounding like a little girl’s voice (laughs), and I think that’s very cool rather than being embarrassed by that fact. I think it’s cool because I love to express myself in so many different ways.”

Check out the complete interview here. 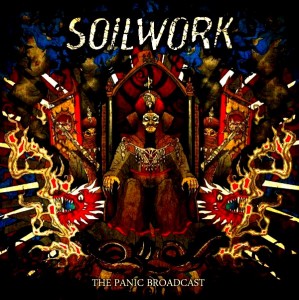