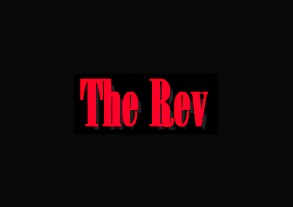 “Wednesday – to the office at 8, then to the Ozzy press conference at 11 – there till 4. The press conference consisted of making sure everything was set-up (we had a team, not just me; in fact I was just a helper), escort in press, winners and making sure all the tech stuff for recording was hooked up. Ozzy arrived and we began by playing back 3 songs from his new CD out June 22nd (plug 🙂 ). Being as we were in a castle, it was a cool setting so an organist, dressed as the grim reaper, played Mr. Crowley. Haunting but not overly so given the room was pretty bright from the outside sun.

The interviewing then began. It began with a host interviewing Ozzy for about 15 minutes. Murphy’s Law #1 – Ozzy’s lav mic (a mic attached to a piece of clothing) didn’t pick up his voice, so I ran up with a wireless mic for him to use. FUN. As I gave it to him he mumbled something and I think the work “fuck” was in there then he faked hit me with the mic 🙂 HEAVEN! As that finished Murphy’s Law #2 – Sharon decided she would join Ozzy on stage… scramble for more mics! After the host finished up with the two of them we took questions from the audience. My job was to go to each person with the mic (so exciting eh?). After about 40 mins of Q&A we wrapped up.

Oh but wait… time to escort winners (from radio station contests) into another room for a photo opp with the Ozzman. Usually I hang around and help but today I had to get to another venue to do more press with another band. So got my photo opp and split.”