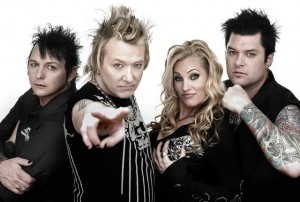 When is a drummer not a drummer? When he starts his own band.

Case in point with Scorpions skinbasher of 14 years, James Kottak, who has been kicking around since the early ‘80s performing and / or recording with The Cult, Bruce Dickinson, Warrant and Kingdom Come to name a few. Originally launched in 1998 under the name Krunk with the album Greatist Hits, the band featured Kottak aka Jimmy Ratchitt up front as guitarist / vocalist calling the shots. They changed their name to Kottak in 2006 for the unintentionally low key follow-up, Therupy, and have returned four years later with the far superior Rock & Roll Forever to set things in motion once again. Properly this time, and for the long haul.

“The problem with Therupy was that we signed with Escapi Records out of Sweden, and not even a month after the record came out they went bust,” Kottak says with regards to their brief flash in 2006. “There was no label and we were just getting started, and we basically got the plug pulled on us. So, we took all matters into our own hands and teamed up with (metal / rock promo guru) Wolfgang Rott in Germany (CMM International), and now we’ve got eight people working on this. I talked to so many people around the world about releasing this and it all came back to Wolfgang.”

It’s worth noting that Rock & Roll Forever was released less than two months after the Scorpions‘ final album Sting In The Tail hit the shelves. News that the Scorpions have chosen to call it quits has kept a steady buzz surrounding the band, making it seem possible that the Kottak record may get lost in the wake. Kottak disagrees.

“Not at all. On the contrary, with a young band like Kottak there’s only so much you can talk about, so it actually makes things a bit easier. Right now everybody wants to talk to Rudolph (Schenker / guitars) and Klaus (Meine / vocals) and I don’t blame them. I mean, do you want to talk to Charlie Watts when you get that Stones interview? No, you want to talk to Mick Jagger or Keith Richards.” 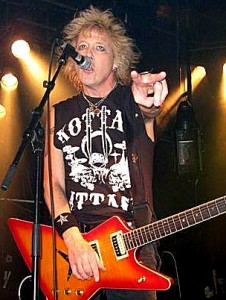 A slab of big stupid fun that falls in line with the likes of Green Day, Weezer, Cheap Trick and Paul Gilbert’s light-hearted solo material, the new album is anything but rocket science. Built for performance rather than analysis, Rock & Roll Forever is perhaps best consumed with drink in hand and baggage left at home locked in the basement. Some of the songs are downright cheesy, but the energy of the record makes up for any self-conscious singalong MTV moments.

“I like cheesy. It’s worked for many bands over the years and it works for the Scorpions (laughs). I’m very proud of this, and a lot of these songs were written with the live show in mind. The whole ‘R-O-C-K everyday…’ thing (taken from the title track) is all geared towards when we’re playing live and getting everyone to sing along with us. Forget about the fact your dog died today; have some fun, have a couple drinks and rock out.”

“I want to be on the radio,” Kottak admits. “I want to be played all over the place, in every corner of the world so that people go ‘Oh! That song!’ when it comes on the radio. There’s nothing wrong with that. We’re definitely going to take this to every radio station we can, put it out there digitally, physically, terrestrially, everything to get it out there and build a career out of this.”

“This is out third album, but we really only work Kottak when I’m off from the Scorpions. Last year, for example, I worked about 120 days on the Scorpions and the rest of the time I was enjoying the other part of my life and working on Kottak. It’s time consuming taking care of all this stuff, but here we are.”

Kottak is something of a family affair in that it features Kottak’s wife Athena on drums. It’s no token “celebrity” relationship either; the couple has been together for the better part of 20 years happily making babies and music together.

“Athena and I do 90% of the writing. She writes the lyrics and I’ll look through them and find the stuff I like, maybe ask her to write two more verses to add to an idea she has. It’s very casual in that department. But, once we get into the studio with Tommy Henriksen (producer), he doesn’t screw around. He goes from10:00am until 8:00pm until it’s done. We blew this whole thing out probably in about 10 days. That wasn’t casual at all (laughs). I’m also the kind of person that if you have 30 days to do something, that’s how long it’ll take. Ten days? It’ll be done in 10 days. We’ve been doing this long enough that we know how to pound things out.”

No pun intended. Drums are a way of life in the Kottak household, even where the in-laws are concerned; Athena is the younger sister of Mötley Crüe drummer Tommy Lee. 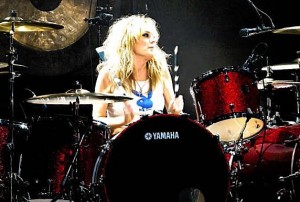 “Athena is an excellent drummer. She hits really hard – harder than most guys – so it’s pretty interesting (laughs). She’s independent, she knows what she’s doing behind a drum kit, and she looks way better than I do. We also have a 17-year-old son and he’s a drummer and he has a band called Blackout 101, so we can’t get away from it.”

Kottak, meanwhile, is more than happy to be out from behind the kit.

“I’ve kind of satisfied all my dreams and wishes as a drummer, but it’s still fun, and playing with the Scorpions definitely doesn’t suck. Every musician needs a challenge and this is a big challenge for me. I get to be up front, I get to play guitar and interact wit the audience more; I basically get to be the ringleader. That’s what keeps me going. It’s an evolution, I guess, where we tend to want to be out front at some point. I love it, man.”

When the Scorpions wrap up their farewell tour, due to last close three years according to the band, Kottak says his band will “absolutely” become his top musical priority.

“If I can work this a good five months out of the year, maybe play drums with another band and enjoy life, that would be awesome. I look at Kottak as a baby band. Since Therupy came out I’ve been working non-stop with the Scorpions. Kottak toured Europe back in February, so it’s an ongoing process because I have a day job, which is the Scorpions.”

With regards to that day job coming to an end, Kottak reveals it wasn’t a decision that was made lightly or on the spur of the moment.

“We’ve kind of talked off and on for the last year or so about it, what it might be like to call it quits and that maybe it was time. We didn’t realize it would have this much of an impact. We figured people would kind say ‘Ah well, the Scorpions are gonna call it a day.’ For me it’s kind of liberating in a way because it’s not the end of something for me as much as it is a new beginning. The door is open to do anything. And when you know that you have a three year timeframe it gives you time to plan things out. Slash is still going and he’s been out of Guns N’ Roses for years, so you’ve got to let your own thing happen when things come to an end.”

“It’s kind of been this way all along, where I couldn’t devote all my time to Kottak,” he adds. 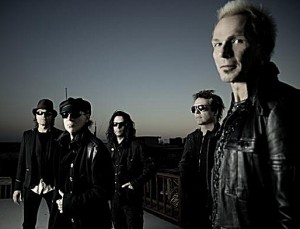 “It’s a full time commitment being in a band like the Scorpions and if you’re going to do it, do it right. I did my first tour with Scorpions in ’96 and just never stopped (laughs). There’s just never been enough time for Kottak, so now is a great time to get the word out. Who knows? Maybe we’ll have another Kottak album together a year from now.”

Asked if he’s ever felt like a hired gun in the Scorpions line-up, being the lone American in a German band that was world renowned long before he joined their ranks, Kottak says he’s always felt welcome.

“I feel so much a part of the band. My band is the Scorpions, and a big part of that is because of the way the guys are as people. They’re my friends. Rudolph and Klaus started the band, Matthias (Jabs / guitars) has been there for 30 years, but I was totally invited from Day 1 to feel right at home. They’re like my second family. We hang out together, we have dinner together, we’re friends.” 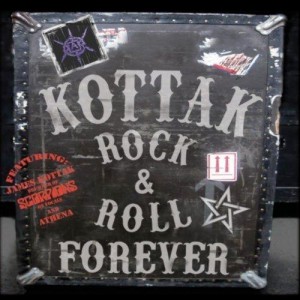 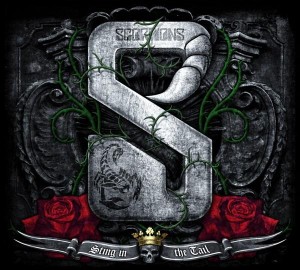 Check out Kottak audio samples and assorted band-related insanity here. For information on the Scorpions go to this location.

One thought on “KOTTAK – What Do You Wanna Do With Your Life?”