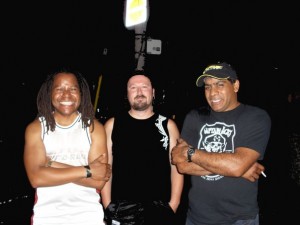 Everybody’s got those albums or songs that trigger a memory every time they hear ‘em. Doesn’t matter if you’ve heard the song(s) a billion times, those memories inevitably rise to the surface. Following is a list – in no particular order – of the music that reminds me of where I’ve been, why I was there, and in some cases acts as a cautionary kick in the teeth 😉

Sven Gali – Under The Influence
Meeting the one of a kind metal god Ray “Black Metal” Wallace.

Ratt — ‘Round And Round’
Coolest guitar solos ever laid down by a sleaze rock glam band. Fan for life. I wanted to be Warren DeMartini. Fail.

Alice Cooper — Welcome To My Nightmare
Camping in Algonquin Park, which featured scientific experiments involving Duracell “C” batteries and open flame (lots of it), the Smirnoff flamethrower, an introduction to tequila poppers, and the truth about dry heaves being rather uncomfortable following too much of said liquid entertainment.

Sinergy — Suicide By My Side
First trip to Gothenburg, Sweden, which consisted of hitting every metal bar in town following an Ouzo-fuelled listening session at Studio Fredman. Sharlee D’Angelo (Arch Enemy, Witchery) is either the most talented or most dangerous tour guide alive. The jury is still out on that one.

Aerosmith — Toys In The Attic
Camping in Algonquin Park, which included coming dangerously close to committing vehicular moose-icide, feeding a bear with a chocolate bar while in a drunken stupor, and inventing the two-handed alarm clock… much to the chagrin of everyone in a 2 kilometer radius trying to sleep at 6:00am. 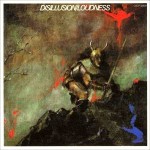 Loudness — Disillusion
The first Japanese metal album I ever bought. I had no idea there were in fact Japanese and English versions of the record, and I was instantly captivated by the language coupled with the most jaw droppingly sick guitar shred I’d ever heard. I wanted to be Akira Takasaki. Double fail.

Moonspell – Darkness And Hope
First trip to Helsinki, where I discovered the joys of lonkero and the concept of Finnish Daylight Savings Time, which boils down to No Sleep For The Inexperienced. I remember sitting in the hotel lobby with Fernando Ribeiro doing an interview at 6:00am over breakfast, both of us enjoying the effects of king-sized Suomi-inspired hangovers.

Iced Earth — The Dark Saga
Cutting my trip home to Toronto short by six weeks when I suspected my idiot ex-wife was screwing around on me. Instinct prevailed. A more aptly titled album doesn’t exist.

Sentenced — Down
My first interview for BW&BK, published January 1997. The world has been experiencing the aftermath of that questionable executive decision ever since.

Bruce Dickinson — ‘Accident Of Birth’
Arriving home in the summer of ’98 to the strains of Bruce singing ‘Welcome home / It’s been too long, we’ve missed you…’ on the ridiculously loud car stereo courtesy of The Rev.

The Beatles – ‘Helter Skelter’
The first metal song ever. Heavier than the Crüe version. Dad is WAAAAYYY cooler than I gave him credit for considering he introduced me to it.

Death Angel — ‘Kill As One’
Realizing that The Girlfriend is more metal than I gave her credit for. She dragged me to the front row. I also clued into the fact that Bay Area thrash makes her… frisky.

Scarlet Sins – ‘Drown’, ‘Strangelove’
The summer of 2007. The girls. The wine. The return of The Picture That Will Not Die.

Theatre Of Tragedy – A Rose For The Dead
Enduring the most agonizing hangover in the history of mankind. Cured by a cool show and a very necessary intake of fine cuisine courtesy of Burger King. 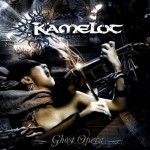 Kamelot – Ghost Opera
Myself, The Rev, Ray Wallace and The Girlfriend at the Opera House in Toronto. The last time I saw Ray before he passed away.

Jon Oliva’s Pain – ‘Push It To The Limit’
There’s probably nothing more intimidating than Jon Oliva shrieking the song directly at you from on stage at full volume, eye-contact and all. Deer-in-the-headlights riveted-to-the-spot intimidatiing. Awesome.

Jive Bunny – ‘Swing The Mood’
Watching my girlfriend at the time dancing to one of the worst musical car crashes in history and realizing that I would never crack jokes about disabled, physically and / or mentally challenged people ever again. I used them all up on her.

Nevermore – The Politics Of Ecstasy
Telling my on-her-way-to-being-my-ex-wife that she could officially go fuck herself. With feeling.

Stratovarius – ‘Black Diamond’
Experiencing true BMW braking power when my stomach decided the 8 hours of drinking leading up to, during, and after the show would be as much fun in reverse. Vomiting at 2:00am on the side of the Autobahn after going from 120 to 0 in .5 seconds = a good day in metal. I still say it would make a great commercial, with me in the starring role.

Consortium Project – III
One of the very rare instances in my career where a “professional” musician proved to be a self-centered arrogant prick. The closest I’ve ever come to hanging up the phone in someone’s ear mid-sentence. A situation made worse by the fact he was a friend. Past tense.

Epica – The Divine Conspiracy
Playing the torture game Fun With Canadians and learning the rules of cricket, which go something like this:

“You have two sides, one out in the field and one in. Each man that’s on the side that’s in goes out, and when he’s out he comes in and the next man goes in until he’s out. When they are all out, the side that’s out comes in and the side that’s been in goes out and tries to get those coming in, out. Sometimes you get men still in and not out. When a man goes out to go in, the men who are out try to get him out, and when he is out he goes in and the next man in goes out and goes in. There are two men called umpires who stay out all the time and they decide when the men who are in are out. When both sides have been in and all the men have been out, and both sides have been out twice after all the men have been in, including those who are not out, that is the end of the game!”