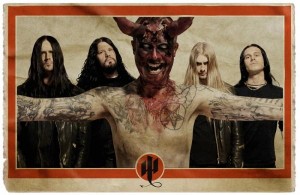 When he’s not in the studio or on the road with Arch Enemy, bassist Sharlee D’Angelo keeps himself busy working on other projects rather than wasting his time on things like sleeping. His long suffereing thrash n’ roll band Witchery have officially ended four years of silence and scheduling nightmares and completed a new album entitled Witchkrieg. Sharlee and I recently sat down to discuss how he and The Haunted guitarist Patrik Jensen actually found the time to write and record and new Witchery album given that they’ve spent the last few years touring the world in their own respective day job bands.

D’Angelo: “Absolutely nothing has changed. A few more grey hairs but that’s about it. Throw into that the fact that our drummer Martin (Axenrot / Opeth) has been busy touring as well and there’s been no time to get together. The big problem was being able to get everybody in one place at the same time, which was the same problem we had for the last album (Don’t Fear The Reaper in 2006). At some point when Jensen was home he decided that we had to get the ball rolling, so this was the first time we did what I guess everybody does nowadays and recorded the parts one at a time. That was pretty weird for us, but that’s how things got rolling for this album.”

“It is different, and I think that’s because it’s more or less Jensen all the way through. He’s responsible for 80% to 90% of everything we’ve done before, but these new songs are totally all him. He sat and recorded everything at home, and since we didn’t have that much time to actually get together and rehearse and do the normal thing we agreed on a few changes in song arrangements, but it was mostly Jensen’s stuff. We did get together in 2007 and rehearse some of the stuff, but everything is based on the demos that Jensen did because we didn’t have the chance to get together and fuck the songs up in rehearsal. So, the previous ever-present element of rock n’ roll is somewhat elusive on this record.” 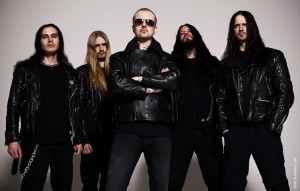