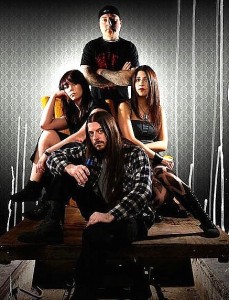 Tell a metalhead who cut his or her teeth in the ‘70s and ‘80s that a new grunge-influenced band is making some serious noise and watch them reach for the earplugs. A hair-trigger reaction for anyone that watched helplessly as metal took a pounding with the scene-altering rise of Nirvana, Alice In Chains and Pearl Jam in the early ‘90s. Thus, news of an Ottawa-based alternative rock / grunge act by the name of Doll gaining momentum in the press and on the touring circuit was met by yours truly with a “So what?” reaction. Curiosity killed the preconceived notions, however, as a surprisingly painless listen to songs available online revealed grunge is only a very small part of the Doll sound. If anything its a disservice to use the term. Doll’s sound is in fact a gritty mix of indie rock, punk and metal, with only a twist of grunge here and there. Call it mayhem played at street level guaranteed to appeal to the flannel-wearing angst-happy holdovers and beer swilling rivet-heads alike. A pleasant surprise in spite of what some folks are calling it.

“It’s funny because it started off that way,” says vocalist / guitarist Christina Kasper of the self-inflicted grunge tag, “but everyone in the band likes heavier stuff and we have a lot of different influences. Over time Doll became more of a harder alternative rock band. We’re not a metal band, we’re not a punk band, and we’re not a straight up rock band, so it’s kind of good for us because we can be opening up for Genitorturers one week, the Spinerettes the next week, and Lacuna Coil the week after that. We’re able to touch a lot of these different genres at the same time, which is pretty cool.”

About the only thing about Doll truly reminiscent of the grunge-era is the band name. One word, one syllable, not mindblowingly creative, and yet it stands out like white on black in an era boasting the likes of As I Lay Dying, Job For A Cowboy and hundreds of similar tongue-twisting monikers.

“Everyone has these ridiculously long band names these days, so we decided to go back to the old days, and I think the name Doll has more of an impact than if we used a full sentence for our name (laughs). Every time I tell someone I’m in a band called Doll they’re like, ‘Is that it? That’s you’re name?’ Yep; D-O-L-L (laughs). Surprisingly, nobody was using the name when we settled on it.” 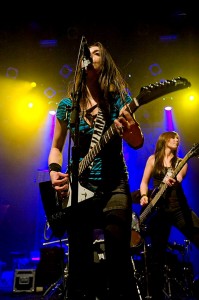 Formed in 2006, Doll have adopted what has become a standard form of promotion for bands in the region, dividing their time between Ontario and Quebec playing smaller towns as well as the major centers. According to Christina the band is focused at present on securing gigs supporting larger bands. At the time of this interview they were gearing up to open for Lacuna Coil for two shows; an odd pairing on paper but one that reportedly works well.

“It’s funny because Lacuna Coil isn’t one of those in-your-face metal bands and we’ve supported them a couple times. They’re great people and they like the type of music we do, and their fans really seem to like our stuff. The time before last we ended up selling $500.00 worth of merch to the Lacuna Coil fans. I’m a huge fan of the band, and me and our bassist (Julie-Anne Madore) actually used to cover Lacuna Coil songs like ‘My Wings’ and stuff off their In A Reverie album.”

With regards to being located in Ottawa, considered by many Ontario / Quebec rock and metal scenesters to be a ghost town for music (with the exception of being home to Annihilator), Christina reveals that’s no longer the case. You won’t hear any complaints from the Doll camp.

“Ottawa has gotten much better. It’s definitely not like Montreal or Toronto in terms of having a scene but we still get a lot of good shows. The industry is not as developed as Montreal or Toronto, there are only a few recording studios that are really great. The thing I find great about Ottawa is that we’re five hours away from Toronto, five hours away from Quebec City, so we’re dead center for being able to get around to these places to play. We’ve played here lots of times, things have gotten better, so I definitely can’t complain about it. It’s not a the capitol of the music industry but its definitely getting better with stations like Live 88.5 and Virgin Radio in town. They’re playing a lot of local bands, which really helps out.”

Doll is currently pushing their 2009 debut Inside The Dollhouse. The resulting feedback since the release, which included being nominated for Best Rock Album Of 2009 by the Ottawa Xpress and having their video for ‘Daddy’s Little Girl’ added to MuchMusic / MusiquePlus, was the needed proof that a second album won’t go unnoticed when it finally surfaces.

“All the songs that we wrote landed on Inside The Dollhouse,” says Christina. “Some songs are definitely heavier metal-type stuff and others have a punk grunge feel to them, so there are different influences and you can hear them in the songs. We’ve definitely progressed and the new songs sound more mature, so we’re definitely heading in the right direction. The songs are a lot more solid, we have dual guitars and more layers. We’ve definitely grown as songwriters, and at the same time I think you can hear the differences between the tracks because we’re not into writing the same thing over and over again. We definitely don’t want to write 10 of the same song.” 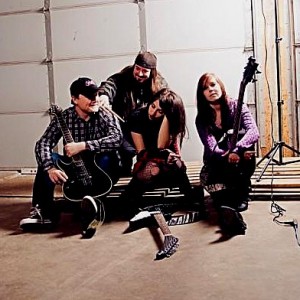 “Before it was like, ‘Okay, I put a song together in five minutes, let’s jam it, then we’ll record it…’” she adds. “Now we write together, we think about what we’re doing, and we discuss the songs before we start playing around in the studio.”

One of the most striking aspects of Inside The Dollhouse, after Christina’s whiskey-and-hell voice, is a fictional character by the name of Sally created to carry the songs. A concept completely unexpected given the band’s twentysomething youth, immediately reminiscent of Alice Cooper’s infamous character Steven, introduced on Welcome To My Nightmare in 1975. Steven remains part of Cooper’s songwriting to this day.

“Alice Cooper is one of our influences,” Christina reveals, “and it’s funny you mention that because we’ve talked about his character Steven before. It’s fun putting the songs together using Sally because it creates an entirely new element that can be used. It was more a case of having a character to bring the song ideas across instead of ‘I did this’ or ‘I want to do that.’ We decided to put our personal experiences into this Sally character. She’s the sum of our ideas and thoughts and she brought them all together. I don’t know if all the songs are going to be about Sally on the next album but she’ll definitely be a part of it. It’s really cool how Alice does it; it’s not like all the songs are about Steven, just a song here and there every couple albums.”

When Doll’s all-important second album will see the light of day is still up in the air, and Christina admits she can see the band releasing in similar independent fashion to Inside The Dollhouse. They’re keeping their options open but are beyond the point of expecting the perfect record deal.

“We’ve been approached about record deals, and it’s funny because friends of our who are in bigger bands are telling us not to bother. They’re telling us to go to Money Mart and get the worst loan ever in the history of the world and we’ll be better off (laughs). Our plan is to find proper management because that can help us get tours and more exposure that way. At the same time we want to record new stuff in the fall and launch the new album at the beginning of next year. If we get a small label deal, great, but if not we’re just going to do it on our own. We’ve got the experience, and we know we can get the music out there without a label if we have to.” 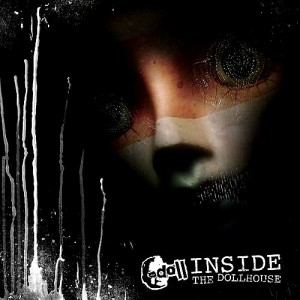 One thought on “DOLL – Sally And Steven, Sitting In A Tree…”