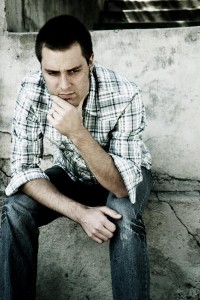 During his departure-turned-hiatus from Soilwork between 2005 and 2008, guitarist Peter Wichers turned to production work and succeeded in carving out a lucrative new career. Having made his mark in 2008 with Nevermore frontman Warrel Dane’s first ever solo album, Praises To The War Machine, 2010 finds Wichers with two more critically acclaimed releases: Soilwork’s new record The Panic Broadcast and Nevermore’s surprising return to old form, The Obsidian Conspiracy. During our interview about The Panic Broadcast, he also discussed how he ended up working with Nevermore and his influences on their new record.

“The Obsidian Conspiracy was a great opportunity for me and I really enjoyed working with them,” says Wichers. “I didn’t know too much about them other than what I saw on Headbanger’s Ball when I was a teenager, but then we toured with them for A Predator’s Portrait. We learned so much from those guys and we stayed in touch, and the whole Nevermore thing came about because of Warrel’s solo record. I got involved with it, he asked me to write for it and was really happy with the end result, so I guess from that they decided to give me a shot with the new Nevermore record.”

Nevermore’s previous outing, This Godless Endeavor, presented the band at their heaviest. For those fans thinking in the context of The Poltics Of Ecstasy and Dead Heart In A Dead World going in, portions of the record bordered on unlistenable. The Obsidian Conspiracy shares echoes of both album, restrained compared to This Godless Endeavor but far from toothless.

In addition, in spite of being an integral part of the Soilwork sound both as a musician and producer, Wichers didn’t dump a single Soilwork-ism in The Obsidian Conpiracy’s mix.

“I can’t take all the credit for that, but I’m glad you noticed it. I think that if there’s something Dead Heart In A Dead World Had that the other albums may have lacked, it’s the song structures. I really like the song structures on Dead Heart, and that’s one of the key reasons I really got into that record. All the songs were built with a certain format. I think that most of the time when we were doing the drums we were working on the arrangements, making sure the songs were to the point. There’s really no filler on The Obsidian Conspiracy and that was a big deal for me going into it; making sure that every song hit home.”

“When I started working with Jeff (Loomis)… that guy is the best guitar player in the world. You ask him if he can do something on guitar for you – doesn’t matter what it is – and he can pull it off no problem. It was one of those things where they were talking about doing things here and there, and when asked for my opinion I told the guys that it should be an intense record. Warrel likes to sing, but sometimes I think he has trouble getting through the wall of guitars. I wanted to find that balance.”

I love producing records and some people think that I’ve stopped because I’m back with Soilwork, but I do as much production work as I can and that’s going to continue.” 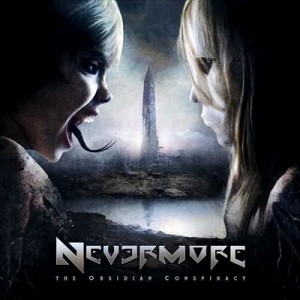 Audio samples from The Obsidian Conspiracy can be found here. Go to this location for my recent interview with Warrel Dane for BW&BK.