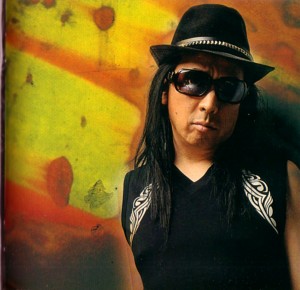 It’s hard to believe, but Loudness is pushing the ripe old age of 30. Quite an achievement considering the band has had three singers, the grunge direction adopted by guitarist / founder Akira Takasaki in the ‘90s all but destroyed their credibility, the original line-up’s reunion in 2001 featured a heavier and darker sound compared to ‘80s Loudness, and the passing of drummer Munetaka Higuchi in November 2008. The band’s new album King Of Pain sends a strong message, however, that Loudness are alive and well in 2010 and nowhere close to pulling the plug. The old school edge that has been largely absent from their sound since the Spiritual Canoe reunion album is back, as is the energy that made Loudness an international success story three decades ago.

On November 25th, 2006 Loudness played their 25th Anniversary show in Tokyo, Japan., It was 25 years to the day they officially became a band. Frontman Minoru Niihara reflects on the evening and what it meant.

“I’m astonished by the fact that this band is still around after 25 years,” he says. “It’s almost 30 years now. It’s just so amazing when a metal band continues for over 25 years. We could never imagine that when we started. It was impossible without the loyal fans and we thank every one of them from bottom of our hearts. As for the concert, the atmosphere was very at-home throughout the show. We played a lot of classics and that brought back a lot of memories. It was very emotional for me when we (band and audience) all sang along together.”

Less than two years later, however, word came down that Higuchi was battling liver cancer (Hepatocellular Carcinoma). He was hospitalized for treatment on April 7th, 2008 but passed away on November 30th. It was a devastating blow for everyone in and around the band. On February 14th , 2009 the band performed a tribute show dubbed Munetaka Higuchi – Forever Our Hero.

“Being on the stage without Munetaka evoked such a strange feeling,” Niihara reveals. “There was a constant sadness in the air that I can’t express in words. There were tears in my eyes throughout the concert. Such a tough experience. In my life as a singer there are two times I dissolved in tears on stage. The first time was the night my father passed away. The second was the night without Munetaka. To do a concert to mourn the one who died young is just so heartbreaking. I would never want to do it again.” 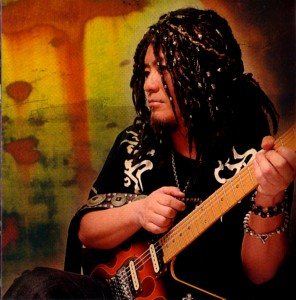 Rather than calling it quits, Loudness forged on with a new album using archived Higuchi drum recordings, The Everlasting. A tour through their native Japan followed under the banner The Birthday Eve – Thunder In The East, featuring material from their albums issued between 1981 – 1985 exclusively. Those shows were particularly special to the older fans that remembered when Loudness was still a small band.

“I’m sure that some of the fans came to the shows feeling like attending the class reunion. For a lot of people it was their first rock concert in a while. They threw away their suits and ties and were sweating like kids (laughs). The show brought back a lot of the older audience to the idea of rock concerts again.”

Known for playing large venues in Japan to several thousand people a night, Loudness shook things up a bit by performing some smaller shows along the way. Sweaty, intimate gigs similar to the ones they play in North America and Europe. 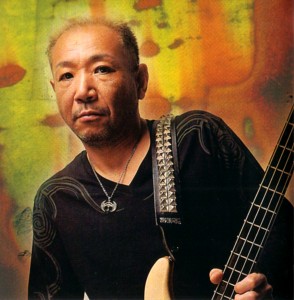 “To perform in front of the screaming crowd, the size of venues doesn’t really matter to me,” Niihara admits. “In the bigger venues the lighting and sound system can be more extravagant, but at the same time you feel distant from the audience. In the smaller venues you can feel the audience’s heat directly and I really like the intimacy. One drawback is that the air gets thin easily and makes it difficult to breathe. I’d be quite satisfied if I died on the stage, though (laughs). Since we reunited, we’ve played smaller venues several times so it’s not something special.”

“Masayuki was discovered by Akira. I didn’t know anything about him until we met at the rehearsal studio. There was a festival a month after Munetaka’s passing, the gig had been booked one year prior. We had an option to cancel the gig but we decided we’ll play because we knew Munetaka would be disappointed if we cancelled. So, we urgently needed a drummer to fill in and that’s when Akira brought Masayuki to the band. He’s very different from Munetaka in terms of his style of drumming but superb in both technique and power. On top of that, we love his sincere and passionate attitude towards rock music.”

“He’s a dedicated drummer who practices with enthusiasm, a world-class drummer who has brass balls,” Niihara adds. “We toured with him several times and came to the conclusion that he’s the guy. After Munetaka’s passing, we feel blessed to have met such an amazing drummer. His drum sound injected new life into Loudness. There wasn’t much difficulty in recording or in live shows. Seemingly, our fans like him as well. It sure does make me feel weird without Munetaka, though.”

Higuchi had a very distinct sound, making it readily apparent the moment the title track kicks in that someone else is behind the kit. Whether Suzuki influenced the sound or not, on the whole King Of Pain has a definite albeit more aggressive ‘80s feel even though they haven’t backtracked completely 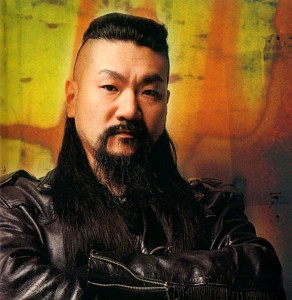 “I personally don’t think the change of drummer affected the way I sing, but when it comes to sound of the band there was a big influence,” says Niihara. “The impression of overall sound and groove has changed drastically. One of the reasons is Suzuki being a double bass drummer. His presence affected all of us as a band. Comparing it with past albums (of the last nine years), this record sounds like a different band. It makes things feel fresh.”

Vocal contributions from Takasaki also manage to keep things fresh, or at least catch people off guard. Known for his sporadic death metal croak in concert and on his solo albums, the guitarist is featured as lead vocalist on the King Of Pain track ‘Where Am I Going?’

“He has very distinctive death voice,” Niihara agrees, “and it’s interesting how his voice is so different from mine. Unfortunately, we don’t know if he can handle the vocal duties in a live show (laughs). When he first told me he wanted to sing I was surprised, but once I heard him I thought it wasn’t bad at all. It reminds me of a band like Hanoi Rocks, who have singers other than a lead singer. I kind of like that.”

Slightly more established and a definite influence on Niihara as a vocalist, conversation turns to the late Ronnie James Dio and his legacy. Dio passed away on May 16th, 2010 due to stomach cancer.

“There may be likes and dislikes but if you are a metal singer, you’ve got to respect him as the legend,” says Niihara. “I was a huge fan of his since I first heard him singing in Rainbow when I was in high school. I used to sing a lot of his songs. I learned a lot from him, from vocal techniques to stage performance. I was given the privilege of meeting him couple of times in interviews and during recordings. A very friendly man who liked to talk. There is no word to describe the shock of losing the rock world’s treasure but I believe that his rock spirit will live in all of us forever.”

In closing, and out of genuine curiosity, I ask Niihara if his kids understand what Dad does for a living and if they’re aware of just how influential he and his band have been to so many people.

“That’s a great question (laughs). My daughter believes that her dad is a popular singer. My son, who is younger, goes wild when he sees my live videos but I don’t think he understands what his dad does for a living. I’d like my kids to play music instruments, but so far they seem like they’re not interested. When I first brought them to our concerts my kids were kind of frightened – it was so loud and scary according to them – but once the show starts, they’re the most hardcore fans.” 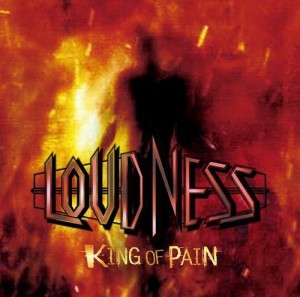 – Big thanks to Takashi Kanazawa for his continued support.