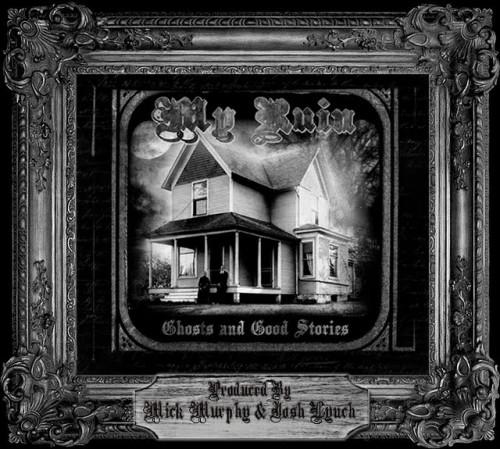 Quite possibly the ultimate hit and miss band, My Ruin have been slugging it out for over a decade, gaining a small but loyal following while leaving most of the distortion-loving masses scratching their heads over who and what My Ruin is all about. The former can be blamed on crap international distribution, the latter on the band’s stunning penchant for crossing between the old school and nu-skool without breaking a sweat. Ghosts And Good Stories – My Ruin’s sixth official full length album – is their strongest outing since A Prayer Under Pressure Of Violent Anguish from 2000, with vocalist / wordsmith Tairrie B. and guitarist-turned-multi-intrumentalist Mick Murphy having locked into and refined a definitive sound. The record is bookended by two shots of doom, ‘Diggin’ For Ghosts’ and ‘Deathknell’, contrasting Tairrie’s now-trademark spoken word elegance against a Black Sabbath-painted canvas. Second tune in, ‘Long Dark Night’, sets a death punk tone for the album that persists even when the songs drop to a half speed groove, and regardless of tempo Ms. B’s performance is always in your face. Her full-on screech was second to none before Pro-Tools screwed up the industry, and her performance on Ghosts And Good Stories (‘Excommunicated’, ‘Suicide Tuesday’, ‘Abusing The Muse’) serves notice to lovelies like Maria Brink (In This Moment) and Candace Kucsulain (Walls Of Jericho) that delivery is everything. And in this case, brutally effective.

On the musical front Ghosts And Good Stories surpasses everything the band has done thus far. It has a seamless flow similar to that of Tairrie’s pre-My Ruin effort Tura Satana; a nice change from some of the previous albums’ jagged and stumbling execution. Murphy is easily one of the most underrated guitarists around, playing off Angus Young, Tony Iommi and Zakk Wylde as the mood requires, sometimes all in the same song. The man isn’t afraid of laying down riffs and solos, and his aggressive playing style is refreshingly melodic rather than tedious-trendy, putting to death any further discussion of whether My Ruin belongs in a box marked “emo” or placed in metaldom’s good graces.

The only hiccup of the proceedings is a plodding cover of the Henry Rollins classic ‘Turned Out’. There’s nothing wrong with the My Ruin rendition; it just feels out of place on a bare bones slash-and-burn record that otherwise shows no sign of letting up. Given the band’s recent online offerings of AC/DC’s ‘Have A Drink On Me’, KISS’ ‘War Machine’ and the Dr. Dre / Ice Cube rap classic ‘Natural Born Killaz’ done under the Death Work Professionals moniker, ‘Turned Out’ may have been better suited to that forum as well. When all is said and done, however, Ghosts And Good Stories makes a lasting impact on anyone willing to look a little deeper underground for a kick in the teeth. 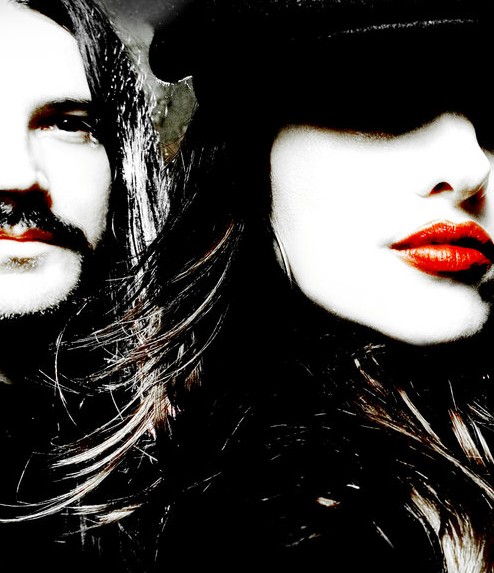 Check out behind-the-scenes video footage from the recordings of Ghosts And Good Stories here.

2 thoughts on “MY RUIN – Ghosts And Good Stories”