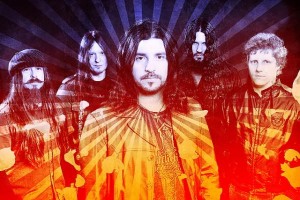 Return To Zero is trademark ‘70s-flavoured Spiritual Beggars, but the announcement prior to the recording sessions that vocalist Janne “JB” Christofferson had been replaced by Firewind frontman Apollo Papathanasio suggested this wouldn’t be the case. Up to this point Papathanasio has been known as a power metal singer, all bombast and polish, making his performance on Return To Zero a pleasant surprise. Amott says bringing him on board was indeed a case of getting past preconceived notions and hearing Papathanasio in a completely different environment.

“Apollo is a local guy, which is weird because everyone thinks he’s from Greece. His parents are Greek, but he was raised in Sweden. I’ve been aware of him forever, long before Firewind. When it became clear that JB couldn’t sing on the new record I was really disappointed and I seriously began thinking maybe that was it. Ludwig called me and suggested Apollo because the two of them play in a bar band doing cover songs. Apollo had in fact offered his help to get the ball rolling, get the songs done, rather than stepping in as a full time vocalist. I thought no, he’s too metal, but I thought ‘What the hell…’ and asked him to learn a few songs, then come down and jam.”

“I was so surprised because he sounded like our first vocalist (Christian “Spice” Sjöstrand), he could really hit that pitch from the Ad Astra album. Apollo has this grit and attitude in his voice that I wasn’t aware he had. It was very cool, but I knew people were going to be very skeptical (laughs). When he did some JB stuff from On Fire and Demons it sounded great; I was really surprised by his range. Then we started working on a new song idea I had and Apollo threw out some vocal melodies and improvised, which is something Spiritual Beggars used to do. I really missed that whole jamming aspect of our songwriting, because JB lived eight hours away which made that impossible, so working with Apollo felt good. I felt there was some real potential.” 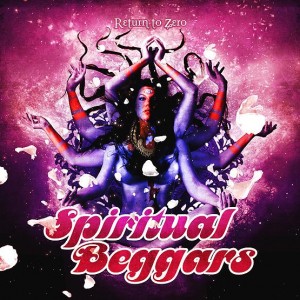