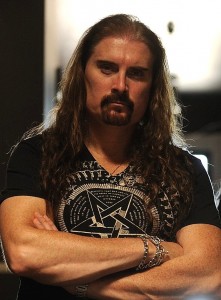 I recently caught up with Dream Theater frontman James LaBrie to discuss his new solo album, Static Impulse. It took place right after my return trip to Toronto, where I spent the whole month driving around with the record blasting in my car. At this point it looks like it’s going to be my top album of 2010 when the BW&BK family gets down to drawing up our year-end lists. Enjoy…

Admittedly, there’s a morbid sense of amusement to be had when playing the new James LaBrie album for the first time to fanatic Dream Theater fans. The effect is similar to introducing a favourite horror flick to your unsuspecting significant other and conveniently neglecting to mention the hack and slash starts almost immediately. Jaw on the floor, a stifled yelp, fingernails embedded in the ceiling. And while this may be an exaggeration to some degree, it’s safe to say people familiar with LaBrie’s work will do a double take less than 20 seconds into his new solo album, Static Impulse. What begins as a welcome return to familiar ground pounded out by his 2005 release, Elements Of Persuasion, quickly becomes something far more aggressive than anyone expected, complete with death metal vocals. The song in question, ‘One More Time’, isn’t a one-off either, instead setting the tone for the entire record as the most aggressive and diverse work of LaBrie’s career.

“We started touching on that with Elements Of Persuasion,” says LaBrie matter-of-factly, aware that ‘One More Time’ has frightened more than a few fans. “The first song on that album, ‘Crucify’, was very in your face, very aggressive, very metal. So was the song ‘Pretender’. We knew how things were going to go coming into this new album, and we actually started putting ideas together around January 2009. What I think is really important when writing an album is keeping it dynamic and exciting no matter what your style, and we knew that if we were going to write a metal album it had to be in the now. And what really makes it a powerful album is that melodically it’s strong, memorable, and there are lots of hooks. When we were writing we kept thinking that melodically – vocally and musically – it had to be something almost hypnotic in a way. I think that because we kept that in mind, the album turned out the way it did.”

For the record, LaBrie didn’t take up Soilwork 101 prior to heading into the studio. The death metal vocals that pepper the album are provided by Darkane drummer Peter Wildoer. A performance that works remarkably well.

“Originally I was going to do all the vocal parts,” LaBrie reveals. “The parts that Peter is doing on the record, I was going to use a more aggressive voice to try and get the same vibe across. As time went on though, we thought that given the type of album we were doing we should take things further. We decided to push things over the top and give those songs more authenticity and a more genuine feel of aggression. For a split second I thought ‘Wait a minute, I’m the singer…’ but I couldn’t let my pride get in the way.”

Cick here for the complete story. 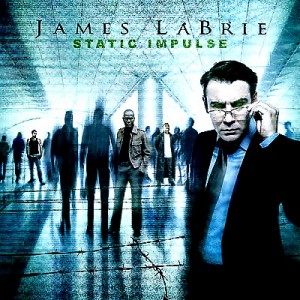