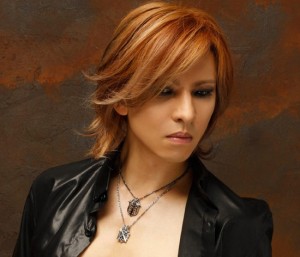 I recently had the opportunity to interview X Japan drummer / co-founder Yoshiki as pre-promotion for the band’s current and first ever North American tour. Definitely a highlight for me – up there with interviewing Rob Halford, Bruce Dickinson, Alice Cooper or the great Ronnie James Dio – and I came away from the chat suitably impressed by Yoshiki’s candor and grounded nature. Not at all what I expected from someone who can brag about 30 million units sold since the band’s ‘80s inception, is a media magnet in his native Japan, was preparing for a tour and fielding questions daily from North American press people that only recently learned of X Japan’s existence. I’ve been a fan for almost 20 years, making this discussion something special on a personal level.

The main interview appears via BW&BK here, following are some additional thoughts and revelations from Yoshiki:

With X Japan’s rise to fame in the ‘80s came the Visual Kei movement, inspired by the band’s over-the-top cyberpunk glam image that made acts like Poison look painfully bland in comparison. It was a trend restricted to the youth of Japan until Dir En Grey, sporting a similar albeit darker hair-and- make-up look, gained notoriety in Europe in 2005. Dir En Grey have since exploded in North America and Yoshiki is often credited with having discovered the band, but this isn’t exactly the case. His name is indeed linked to them, but he only played a brief part in their history.

“I have a friend who runs the management company that looks after Dir En Grey,” Yoshiki explains, “and he told me that the band needed a producer, which is how I met them. I ended up producing their mini-album in 1999 (five tracks featured on the Gauze record). Now they’re very popular in North America and I’m very happy for them. I think they’re a great band.”

It has been suggested that Dir En Grey’s success outside Japan is one of the main reasons X Japan – who broke up in 1997 and reunited 10 years later – have finally decided to hit foreign markets. A fair assumption, but both bands have ditched their Visual Kei image and sound 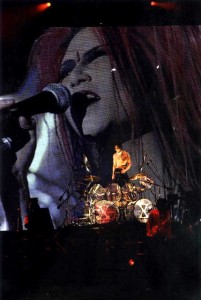 nothing like, with Dir En Grey having evolved into a demented metal version of Pink Floyd and X Japan remaining true to their original sound. Yoshiki insists the band simply “wasn’t ready” to enter the Western world as a live act in the ‘80s and ‘90s, and feels the band is better prepared now.

The tour and news of a forthcoming English language album is still something of a shock for many Western fans, however, as they’ve only known the band through import CDs, DVDs and online multi-media. There’s a sense of amazement amongst the faithful in that no one could have imagined X Japan reuniting without guitarist Hide, who passed away in 1998. An over-the-top flamboyant character in a band of colourful personlaities, many felt the X Japan sparklhad died with him. Yoshiki doesn’t disagree and admits he’s a bit surprised the band has made a successful comeback.

“It was very hard,” he says of getting the ball rolling again. “After we broke up I didn’t speak with Toshi (vocals) for more than seven years. He just called me one day from out of nowhere and we gradually rebuilt our friendship from before. Then, about a year later we started talking about reuniting X Japan. The question was how we would do that, because when we broke up I never even considered the possibility that we would ever work together again. And with Hide gone, of course it seemed impossible. I never imagined we would get back together, to be honest.”

“The first thing we decided to do was have a concert at Tokyo Dome,” he continues. “It featured a hologram of Hide, and his guitar parts as playback during the show. That was too real (laughs). But, it felt really good to be playing again. So then we had to find a guitar player and we chose Sugizo (Luna Sea) because we had known him for a long time. Sugizo isn’t exactly replacing Hide, though. It’s more like he’s the sixth member of X Japan.”

With the tour building momentum for the upcoming album – an even split of new songs and classic X-Japan songs re-recorded in English – the natural assumption is that the band is filming the North American tour for a DVD release. It would be foolish on many levels not to do so. Yoshiki agrees.

“We’re trying to film some of the shows, yes, but I don’t know which ones. We’d like to put out a DVD with some footage from the Japan shows, some footage from North America. I think it’s important for us to do that for the fans that won’t have the chance to see us on tour over here. This time, anyway (laughs).” 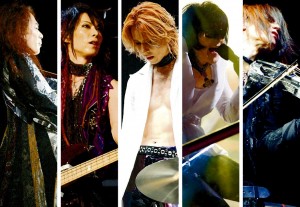 Check out X Japan’s official website at this location. A review of X Japan’s 1989 breakthrough album Blue Blood – back when they were know simply as X – is available here.

(Photos courtesy of the official X Japan website and a killer promo department).

2 thoughts on “X JAPAN – Band Of The Rising Sons”