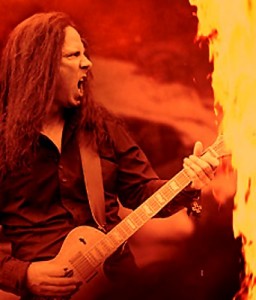 Kamelot’s new album, Poetry For The Poisoned, ranks as the darkest album of the band’s career thus far. Still heavy as a bag of hammers, they’ve succeeded in adding even more atmosphere to their music without – thankfully – going the beyond trendy symphonic route. Contributing to this new facet of the Kamelot sound are guest vocalists Simone Simons (Epica), Amanda Somerville (HDK, Kiske/Somerville) and Björn “Speed” Strid (Soilwork) and guitarist Gus G. (Firewind, Ozzy Osbourne). Perhaps the most intense performance other than frontman Roy Khan, however, comes from Jon Oliva’s Pain singer and Savatage legend Jon Oliva. His lone appearance on the record is a theatrical show-stopper, with Oliva serving up a trademark shot of evil as only he can.

During an interview for BW&BK (found here), Kamelot guitarist Thomas Youngblood revealed how the band ended up bringing Oliva on board.

“We sent the text to Jon with the basic melody and he put his signature style on the phrasing. He’s such a cool guy. Having him on that song is surreal for me because I grew up watching Avatar, which of course became Savatage. We actually did a festival not too long ago with Jon Oliva’s Pain and we were headlining, which was weird (laughs). But that’s just the way the business part of this goes.”

“It’s very cool having Jon on the album, and it was actually a last minute thing where I thought ‘Hey, maybe I should ask Jon Oliva to do this…’ because the melody in the second verse just reminded me so much of Savatage. On the other hand, Roy didn’t grow up with Savatage as a kid – I think he was more of a Queensryche / A-Ha kind of guy as a kid – so it really was a fit of inspiration.” 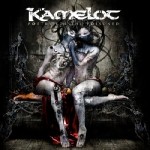 In a separate interview Jon Oliva’s Pain drummer / producer Christopher Kinder offered his take on how Oliva became involved with Kamelot and ‘The Zodiac’. 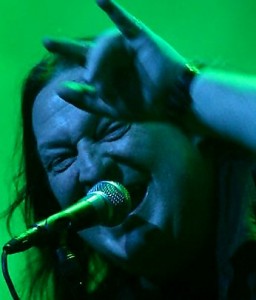 “Kamelot’s drummer, Casey Grillo, had been kind enough to offer his mad-marching snare drum skills on ‘Death Ride’s A Black Horse’ from the new Jon Oliva’s Pain album, Festival,” he explains. “I had the pleasure of finally meeting Thomas Youngblood soon after and during our discussion he asked if Jon might lend a hand on one of their new songs. Jon was more than happy to return the favor and as it turned out, it was yet another song catered to his voice and character. After a few discussions back and forth with Roy Khan we were on our way. It’s another superb Kamelot track with Roy and Jon trading vocals as only they can do. It’s amazing to know what can be accomplished via the internet and nearly seamless communication. Thanks again to Thomas, Roy and of course Casey Grillo.”

An audio sample of ‘The Zodiac’s is available at this location, although I recommend you ignore the anime video some kiddie put up with it. 🙂

Check out audio samples from Jon Oliva’s Pain’s new album, Festival, here. Information on Kamelot and Poetry For The Poisoned can be found here.