Hails and hello! Been a while, so I thought I’d offer up some insight as to what’s going on in the loud world of Canadian metal… 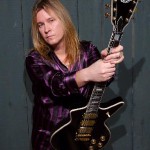 First off, former Megadeth / Eidolon guitarist Glen Drover informed BW&BK today (October 13th) that his long-awaited solo album is finished and is in the process of being mixed. Entitled Metalusion, the album features guest guitarists including Jeff Loomis (Nevermore), Frederik Akesson (Opeth), Chris Poland (OHM / ex-Megadeth) and Vinnie Moore (UFO). On top of that, fellow Canucks Chris Southerland (Kim Mitchell) and Jim Gilmour (Saga) make an appearance as well. Drover has yet to release any of the music for streaming, but the album is due to be out soon. Expect a huge amount of shred, including a promises-to-be-wicked medley of Frank Zappa’s ‘The Purple Lagoon’ and ‘Filthy Habits’. Working on securing an interview with Drover as you read this… 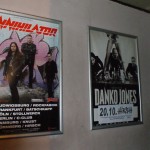 Meanwhile, Europe is being served up a double dose of Hoser love as both Annihilator and Danko Jones wind their way across the continent on separate headline tours. Both bands are out supporting new records, and by all accounts things are going extremely well. In fact, Danko is able to boast four sold out shows thus far on the tour – in Helsinki, Stockholm, Berlin and Frankfurt – and chances are good there will be a few more before his road trip wraps up on November 16th. For information on the Annihilator tour, click here. Danko Jones tour details can be found here.

An interview with Danko and myself talking about all things metal will be published soon, and if I play my cards right there may be a story with Annihilator frontman Dave Padden coming this way as well. Stay tuned. 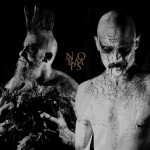 Finally, the always-good-for-a-surprise workaholic Woods Of Ypres frontman / founder David Gold has launched a new side project under the pro-Canadian moniker The Northern Ontario Black Metal Preservation Society. The project features Gold and former Woods Of Ypres bassist Aaron Palmer (Against The Seasons), two songs are currently available for streaming here. The first track (‘Northern October’) was penned by Gold, the second (‘Rediscovering The Divine’) by Palmer. The pair play drums on the other’s song.

Check out the project’s official CBC 3 Radio page at this location.