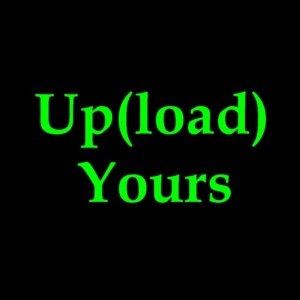 Once upon a time music journalists walked around with an air of superiority, as if we were somehow better than the mere mortals we interact with. It was the delivery of advance music, often on a daily basis, that spawned this attitude of being bigger and better than everyone else. Visions of blister-packs danced in our heads each night before bed, the promise of promotional CDs stuffing the mailbox like a too-small Christmas turkey come morning keeping us warm with the knowledge that the game of Stroke My Ego would continue in our favour….

Nope. At some point a select number of my fellow “journalists” – you motherfuckers know who you are, may you rot in Celine Dion / Kenny G. hell – decided they would offer up promotional music online as a public service to anyone with a computer, trust of the record label, promo people and artists be damned. As a result the industry was forced to experiment with ways of preventing the advance music from being posted online, or at least make it unattractive to keyboard warriors with no conscience. Mid-song audio tags, merged tracks, watermarked CDs… methods varied from label to label, each one a surefire way of annoying the living shit out of honourable journalists who were just trying to do their jobs as well as the asshole file”sharing” minority.

At this point in time most record companies have done away with promo CDs entirely, opting instead to make the music accessible to journalists via the dreaded iPool. I say “dreaded” because the transition from physical copies of advance music to digital files has effectively sucked some of the excitement out of my journo life. The almost daily occurrence of finding things loud and proud in my mailbox – along with numerous albums that probably should have remained a fantasy in the creators’ minds – has been reduced to once a week, and that’s if I’m lucky. Now I receive notifications via email saying “Dude, go to the iPool and download the new, totally sick and headcrushingly awesome album from so-and-so…”

Clickety-click and I’m there, with the option of downloading bio material and pictures as well as the music, all to be stored on my desktop as yet another file amongst the dozens that are offered up by other labels forced to do business in similar fashion. Often with a warning attached to the new album claiming “You have two download attempts left; if it doesn’t work, well, SUX2BU. Have a nice day.” Then I have to pray Mega-Therion (my computer) has enough mega-memory to store the new music while I try and find a damn memory card, USB stick or CD-R so it doesn’t (a) sound like shit on sub-standard “No, I do not have $500 to spend” computer speakers, and (b) slow down the steam-powered Pentium -2 rattletrap to half the speed of a crippled snail.

I don’t blame record labels for going this route, though. Not for a moment. They’re being forced to protect their investments from a group within a collective they need to work with, and have no other way of weeding out the bottom-feeding maggots that are abusing their trust. There are also financial reasons in that the labels stand to save some money by not having to go through Bag ‘Em And Tag ‘Em promo sessions a couple times a month, but I still blame the disrespectful South Park-weaned newbies within my realm for the changes forced upon the music industry.

So do post offices everywhere, who have also taken a financial hit as a result of this Nu World O(r)der…

Sadly, for all the supposed security and reassurances the iPool method offers, it’s at the point now where the media coverage artists deserve or would otherwise receive with real world promo material is starting to suffer.

It wasn’t uncommon for the larger record companies to send out three and four promo CDs at a time. More often than not I’d like or at least be aware of three of the bands featured, while the fourth would be a newly signed newcomer act. Playing the familiar material first was a no-brainer but the unknown band’s CD would float at the top of the pile, particularly if it came with eye-catching artwork. It didn’t matter if I’d heard nothing but bad things about the album from my fellow press people; a well-endowed cover model, a “We wish we were Iron Maiden” logo, or post-apocalyptic über-metal graphic would eventually yank my peripheral vision to attention. I’d at least make the effort to give them a shot, figuring what I’d hear could be as cool as what I was seeing in front of me.

Artists that are just starting out have become faceless for many of us in the promo world, reduced in my case to a nothing more than pixellated boxes sandwiched between my BW&BK to-do list for any given month and PhotoStudio 6. I suppose being aware of the situation is a step towards making sure they don’t get lost in the shuffle, but there’s something to be said for having the music in your hands rather than pulling it out of the ether. It isn’t about watching my CD collection grow beyond its already ridiculous proportions – although my ego begs to differ – it’s a case of knowing some great music is falling by the wayside through no fault of my own.

Yes indeed, I miss the days of opening a package, having my synapses choose between “Oh, cool!” and “A profit seeking entity is releasing this?!” and slapping it into the CD player. Five seconds from door to stereo. I mourn the loss of painless discovery and having my curiosity satisfied with the touch of the “on” switch, volume control, and the “skip” button.

And let’s face it, I miss being the kid that owned the candy store.

4 thoughts on “Drowning In The iPool”