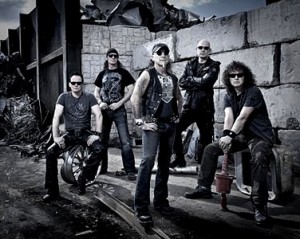 As a long-time Accept fan, I was blown right out of my boots by the band’s comeback album, Blood Of The Nations. Definitely not what I expected given that they decided to make the rounds without vocalist Udo Dirkschneider. Assured suicide in the minds of those that remember the band’s failed attempt to go Udo-less in 1989 on the Eat The Heat record with singer David Reece. All is forgiven, said blemish on Accept’s career forgotten thanks to what has turned out to be one of their stronger albums, with new vocalist Mark Tornillo singing up a storm Following is an excerpt from my recent interview with guitarist Wolf Hoffmann…

Hoffmann makes it clear that Tornillo was an integral part of the creative process for Blood Of The Nations. As for stepping into Dirkschneider’s shoes, he didn’t spend any time worrying about how people would react.

“I think Mark talked it over with his family but quite honestly I don’t really know,” Hoffmann says of Tornillo agreeing to come on board. “He just said yes to joining the band the very next day. It didn’t take very long at all. In fact, I think it took us only a day after that to announce it to the world (laughs). Mark is a very confident guy and he knows he has the ability to pull this off. He knows there are a lot of people who are comparing him to Udo but he’s not afraid of that. And Mark isn’t trying to be like Udo, which is something that impressed us a lot. When he came in he did the old songs in his own way and he still does, and it works perfectly. What we really like about him is that he can do those screams but he’s also able to do the quieter, more melodic stuff.”

With the current buzz surrounding Accept maintaining a fever pitch, it’s fair to credit Dirkschneider with feeding the fire to some degree. He has been performing the band’s classics for over 20 years in U.D.O. – also featuring ex-Accept drummer Stefan Kaufmann – keeping the name and vibe alive, thus solving the need for the band to rebuild a connection to the fans.

“I’m absolutely aware of that and I think it did help,” Hoffmann agrees. “There are all kinds of bands out there playing Accept songs – cover bands, tribute bands – but Udo being out there playing those old songs certainly helped and we’re eternally grateful for that. He kept the fire alive until we could come back and take over (laughs). I guess some people don’t want to hear that, but… well…” 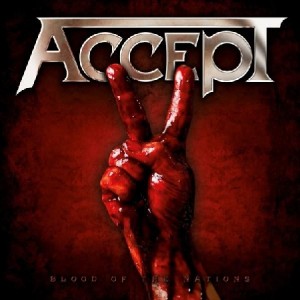