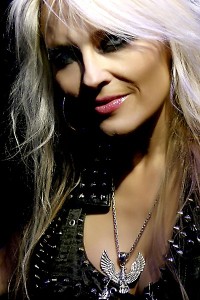 As I was preparing for an interview with vocalist Doro Pesch of Warlock fame (to be published on BW&BK soon) for her new DVD, 25 Years In Rock, I remembered that she was a long time friend and fan of the late, great Ronnie James Dio. With a history that goes back to the ‘80s, I figured she’d be willing to share some of her memories of him instead of discussing the tragic loss of one of the finest metal singers to walk the face of the earth. Seems it was a good call, beginning with first time Doro met Dio.

“My favourite Dio album is The Last In Line, and the first time I hear Ronnie’s music I fell in love with his songs and his voice,” she says. “It was magic. The first time I met him was in England in ’87; Warlock opened up for Dio in Europe right after the Triumph And Agony album came out. It was the best tour ever, it was unbelievable. It was awesome, but none of us could really speak English that well so we didn’t say much except ‘Have a great show’ and ‘Thank you very much…’ (laughs).”

“I did a US tour in 2000 with Dio and Yngwie Malmsteen, and it was a great time because metal was just coming back. We were out for three months and it was great. Ronnie and I talked a lot, and that tour was great because it was filled with a positive energy. It was probably my favourite tour ever. Me and the guys in my band would watch the Dio set from side stage almost every night, and at one of the last couple of gigs – it was in Florida – he went off stage during his set, which wasn’t normal. The guys were joking around saying ‘He’s probably getting a second microphone and now you’re up.’ Sure enough, he came back with a second microphone and I was like, ‘No! I don’t want to do this!’ (laughs). Ronnie introduced me to the audience and he was such a gentleman, and for the last three shows of the tour I sang ‘Long Live Rock N’ Roll’ with him. Some photos from those shows appear in one of the booklets in our new DVD.”

“When Ronnie passed away – I think I said this to a German magazine – it was like losing my best friend. We didn’t talk every day, but having him in my life meant so much to me. Losing him has left a big hole in my life.” 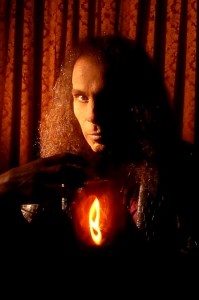 Doro has no shortage of memories of Dio, and although she was supposed to be saving her voice for an upcoming Russian tour she couldn’t resist offering a few more snapshots from their times together.

“I once got a call from (editor-in-chief) Götz Kuehnemund at Rock Hard Magazine (in 2000) and he asked me if I wanted to take part in a Dio tribute album he was putting together, because he knew I was a huge Ronnie James Dio fan. It was a great honour to be asked, and I did ‘Egypt (The Chains Are On)’. It came out great, and when I attended the Magica album release party in New York some months later Ronnie told me he loved our version of the song. When he was doing radio interviews in the months after that and they asked him to play some songs, sometimes he would play our version of ‘Egypt’. That was an unbelievable feeling.”

“I did an interview with (Los Angeles-based radio station) KNAC for the Calling The Wild album and they asked me if we had any touring plans,” she adds. “We didn’t have anything, but I mentioned that I wanted to do a long club headline tour or be a support act, and they told me that Dio was getting ready to go on tour. The DJ volunteered to ask Ronnie if he’d be willing to put us on the bill, which was too much for me to even think about (laughs). The KNAC people went and asked Ronnie, and to make a long story short we were on tour together a couple months later.”

“I always saw him talking to the fans. Even when he was exhausted after doing a killer show, or he was ill, or it was cold outside, he would be out from of the tour bus giving everyone kind words, autographs, everything. Ronnie took care of the fans like nobody I’ve ever seen. He was amazing.”