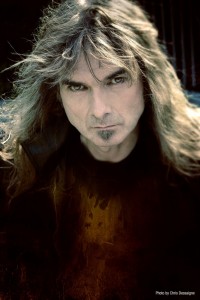 During an interview with me for his Guilt Machine album last year (found here), Ayreon mastermind Arjen Lucassen let slip that he was seriously considering a follow-up to his popular Star One project from 2002. Nothing had been written in stone, but Lucassen felt the music he was writing at the time was heavy enough to wear the Star One moniker. The end result of those demo sessions resulted in Victims Of The Modern Age, picking up and improving upon the Space Metal debut. Following is an excerpt from my BW&BK interview with Lucassen about the new record…

“When I did the first album a lot of people asked if there would be a second one. I kept saying that there’s always a Part 2 and it’s never as good as the original, so I wasn’t sure I wanted to do it again. But I was mostly thinking about the touring aspect of it because when we did that tour it was very special. I brought a group of people together that didn’t know each other, so it was a very spontaneous thing. I knew that I wanted to do a metal album after Guilt Machine, and that automatically brought me to Star One because that’s my metal project. So I was thinking that maybe I should do it, but with different singers than the first album. The more I thought about it, though, I realized there was no way I could replace Damien (Wilson / Threshold), Russell (Allen / Symphony X), Dan (Swanö / Edge Of Sanity) or Floor (Jansen / ReVamp, ex-After Forever) with other people and call it a Star One album because they’re all so unique.”

The European tour for the Space Metal record cemented the Star One line-up for Lucassen’s fans. Particularly since he went to the trouble of putting out a quality DVD in 2003 (Live On Earth) to commemorate it, and with limited resources at his disposal. Using other singers for the new album would have been a crime.

“Definitely,” Lucassen agrees. “I’ve got Ayreon for all the vocalist experiments and working with different musicians. Star One has to have the same line-up. It was difficult, though, especially with getting Russell because he was busy working on the new Symphony X album, but the reason why I started the whole Star One thing and the reason I worked with these people in the first place is because they’re fans of my music and they’re friends. It was easy to get them on board the first time around, so I knew they’d be on board for this album whether they had time or not. Russell took a couple days off from Symphony X and flew to Holland to record for Star One.” 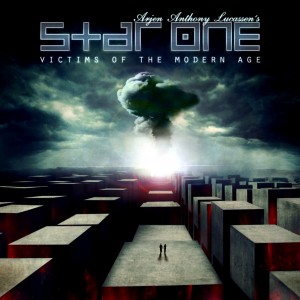