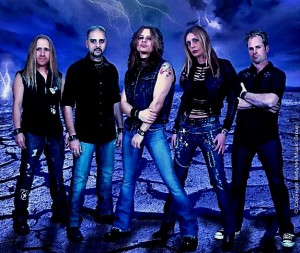 For close to a decade vocalist Nick Walsh and bassist Laurie-Ann Green have stared down the music industry. Ten years of going against the requirements of trend and sell-your-soul million-seller success. The pair have fought tooth and nail to shove Revolver into the international spotlight, earning both a loyal fanbase and a collection of fence-sitters wondering why in the hell Walsh doesn’t reform Slik Toxik, or at least go back to writing ‘Big Fucking Deal’ anthems. The latter is a call that continues to fall on deaf ears, as the band opts instead to continue in a darker if-Metallica-were-Guns-N-Roses direction with a brand new album. Unfortunately, as the band was gearing up to shop the record word came down that a European pop band using the Revolver name had been signed in North America. Confusion reigned as several international press and media agencies contacted Walsh and Green about their new found success, and the decision was made to drop Revolver in favour of a less accessible moniker.

“It’s actually gone over really well,” Walsh says of the name change. “We’ve gotten lots of good feedback, and Laurie and I were actually laughing about it because people are saying ‘Congratulations on the new name…’ and we’re like, ‘Did we win the lottery or something? Did they all know something for years that we didn’t?’ (laughs).”

The change could have, and some “experts” will say should have, happened a lot earlier. The high profile rise of Velvet Revolver in 2002 featuring Guns N’ Roses alumni Slash, Duff McKagan, Matt Sorum, and Stone Temple Pilot Scott Weiland didn’t do Revolver any favours. Walsh, however, doesn’t believe there was any gravity to that situation.

“We didn’t really see any need to change it before. We were called Revolver and there was nothing else in out genre with that name. When Velvet Revolver came out some people would make remarks about that but it wasn’t a big deal for us. But, when a band with the exact same name gets signed to a major international deal… it’s like a race to the finish line. Someone is going to get there first and then everybody else has to shed that skin and move on.”

“It’s not as bad as it could have been if we had decided to release this new record under the Revolver name. The timing of everything is unbelievable; it came at the right time. It’s not that bad for us. We have albums out and people recognize us because of the 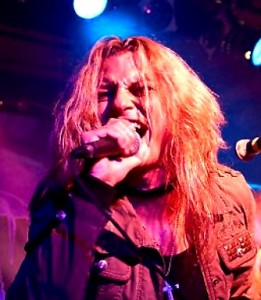 music, so I don’t think those fans are going to have a hard time accepting the name change. We’ll still be known as Revolver to them for a while, so it’ll be a slow shift, but there are a lot of people that have never heard of us before anyway. With this new album we’re going to reach a bunch of new people.”

“A good band name comes naturally,” he adds. “The name Famous Underground came together in a regular conversation, just putting two words together and going ‘Eureka! It fits!’”

There’s an ugly financial reality that comes along with being an established band forced to change its call sign. Boxes upon boxes of merchandise, for example, sporting the old name of a band not popular enough to sell them off as limited edition collector’s items. According to Walsh they’ve managed to avoid this particular nightmare.

“We’ve made a point over the last few years that, unless we’re on the road, why get merchandise made up? We’re dealing strictly on a digital download basis right now, so we’re not paying for a pressing of the records, and the merch that we have had available has been a case of us having to manufacture it as it’s ordered rather than printing up a thousand shirts or whatever. We didn’t do what some people you and I know did, where they printed up a whackload of T-shirts that are now sitting in a garage because their bands broke up.”

Oddly enough, Walsh and Green encountered a similar problem with regards to public perception long before they began shopping the new album as Revolver. In March 2008 they released The New Blood Rock Show, a live DVD featuring a band documentary and interviews showcasing the line-up. With the exception of Walsh and Green all of those players have since been replaced, making The New Blood Rock Show seem like a wasted effort. Walsh disagrees.

“We video all our shows and we did a gig here in Toronto that made me and Laurie decide that we needed a really good live video for promo material. The idea for The New Blood Rock Show started like that, and when we presented the idea to someone we know here in Canada with an independent label, it just turned into what it was. As we were in the editing stages for the video there was some political crap going on with the existing band members at that tine. Laurie and I had to make a decision: do we want to see things through or do we scrap the idea altogether? We’d put so much time and effort into it, and for us being the mainstays of what is now Famous Underground, it wasn’t about those other guys.”

“That’s not an ego thing,” he adds. “For us it’s about the songs, the show, and all the stuff we worked on that our following is into. Why deprive the people who were there of the show? Plus we had distribution that gave us a platform to branch out and move on with the new studio record. Some of the songs on The New Blood Rock Show, we were just honing them for this record.”

The album has since been completed and is currently making the rounds amongst select label and press people, with Europe as the focus. Walsh has never had a problem with confidence and nothing has changed for this go round, particularly with the new band line-up in place.

“Honestly, the members that we have performing the material now, they’re performing the songs the way they’re supposed to be. There’s a big difference… The New Blood Rock Show line-up was a great band and we were really starting to get it together, but the guys we have now are seasoned like me and Laurie – a little older and more experienced – and taking it more seriously. It’s a much better band now.”

For her part, Green considers herself Walsh’s right hand (wo)man and creative sounding board. 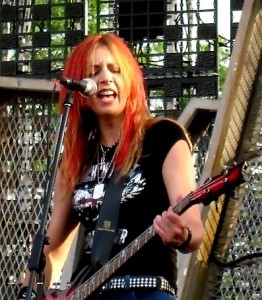 “I’m all about always pushing the envelope, but we had more time to do this album. We weren’t rushed like we were for (Revolver’s debut album) Turbulence, which gave us more time to listen to the mixes and tweak things. Nick is pretty much the main songwriter and I get in there once in a while, but when I was hearing the stuff as it was being produced I was really impressed by the direction of the music. I love it. If we didn’t have that time the album wouldn’t be what it is today, and for me it’s our best work to date. I’m very proud of this.”

She also makes it clear that while he is very hands on with every aspect of the band, from music right up (or down) to business dealings, Famous Underground is not the Nicholas Walsh Metal Revue.

“I don’t think it matters that Nick is so involved with everything because, for example, I’m not a main songwriter. It’s not the #1 thing for me. My thing is to be part of something where my creativity has an influence on it. If he wasn’t a great musician or a great songwriter… when he presents stuff to me I don’t see the need to change things very much. I don’t want to be in a project where I’m the main writer. I’m in this for the music as long as it’s fun, challenging, and full of energy.”

Walsh offers his take on that energy…

“Famous Underground formed as Revolver in late 2001, me and Laurie are the mainstays, and we’re always looking for the guys that are into the music for the same reasons we are. I don’t have a problem collaborating with people – on the first record I collaborated with my ex-partner Dave Mercel from the Slik Toxik days – and it’s fun to do that, but it’s not about that for us. It’s about finding the right guys that are going to stick around and be into it for the right reasons.”

“Being the main songwriter, I couldn’t get any closer to a solo career, but why is it called Famous Underground? Because we’re a band. I don’t want to go out there saying ‘Hey, look at me…’ The idea is to have a bunch of soldiers out there with me on the front line ready to kick the shit out of people.”

With luck and some clear heads within the industry – blinders removed – that shit-kicking will commence on an international scale with the new record. Walsh says it’s been a long time coming.

“Early in 2004 we were poised to sign a major record deal with EMI here in Canada, and the funny part about it was that it was the same team that had signed Slik Toxik when I was 19 years old. The unfortunate part is that we had some bad management that kind of screwed that up for us, as well a botching the European deal we had with Drakkar. I don’t like to blame people for misfortune – I take full responsibility – but I can actually blame somebody now because me and Laurie were under contract so we couldn’t do anything. After we got out of that situation, that’s when we started to make some real noise.”

“When we saw through the veil of bullshit and took the reins, that’s when we started playing big shows like the Sarnia Bayfest. The first thing we did was Kid Rock and we were a sidestage item. A year later we were invited to support Alter Bridge but we had to turn that down because we had a prior commitment opening for Molly Hatchet in Toronto. A year after that we were invited to support Def Leppard, and then Mötley Crüe the following year. This is all about pushing the envelope, doing it ourselves and getting more momentum that way. Here we are in 2010, poised with a new record and no contractual obligations, and we’re ready to do what we feel is right for Famous Underground.”

“Ultimately, at the end of the day we thrive on the stress and the craziness. We’re workaholics. The new song ‘Overdrive’ is about that; having the blinders on, taking chances, rolling the dice, and whether we lose and get taken out back to get beaten we’re still back in rolling the dice the next day (laughs). We’re always moving forward, working on something new and interesting and bigger. It’s been a constant journey and it’s always been exciting, so until it stops being exciting I don’t see why we should stop.” 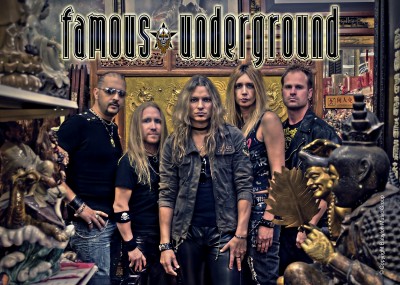 Go to Famous Underground’s official website at this location. Check out a video for ‘Wasteland’, taken from the forthcoming album here.