Yes, I’m early. Lots to do in the coming month and they have yet to invent the 27 hour day outside of Japan. So, onward with some Canucklehead news… 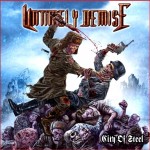 With all due respect to my Prairie-living brethren, whenever I come across a band hailing from the flatlands of Canada that raises 10 kinds of hell in spectacular fashion I’m amazed. Must be a big city diva thing on my part. Hats off to Saskatoon-based Untimely Demise for opening my ears a bit more, as their seven song debut City Of Steel is a full-on death thrash shredfest. My running joke at the moment is that frontman Matthew Cuthbertson sounds like a girl… but when that girl happens to be Anegla Gossow of Arch Enemy fame this is a very good thing. Throw in comparisons to Death and Children Of Bodom and you get some idea of the level of mayhem these folks aspire to.

City Of Steel was produced by ex-Megadeth guitarist Glen Drover, an interview with Cuthbertson is on the way. Check out audio samples at this location. 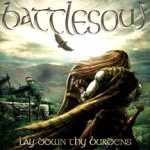 Goderich / London, Ontario-based Celtic thrashers Battlesoul recently signed with CDN Records for their full length debut album, Lay Down Thy Burdens. An audio sample teaser available on MySpace, the album is available for pre-order here. Perhaps best described as the Molson-fuelled counterpart to Finnish bashers Ensiferum – check out some live footage – they’ve learned their lessons well. For those is the Windsor and Toronto areas, shows are coming your way on December 4th and January 8th respectively. More details can be found here.

A story is also in the works, but in the meantime check out my August 2009 interview with Battlesoul here. 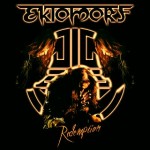 For something a bit twisted… Toronto rocker Danko Jones appears on the new Ektomorf album, Redemption, on the song ‘The One’. Jones has never been shy about his love for all things metal, and for those who figured he was all talk this will be the song that shuts ’em up. Particularly since the Hungarian groove crush Ektomorf tribe are about as far away from Jones’ Sleep Is The Enemy / Below The Belt sound as you can get without going the blastbeat route.

Redemption will be released through AFM Records on December 17th. Watch for a link to ‘The One’ and a chat with Ektomorf frontman Zoltan Farkas in the coming days.

And finally, sexy folks at BW&BK that we are, we’ve decided to corrupt Facebook with our presence. Check out the new page up and running here.