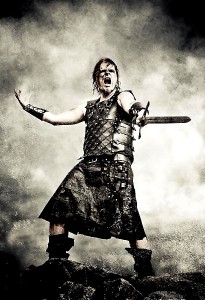 Geek that I am, I grew up reading fantasy novels and Lord Of The Rings was one of them. Granted, at 11 years of age it’s safe to say the depth of the swords & sorcery equivalent of the Bible – only a hell of a lot more believable – went over my head, but I came to appreciate it as I grew older (whereas Peter Jackson’s movie has lost its shine over time in a big way). No surprise that I locked into Battlelore when they first surfaced in 2002, and I’m happy to admit this nerd-gone-metalhead is still a fan of their work. Following is an excerpt from my recent interview with frontman Tomi Mykkänen and keyboardist Maria Honkanen…

World renowned epic fantasy author J.R.R. Tolkien’s works are a source of inspiration for metal band’s the world over, but Finland’s Battlelore have had an iron grip on the tribute throne for the better part of a decade. Launched by guitarist Jyri Vahvanen in 1999, the band’s 2002 debut …Where The Shadows Lie was a full-on musical journey into Middle Earth presented through song lyrics and Battlelore’s orcs n’ elves image. Rather than tone down their fantasy image over time by trading in their swords for Vans sneakers – or something equally absurd – the Finns have gone deeper with each album, unleashing their latest outing as a Tolkien-based concept record. Doombound is easily their most adventurous album since 2003’s Sword’s Song, and a clear sign that the septet have evolved as a unit. Once upon a time it was Vahvanen that called the shots, but he’s gotten used to not being Battlelore’s only creative voice.

“You’re right, he used to be,” laughs vocalist Tomi Mykkänen. “I think it was actually my idea to try and make Doombound into a complete concept album. We had a different concept at the beginning, though. We tried writing songs about Fëanor (from The Silmarillion), but Jyri ended up with writer’s block. He had some lyrics and managed to get a few more done, then decided we had to ditch the concept album idea. I had the lyrics done for three songs and I told Jyri to check them out, and he fell into the concept idea again when he understood I was focusing on Túrin Turambar (featured primarily in the novel The Children Of Húrin). So, we changed the topic and the rest of the lyrics came quite easily.”

“To my amazement the reviews have been really good so far,” Mykkänen continues. “I was thinking that it might be a hard album to get into because the previous album, The Last Alliance, was straightforward and this new one is more progressive. We were thinking about the song order, and we could have made it pretty ‘normal’ I guess you’d say, if we had put ‘Iron Of Death’ as the first song. That would have been a predictable start for an album, and we wanted to cause more of a shock going into it (laughs).”

Go to this location for the complete interview. Watch for an exclusive additional interview with Maria Honkanen, coming soon. 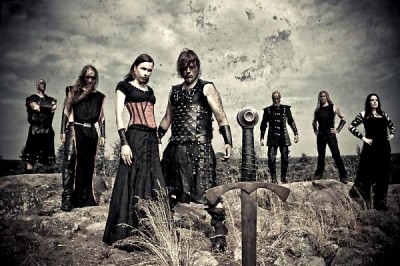 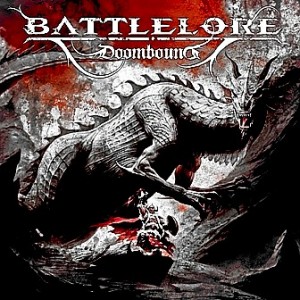