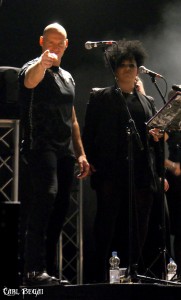 As Primal Fear frontman Ralf Scheepers was gearing up at the beginning of the year for the release of his self-titled solo debut, news came down that he would be taking part in the Rock Meets Classic European tour in January. Launched by bandmate / bassist Mat Sinner in 2010 as a three hour show featuring veteran rock singers backed by metal musicians and an orchestra, this second annual run of the event included Ian Gillan (Deep Purple), Lou Gramm (Foreigner), Dan McCafferty (Nazareth) and Les Holroyd (Barclay James Harvest). Scheepers, meanwhile, took up the surprising post of backing vocalist alongside three lovely ladies, including Avantasia singer Amanda Somerville. Not the place you expect to find one of the most recognizable voices in metal, but it was anything but an accident or an error in judgement.

“It was a new experience,” Scheepers says. “Being a background vocalist is totally different if you’re used to standing up front, but in the end it was a lot of fun.”

“Both; he asked me and I said yes (laughs). They wanted a male voice back there because not every song needed just the female voices. They wanted that lower register in there for some of the songs, so it was great to be able to be up there singing them.”

While Scheepers’ presence and performance was meant to enhance the show, Sinner and Primal Fear guitarist Alex Beyrodt were up front taking care of business as usual. It must have been more than a bit strange watching the action rather than being front and center.

“Well, maybe a little bit sometimes,” Scheepers admits, “but in the end you have to see it as part of your profession. At the same time, you have to be relaxed about it. I have my band and my solo thing, so it’s strange to be back there dancing – I never thought something that strange would happen to me (laughs) – but in the end I adapted to it. I was just laughing about it over the last couple shows.”

At the very least, the Rock Meets Classic experience proves Scheepers has balls the size of a house.

“Exactly (laughs). Sometimes I thought ‘I hope nobody from the metal scene recognizes me up here…’ but in the end I’m fine with it and there’s absolutely no reason to complain. It was a great experience, and I can say I did the backing vocals for Ian Gillan (laughs).”

Check out my interview about Rock Meets Classic with Mat Sinner here. Watch for my story on Scheepers’ new solo album, coming to BW&BK soon.

Some shots from the Rock Meets Classic 2011 in Nuremberg, Germany can be found below. 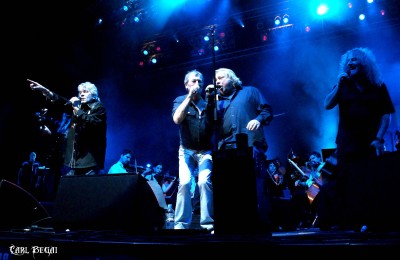 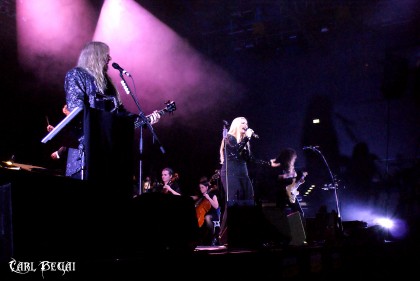 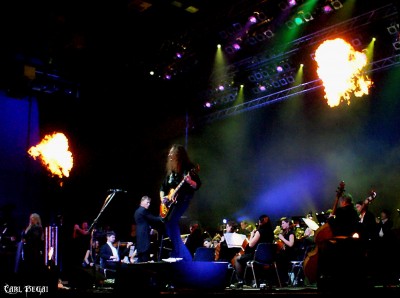 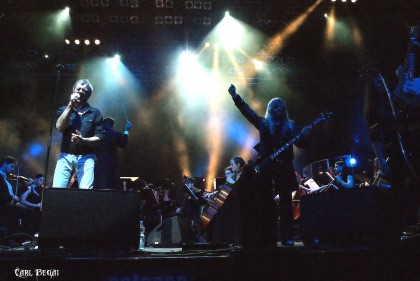 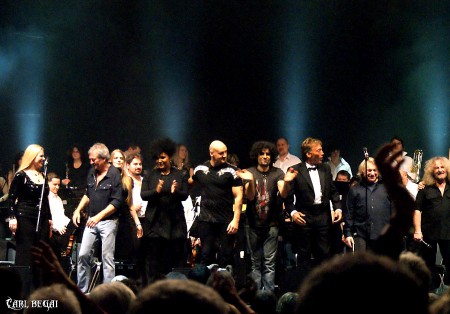