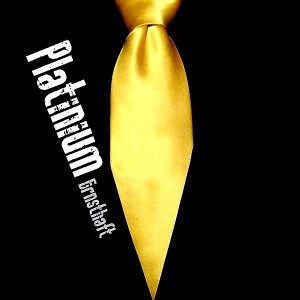 No, there’s nothing wrong with my spellcheck.

Platinium does in fact exist, as an indie band out of Nürnberg, Germany rather than a precious metal. Given that I’ve been living in their home town for over a decade, the fact they’ve remained beneath the radar is both amazing and a little embarrassing. Thanks to a trusted face at a favourite local pub, however, Platinium was served up with a round of beer and turned out to be a pleasant surprise. A gritty mix of modern day Brit rock, high quality pop, and the occasional standard four chord metal riff, the sextet are a refreshing oddity on a music scene cluttered with bands desperate to cash in on the latest trend.

From a musically educated Canadian point of view, Platinium are the German counterpart to cult favourites The Pursuit Of Happiness. As comparisons go, there is no higher praise amongst people in-the-know.

The band is currently pushing their second album, entitled Ernsthaft. Ten songs built for the bar circuit on any given weekend in Europe or North America, language barrier be damned.

“It was actually a long way to go for this album,” says guitarist Michael Schiffmann. “We started in 2003 when we were in school and released our first album in 2005. We were all around 17 or 18 years old. Nothing really happened with the band after that until we released this new album in 2010.”

Bassist Daniel Stumpner clarifies this last statement as Platinium having chosen to focus on the stage rather than going skull-to-grindstone trying to secure a record deal. 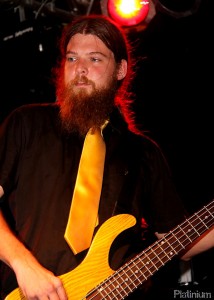 “After the release of the first album we had a lot of gigs around the Nürnberg area. It was always an area thing, and we ended up with a lot of fans and even a sort of fan club (laughs). When we finally made Ernsthaft, we didn’t work on new material with the idea of making an album, we just produced one song after the other. We looked at which songs fit together, and when were convinced we had the right mix, then we decided to make the album. We didn’t want to sound like Metallica or Linkin Park, we wanted to have our own style. We’re hobby musicians, we’re doing what we like. The plan isn’t to make big money or become famous doing this. It just has to be fun and it has to be our stuff, our style.”

“There was a big variety of songs in the way that they were made,” adds Schiffmann. “We had working titles, songs that had no meaning at all – one was about quark, for example (a suspicious looking yoghurt-ish food) – and lots of silly things like that, but it was fun to rehearse and write. Of course, we couldn’t bring that stuff to record in the studio. I think we had around 25 songs and we took the best 10 that we felt we could be a bit more serious about.”

With this fun factor in mind, it’s startling to find a song in the mix that countrymen Rammstein would be more than happy to rip off and call their own. The song in question, entitled ‘Gefangen’ (translated: ‘Trapped’) is three-and-a-half minutes of twisted lyrics put to an upbeat rock riff.

“What I find pretty funny about ‘Gefangen’ is that nobody ever recognized that it’s about a girl being raped,” says Schiffmann. “The fans are out there listening to the song as we’re playing it, rocking out going ‘Yeah!’, but the lyrics are very, very dark.” 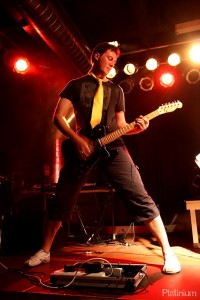 Germany’s commercial rock and pop music scene is, at least from a foreign journalist’s point of view, a cesspool of disposable here-today-not-gone-soon-enough mediocre “artists” and ass-kissing suits seeking the next infusion for their already bloated bank accounts. Hard to believe, but it makes the American Idol culture look positively tasteful. Having grown up in this environment, Platinium make a point of gearing themselves away from this 15-seconds-of-fame mentality. It shows in their music.

“We don’t care about the mainstream,” claims Stumpner. “We’ve never said ‘Oh, that sounds cool, we’ll copy it a little bit and then add some of our own style to it.’

“We have the variety in our music because of us and not someone else,” adds Schiffmann. “We’ve had great feedback from fans and friends, and we’re starting to approach record labels now. So, we’ll see if anything comes out of that. At the moment it’s still very dependent on doing gigs and trying to sell albums by hand. We’re not selling albums like crazy – it’s just one here, one there – which is why we’re looking for a label and a publisher. We want to spread our music a little bit more now. The album is almost a year old, but we haven’t really had the chance to get it out to people outside our fanbase.”

With luck, the band’s video for the track ‘Stars’ will drum up some curiosity, which in turn could translate to genuine interest. Once again, very reminiscent of The Pursuit Of Happiness street rock feel. Their modern day Dead Poet’s Society black-shirt-gold-tie eveningwear image can only help their cause.

Schiffmann: “The guys that did the video for us were professionals. They’re friends of ours, they’re independent, but this wasn’t the first time they’ve shot a video. It was low budget, absolutely, but we don’t think it looks low budget at all.”

For the future, Platinium don’t plan on waiting another five years to release a new album. Nor do they have any intention of losing their German identity even though the How To Be A Rock Star handbook pegs English as the language for international success.

“We want to keep things in German,” Stumpner says. “Sometimes we do a song in English but there’s no reason why we shouldn’t sing in German. It’s who we are. Usually it’s an 80-20 split because it gives a special mood or feeling to an album, but having the songs in German is how we feel comfortable. There’s no reason to change that.”