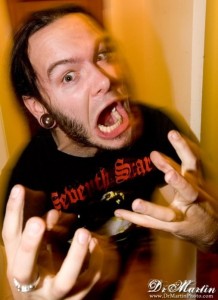 Once known for their special brand of extreme folk metal, Montreal-based Blackguard have returned with a new slab of mayhem entitled Firefight that is anything but folk-oriented. I recently caught up with frontman Paul “Ablaze” Zinay for BW&BK to discuss the record, which is a world away from their official debut, Profugus Mortis. An excerpt from the interview is available below…

Blackguard’s original folk metal sound – established when they were known as Profugus Mortis and given a thrash infusion on their debut – has been transformed into something a lot less genre specific. Narrowing things down, call the present day Blackguard a Megadeth-meets-Epica love child.

“That’s Kim’s (Gosselin / guitars) writing for you,” laughs Zinay. “He’s heavily influenced by Megadeth, he’s a big Marty Friedman fan. We’re still using a lot of the elements that we’ve always had in our music, it’s just a question of to what degree we’re using those elements. As you said, we’ve dialed down the folk aspects of the music, but a lot of that has to do with the fact that Joe isn’t in the band anymore. The identity of the band isn’t necessarily the folk aspect of the sound. It’s more than that, and we’re really utilizing all the elements that distinguish us and using them in a new way.”

Zinay takes the Epica comparisons as a compliment, and well he should. Their former tourmates have made a name for themselves over the last decade as masters of symphonic metal, so it stands to reason some of that experience bled into the Blackguard camp after two extensive road trips.

“(Laughs) With all the touring that we’ve done with Epica over the last year, I’m sure it’s rubbed off on us in some way. We love those guys to death, we watched them play every night, and it was a fucking treat. Those guys know how to do symphonic metal really well, they have talent for miles, so yeah, I think there was something that stuck with us when we were doing Firefight.”

Truth be told, Blackguard’s spin on the use of symphonics is a welcome change from the sheer density of the last couple Epica productions, or recent orchestral poundings by Dimmu Borgir.

“That’s something that Kim was very cautious about when it came to the orchestration,” says Zinay, “because he composed it all for the record. What he wanted to do was have it so that it wasn’t at the forefront of the songs, whereas on the last album they keyboards and symphonics were up front all the time. The songs on Firefight became that much more powerful because the orchestration makes that much more of a statement when they’re in the forefront. We were trying to be tasteful with it and utilize it the best we can.” 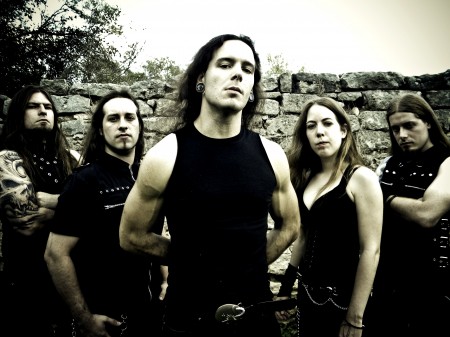 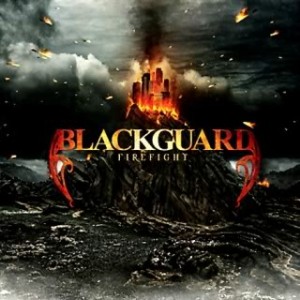