As we prepare for Heavy MTL and Heavy T.O. to steal seemingly every metal band on the planet for a weekend (July 23rd – 24th – details here), there’s a bunch of other stuff going on that I also give a damn about. Read on… 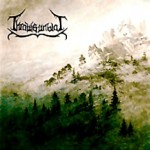 Speaking of Gold, he saw fit to shoot a video for the track ‘I Was Buried In Mount Pleasant Cemetary’, taken from Woods Of Ypres’ classic Woods 4: The Green Album. Check it out here; note the extremely rare Headstones ring that turns up here and there. Somebody tell Hugh Dillon it’s been found 🙂 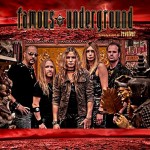 Famous Underground, formerly known as Revolver, are gearing up to release their self titled debut album on Tuesday, May 3rd. The band will issue the record through all major digital retailers on that date, and physical CDs will be available in HMV across Canada… assuming you can find one 🙁 For updates and information on how to score one of the CDs if you happen to be old school, contact Fanous Underground through their official website. A single is due to be released on April 5th, watch for more details coming to this site.

The band has also booked a string of live dates for Southern Ontario, and one show for Quebec (in Montreal). Click here for the complete schedule. And in case you missed it, my recent interview with frontman Nick Walsh and bassist Laurie Green is available here. 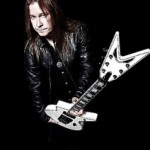 Meanwhile, former Megadeth guitarist Glen Drover is going back to school… as a teacher. He recently issued the following invite for serious guitar players:

“I have decided to make my online and home guitar lessons my first priority now, and have just recently opened up three more days for lessons. Monday, Tuesday and Wednesday to start for every week. Lessons will include focus on improving guitar skills in all areas, as well as interactive guitar recordings in Pro-Tools for developing and constructing solo skills over rhythm patterns, harmonies, etc. Contact Glen Drover at gdlessons@gmail.com. Serious inquiries only.”

So, have at it, but don’t waste the man’s time with autograph requests. Pick up his new solo album Metalusion while you’re at it, whick hits stores on April 5th. Check Drover’s official Facebook page for details. 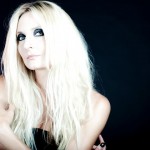 Finally, I recently got word from my dear friend Sylvya NuVynska, former vocalist for Scarlet Sins, that she had the chance to work with Rush guitarist Alex Lifeson and producer / engineer Rich Chycki on some music for a Richard Gere film called The Double. I recently spoke to Sylvya and she offered me a brief overview of the experience:

“Rich and Alex were working on some music for a movie coming out this fall called The Double with Richard Gere. They wanted Alex to add some guitar parts to the score, and the more they did the more the movie people wanted. So, Alex wrote this whole outro piece for the end of the movie that turned into a song, and he asked if I wanted to add some lyrics and sing on it., which of course I jumped on. It’s unlike anything I’ve ever done; it’s totally different but it was a great experience. You get to hear it once the movie ends and the credits roll.”

Watch for updates on the film at the ridiculously busy Rush fan site, www.rushisaband.com.

As an outro, it was a toss up between the Woods Of Ypres hottie from last time, or Devin Townsend’s rendition of Frank Sinatra’s ‘New York, New York’. I finally said screw it and put up both 🙂 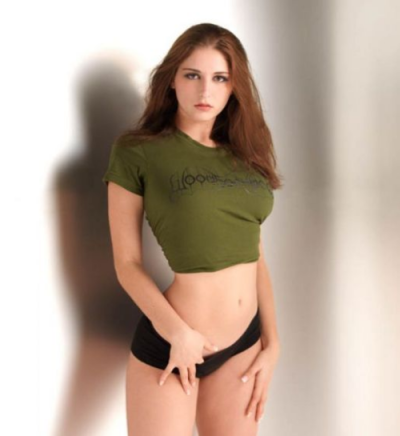