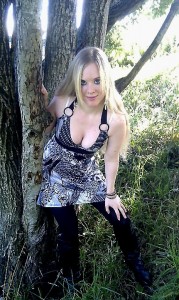 I recently caught up with Midnattsol vocalist Carmen Elise Espenæs to discuss the band’s new album, The Metamorphosis Melody. Following is an excerpt from the story for BW&BK, soon to be followed on this site by a rather special behind-the-scenes look at the comedy and chaos that went into writing the lyrics for the record. In the meantime, read on…

If the theme of Midnattsol’s new outing The Metamorphosis Melody is one of change, it’s change for the better.

In truth, it’s something of a miracle the band is still around at all. Between personal commitments, line-up changes, and a painful lack of live exposure since their 2005 debut, Where Twilight Dwells, the band has registered sporadically on the metal scene’s radar. The 2008 follow-up, Nordlys, was a superior effort but failed to break any new ground beyond Midnattsol’s diehard fanbase; the fact that female fronted symphonic metal acts like Epica and Nightwish dominated the international spotlight didn’t help matters. By rights, nobody should be making a fuss over The Metamorphosis Melody, yet it’s slowly but surely gaining momentum as an album that deserves your undivided attention. Chalk this up to a renewed energy within the band and the drive to be something far more than just another piece in the predictable pain(t)-by-numbers folk metal puzzle.

“It’s kind of overwhelming,” Carmen admits with regards to the positive feedback. “I wasn’t expecting that people would be this satisfied with the album, so I’m very happy about that. Everyone in the band is walking around with butterflies in the stomach thinking about nothing else but how the people are going to react to it (laughs). We worked really hard on every song for this album. My vocals, for example, there isn’t one tone that’s a result of coincidence. We didn’t write or score the music note for note, of course, but we tried everything out when we were writing the songs.”

The Metamorphosis Melody stands as a blazing introduction to new guitarist Alex Kautz, who replaced Midnattsol co-founder and current Ahab guitarist Christian Hector in 2009. Although he was stepping into someone else’s vision, Kautz turned in a huge amount of music that was distinctly – and very unexpectedly – in keeping with the band’s signature sound.

“That was something very special,” says Carmen. “After Christian left the band we had a really down phase; we didn’t know where to find the motivation to keep things going because it was such a shock for us. He had a huge role in the band, and of course I had done all these interviews for Nordlys saying that the line-up was strong and nobody was going to leave (laughs). A month later, Christian was gone. When we finally found Alex, he was like a light in the dark, really. He gave us this great motivation because he had such great ideas, and the cool thing was that even though he was new to the band his songs sounded like Midnattsol from the very beginning.” 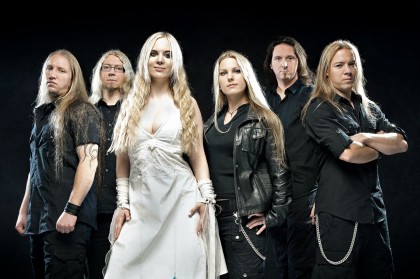 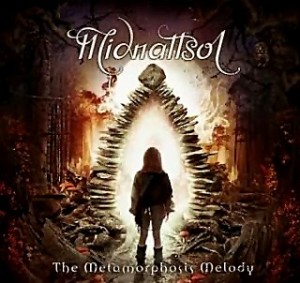