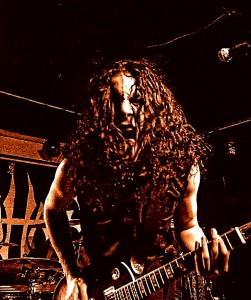 “I got my first guitar for Christmas when I was 10 or 11,” Manahan begins, “and I started with playing early Zeppelin and Sabbath. When I was about 14 I started getting into the more extreme metal, and I’ve been listening to everything since. And playing and practicing. The first couple years that’s all I did, 12 hours a day. I’m such a nerd (laughs).”

That nerd has no problem with putting himself in the path of public scrutiny, either, being very much at home on stage. Along with low key club gigs in and around Toronto, Cory can also lay claim to shows supporting God Forbid, Kittie, and self-proclaimed über-nerd Devin Townsend.

“He’s the nicest guy I’ve ever met in my life,” says Manahan, having supported the Devin Townsend Project in Toronto last November. “Devin is the funniest dude, too. I’m a huge Strapping Young Lad fan, and the place was packed to the rafters. It was an awesome show.”

“I’ve been playing gigs since I was about 13-years-old,” he continues. “I was in a cover band until I was about 15, and then I started writing my own music. I’ve always been really diverse in my playing, and when I started writing the music was based on what I heard. If I heard a Slipknot song, I wanted to write a Slipknot song. When I heard Opeth live I wanted to be like them (laughs). After a while I tried to be more original and incorporate all my favourite bands in my writing, but still keep it as my own sound. The new songs that we’re working on are more Manahan than ever.” 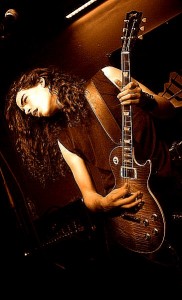 Manahan’s list of guitar influences is long and loaded, as expected, with metal royalty…

“Zakk Wylde, Dimebag, Tony Iommi, Randy Rhoads, Slash… I’ve been listening to them since I was 13 and it hasn’t changed. The first people you hear are the ones that’ll influence you. James Hetfield is the master of rhythm playing. Downpick that shit and try to sing it; it’s impossible (laughs). When I was 14 I tried to play ‘Blackened’ as fast as possible – all downpicking – and sing it at the same time. Forget it (laughs).”

Given his young age, it’s Manahan’s groove shred guitar playing – think Zakk Wylde meets Jeff Waters – but he’s also proven to be a decent singer with a voice similar to the aforementioned Waters (Annihilator’s King Of The Kill and Refresh The Demon era). He also boasts a solid extreme metal growl.

“The clean vocals, I love Corey Taylor’s (Slipknot / Stone Sour) voice, and Mikael Åkerfeldt from Opeth has an amazing voice. For my screaming vocals, Phil Anselmo (Pantera) is my biggest influence. I also like Matt Heafy from Trivium and Randy Blythe from Lamb Of God. Those are the bands that I’ve been listening to since I was 13 or 14. I was in a cover band at 15, and we had a singer who did the Zeppelin stuff, and I’d sing the Megadeth and Metallica songs. I’ve really been working on my screaming vocals, though, because a year ago I couldn’t do it the way I can now.”

Manahan was kicked off as a vehicle for his music, but he makes it clear that it has indeed developed into a band, with bassist Kevin Whittaker and drummer Kris Merriman rounding out the line-up.

“For Commence I wrote everything; I wrote all the lyrics, riffs, bass and drum parts. I’d give the parts to the guys and they’d perfect them. I can’t wait for the world to hear the new stuff. It’s still a mix of clean singing and screaming. It’s hard to explain because, when I went in to write these new songs there were no other bands in my head. No Metallica, no Megadeth, nothing. I just went in and wrote some of the most original material I’ve ever written. There’s a song that has only clean vocals, there’s one that’s a split between singing and screaming. It’s a mixed bag, but I think people will like it.”

“You’re always going to evolve. Look at Slipknot; every album is different. Listen to the first album and then All Hope Is Gone. It’s like night and day.”

“We’re going to record three new songs, put the first one out with the video so we can shop the band around to a few of the labels we know, but I don’t know what’s going to happen with the other ones. We’re still planning things out. Maybe we’ll release an EP or put something out on iTunes.” 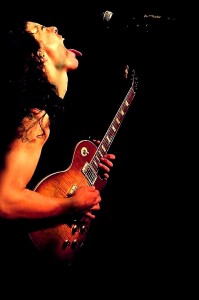 The plan, therefore, is to leave Commence in the dust when all is said and done for Round 2. Asked if he finds aspects of the debut cringe-worthy in retrospect, Manahan is still pleased with the way the record turned out.

“I think it’s the exact opposite. When we finished it, I couldn’t listen to the album for a couple months, but when I came back to it a couple months later it was like, ‘I can’t believe it’s this good…’ (laughs). It’s hard to listen to it from a fan’s perspective, but when I’m able to do that I think it sounds pretty cool.”

Despite his youth and talent Manahan isn’t deluded with visions of rock star grandeur. He knows where he wants to take the band and is well aware of what’s required.

“We need to get a support tour with a bigger band; we’re ready. Take a band like Trivium, for example; if we were to get on a tour with them our fanbase would open up a lot. That’s what I think we really need to do, get out on the road with a band like that.”

Being 17 may play a factor in being able to book shows over the next couple years, however, as Manahan is still shy of beer barn drinking age.

“It’s only happened a couple times where my age worked against me,” he reveals. “I played the Dimebag tribute show at the Bovine Sex Club in Toronto when I was 14, but I had to sit at the Shanghai Cowgirl restaurant next door until it was my time to play. Last year at Lee’s Palace, I couldn’t get a gig there either. Other than that I haven’t had any problems.”

In closing, he credits parental support for keeping the band moving toward bigger and better things. That, and his own efforts to stay on top of the industry game.

“My parents are amazing; my dad does everything for me (laughs). He’s the co-manager of the band and he’s helped me out ever since it started. He does work everyday for the band, so we’re always working together. We’ve been teaching each other things, actually. I’ve been learning about publishing, how much money you can make with your music, how much money some labels might take from you. It’s kind of confusing but I have to learn it for the future. I’ve really been studying the music business over the last year, so people don’t think I know what I know about it (laughs). You’ve got to have the whole package nowadays.” 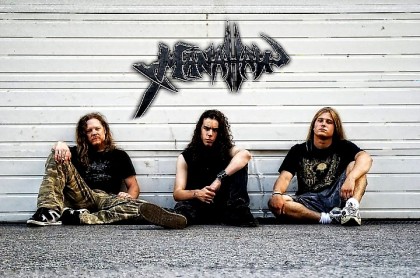 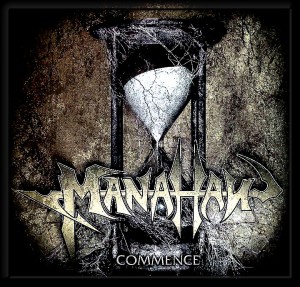 – all photos taken from Manahan’s official Facebook page. Touched-up and abused by Carl Begai, because I like colour 🙂

For more information and audio samples go to this location. Check out live footage of Manahan here.