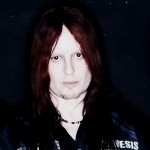 Ten years ago Arch Enemy embarked on a journey that sounded a lot like career suicide, at least on paper. The introduction of vocalist Angela Gossow in 2000 as the replacement for founding singer, Johan Liiva, was dismissed as a sick joke by some and a guaranteed car crash by others, all before a single throat-grinding note was heard. Those predictions were silenced with the release of Wages Of Sin in 2001, the album that jumpstarted Arch Enemy’s five-years-young career and inadvertently kicked the door open for women interested in entering the realms of death metal. Guitarist Michael Amott and axe-wielding brother Chris were forgiven by all but the hardest-nosed fans for the scare, and Gossow went on to become one of the most recognized – and easily the most intimidating – women in metal, performance first and eye-candy second.

A decade later, Arch Enemy is by all accounts in better shape than ever. Self-managed and calling their own shots, they have unleashed the brazen and twisted Khaos Legions, a record that is sure to please diehard fans and, at press time, had earned them a decent amount of flak. All as expected, according to Amott, but he isn’t letting any of the critics get him down.

“This album is kind of nuts; it goes all over the place,” he says “It’s a very exciting record for me because it encapsulates everything that Arch Enemy is about. It was written over a four year period, so I think that’s why it’s got a lot of depth and girth.” 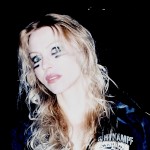 “I think that’s because Michael and Chris (Amott / guitars) really enjoyed writing together again,” Gossow adds. “They haven’t had the chance to do that for a while. It was the first studio album they’ve work on together since Doomsday Machine. Chris left because he felt under-motivated, and it was the first time in five or six years that Chris really got into the songwriting. There’s a lot of stuff happening on it. I think it’s one of those albums you do have to listen to a few times to actually get everything out of it.”

“I guess we took a ‘more is more’ approach to this record,” Amott continues. “I don’t know how to explain it. We knew we had to have kick-ass production on this one because we weren’t entirely happy with how the last album (Rise Of The Tyrant) turned out. It was kind of rushed in the mix. We knew we had to come back with something really good because it’s been four years since the Tyrant album. We’ve kept the fans waiting long enough. Root Of All Evil was cool to do but it wasn’t creative at all, if you know what I mean. We were itching to get into the studio and record all the things we’ve been talking about backstage for the last few years.”

Click here for the complete interview. Watch this page for Part 2, coming soon. 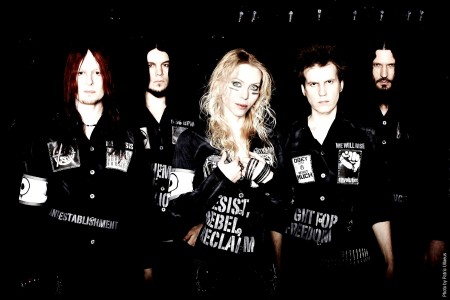 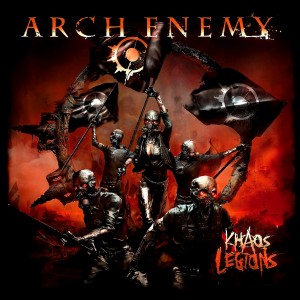