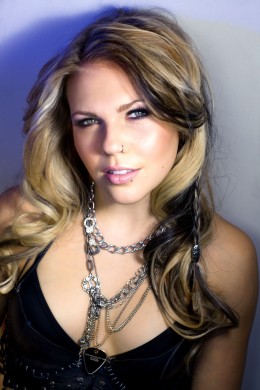 “After our first big summer tour in 2010, it put in perspective the main areas of improvement we needed to focus on,” Paige begins, discussing the line-up changes that have taken place since the release of their 2010 debut, Out Of The Pit. “The first step was making sure the line-up was strong enough. We needed every member to be on the exact same track in terms of commitment, vision and effort. We parted ways with Matt Van Wezel (guitars) and bassist Ben Freud. It put us in a very tough position because we had the UK tour coming up shortly after. When we came back in the winter, Chris (Swenson / guitars) and I began writing the album. This also really put into perspective the true foundation of the band. I composed some of the songs by myself – such as ‘Welcome To My Funeral’ – and together we wrote the album, so the fact that the bass and lead guitar weren’t filled concrete roles had no effect on the writing process.”

“Chris, Griffin (Kissack / drums) and I all had an idea of the direction we wanted the music to take, as well as focusing very much on improving the song structure. It took months of sleepless nights and unused material to begin developing a structure that would not only represent us better but hopefully make the songs more memorable for the listener. We even have some recorded hybrids, where you can here the evolution from the last album to the new album that we’ll release for fun later. Both Chris and I were interested in developing a heavier sound but still at a level appropriate for my vocals.”

It’s common to hear bands talk about how touring affects the music on the album that follows any extensive live playing, and Kobra And The Lotus is no exception to the plug-in-and-play experience.

“Touring for Out Of The Pit had a huge influence on us in terms of realizing which direction we wanted the new music to take,” Paige agrees. “If we hadn’t toured that album I don’t believe there would have been any motivation to change or improve the sound. When we toured we got to see crowd response as well as the demographic of people that were enjoying the tunes, and the demographic that weren’t. We really wanted to create new music that would portray the large amount of energy we put forward in a live performance because Out Of The Pit didn’t capture that live feel. We wanted lovers of classic rock as well as lovers of heavy metal to enjoy the sound and we couldn’t provide that with all of the old repertoire. Another major lesson that came from touring was the development of our stage characters and who we really were as musicians. I realized the way I was singing was hurting my voice because it wasn’t completely authentic.” 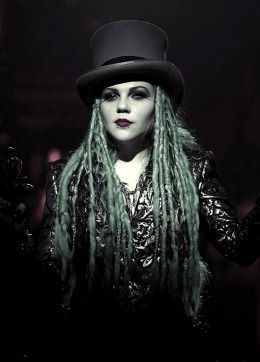 As Paige’s biggest critic only a couple years ago, I can honestly say that her performance on Visionary has left me utterly floored (or gobsmacked for any UK fans, which is probably a more appropriate term). Anyone who criticizes her vocal performance this time out clearly needs to consider ear surgery.

“(Laughs) Thank you so much! When we did the first album I had really created a character voice for myself. I thought I needed to be more interesting, more different. After I heard your criticism I especially, as you know, took it to heart and let some of the facade go, hence the re-recording of the vocals. By the end of the summer tour in 2010, there was almost no shred of made-up character. Through touring I was becoming more comfortable, and show-by-show being more myself. Not to mention my singing style started to hurt my vocal chords because it was a compromised sound. In the writing of this album, I let go of the mask and thought, ‘You know what? I am who I am and this is my voice. Why am I hiding? If it’s not bad ass enough for some people, that’s just too bad because I can’t change who I am.’ So I was ready to sing for real.”

“This is my voice, it’s always been this way, and I’ve never felt happier knowing that we’re going to release a completely authentic product regardless of if it receives positive or negative response. You have so much time to think on tour and hang out with yourself, it was all part of growing and learning more internally. I constantly want to grow and improve. Always.”

Trying to pin down the new album’s sound, it’s perhaps best described as old school metal as envisioned and executed by not-so-innocent young minds. Absolutely nothing about it sounds dated, yet the vibe is instantly familiar and, more importantly, a welcome shot in the arm.

“I was definitely influenced by older Iced Earth, if I was going to pinpoint anything,” Paige says of the new songs. “I found (former vocalist) Matt Barlow’s deeper voice – as well as occasional high wails – to be most similar to my range. Dio was another big one for me this time around. Chris and I really listened to a crapload of music from many different genres. We also worked on breaking down the structure of various hit songs. Trying to crack the code (laughs). Chris was listening to everything from Green Day to Black Label Society. We also searched for cool production ideas from old and new albums. For example, we listened to the melodic riffs of Amon Amarth, the comic book Danny Elfman sound of Avenged Sevenfold, cool production of Eluveitie, sampling in the Devin Townsend Project and Cynic, and last but not least the driving riffage of older Megadeth.”

In closing, Paige takes on the balancing act that comes along with being the face of Kobra And The Lotus. People are prone to question the musical integrity of any woman in metal if and when she dresses the part or poses for photos anywhere but on stage, and Paige has been under the eye-candy magnifying glass since the band first appeared.

“That’s the truth and nothing but the truth,” she agrees. “No matter what, there will always be that physical attention that comes with being female. I don’t think it’s a completely bad thing, though. I believe women are creatures of beauty for a reason, and so I completely embrace it. Through my intentions, ambition, composition of music, undying love for creating the music, and physical presentation and behaviour in the public eye, I believe I can validate my place as an artist. I realize that being an artist can come with having the ability to influence people, or even kids for that matter, and so it’s important for me to come off authentically and with class. I’m a lover of heavy metal, but that doesn’t mean I can’t still be a lady.” 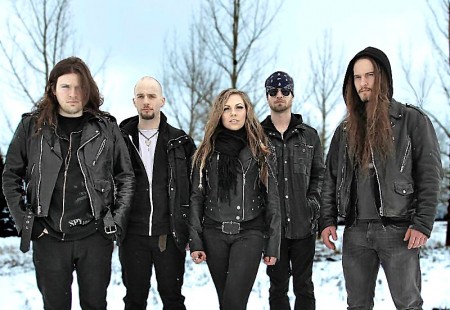 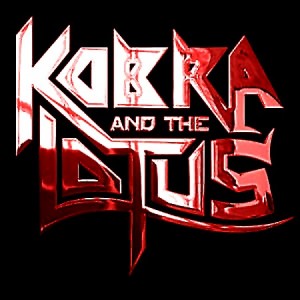 For updates from the band, check out the Kobra And The Lotus Facebook page here.