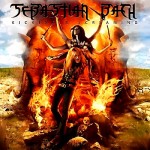 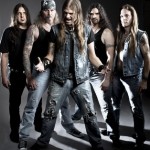 More news from the Canadians Do It Better, Eh… files, former Into Eternity frontman Stu Block has pretty much knocked the Iced Earth fanbase on its ass by replacing Matt Barlow for the band’s new Dystopia album. From a purely personal standpoint, it’s the band’s strongest record since Something Wicked This Way Comes, which has as much to do with guitarist / founder Jon Schaffer’s new and improved focus as it does with Block’s performance. But, the simple fact is Block adds an intensity to the proceedings that Barlow lost along the way and Tim “Ripper” Owens never had. And the similarities to Barlow’s voice are ridiculous. Never could have guessed he was able to pull off something like that given Block’s depths-of-hell / into-the-stratosphere delivery while with Into Eternity.

In my book, Block saved Schaffer from delivering “just” another Iced Earth record. 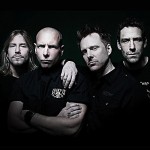 Word has come down from Kingston, Ontario’s conquering sons, the Headstones, that they’re well into recording more songs for what is becoming an increasingly anticipated comeback album. In addition, the band is looking at playing some gigs in the December and January, and they’ve invited the fans to chime in a make suggestions with regards to the setlist. Anyone interested in contributing to the proceedings can do so via the official Headstones Facebook page.

In case you missed it, the band is offering a new song entitled ‘Binthiswayforyears’ for free download. Go to this location to check it out, download it and share it with the folks that put up with you. 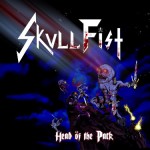 And, Toronto’s metal bobbleheads Skull Fist, who are being hailed as conquering sons by a growing Europe fanbase, have unleashed their full length debut album Head Öf The Pack. For folks that grew up on bands like Exciter and Razor, Skull Fist continues the tradition of high speed big, dumb fun. A talented bunch, it’s kinda disturbing just how well they’ve learned their old scool lessons: shred for miles, whacko high-end vocals, silly-ass lyrics… call ’em one of the few younger generation bands that comes off as completely genuine when they scream “No false metal!”

Check out their video for ‘Head Öf The Pack’ here.