Yeah, about a week early, but I’m planning on going out as Silent Bob for Halloween and have to practice not talking shit. So, before I take my vow of quietude… 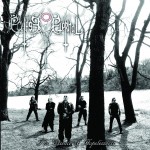 Eclipse Eternal – home town T.O. black metal skull crushers and a favourite of Swedish producer-to-the-gods Fredrik Nordstrom – have signed with Archaic North Records and will release their new album, The Essence of Hopelessness, on January 14th, 2012 (cover art can be viewed on the left). The band returned to ex-Megadeth guitarist Glen Drover’s Eclipse Studio for the recordings, and according to the pre-release hype sheet it’s going to be the sort of chaos-driven smackdown fans are expecting:

“They have delved into their innermost suffering and wrenched forth an album that is both poignant and memorable. From cold atmospheres to absolute chaos, from acoustic and spoken word interludes to ripping shredding, this album is as brutal as it is stirring.”

So, take that as you will, but past experience has taught me that anything Eclipse Eternal releases rips metal trendies like Dimmu Borgir and Cradle Of Filth to shreds. Watch this space for updates and information, including live dates in November. 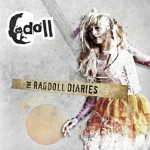 Ottawa-based female fronted bashers Doll are back with a new album entitled The Ragdoll Diaries, which is due to be released on November 18th. They’ve got all bases covered and will be releasing it as a physical-CD-for-old-schoolers format, digitally for those that don’t want to do any real-world shopping :-), and vinyl for the ancient nostalgia-mongers such as myself. An audio player featuring samples of all tracks on the album is now available on Doll’s ReverbNation page, although you may not want to travel that far and scroll down instead.

Pre-sales are now underway via Doll’s official Facebook page and their merch site.

As a fan of the band, I’m pleased to add that Sally makes a return. Folks that know Doll’s first album will get it; those that don’t should read my interview from June 2010 here. 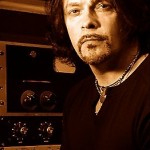 Rush producer Richard Chycki, who recorded James LaBrie’s vocals for the new Dream Theater album A Dramatic Turn Of Events , has checked in with an update on his recent and ongoing Rush-related escapades:

“Earlier this year, I mixed Moving Pictures in 5.1 and I am pleased that it was met with very positive reviews. The recording of the Time Machine tour I did in the spring in Cleveland (best … audience … ever!) is now wrapped up and an edited version of the show has since aired on VH1, with theater, DVD, CD and vinyl releases due any time. Amazing to see the band perform Moving Pictures live in its entirety! Currently, Rush, producer Nick Raskulinecz (Death Angel, Danko Jones, Stone Sour) and myself are reconvening to complete the recording of Rush’s next studio album Clockwork Angels. Sorry, no timeline for completion yet…”

Rich is up to his eyeballs pretty much 25/7, but check out his website here for the occasional update. And, since you’re on this page anyway, check out my interview with LaBrie about recording with Rich here. 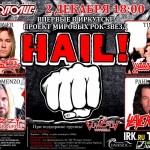 In addition, Drover showcased his new solo album, Metalusion, in the Live At Metalworks worldwide webcast in Toronto, Ontario on September 25th . It was seen by over 25,000 people in 64 countries. Footage of Drover and his band performing ‘Colors Of Infinity’ can be seen here.