While you recover from those idiotic Christmas carols that did your head in the last time you were out shopping, some info on new quality Canadian noise guaranteed to give Santa a reason to skip your house this year… 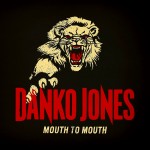 Ultimate garage rocker Danko Jones, who just happens to have a huge metal-loving fanbase in Europe, has issued a new five-song EP entitled Mouth To Mouth as a digital-only release. Three of the tracks – ‘Rock ‘N’ Roll Proletariat’, ‘The Kids Don’t Want To Rock’, ‘Guest List Blues’ – have surfaced over the last couple years as b-sides, while ‘She’s Too Pretty’ and ‘Mouth To Mouth’ are previously unreleased must-have songs if you’re a diehard fanboy/girl. An audio player featuring the latter two tracks is available at the bottom of this update.

In addition, Danko will hit the stage for a spoken word set at the Wacken Open Air 2012, which is set to take place August 2nd – 4th in Wacken, Germany. As of today the festival was officially sold out, so anyone who doesn’t have tickets will have to content with watching his performance during the online simulcast. 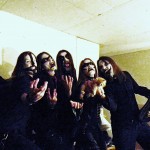 The Agonist out of Montreal played a special Halloween show on Saturday, October 29th in Val-des-Monts, Quebec, hitting the Hellaween Fest stage decked out in full corpse paint. Two 25+ minute clips from the show are available on YouTube here and there. Anyone who wasn’t intimidated by vocalist Alissa White-Gluz prior to viewing the footage will probably re-think any future “chick” jokes.

The band is currently putting the finishing touches on their third album, expected for an early 2012 release. In the meantime, check out the band’s Escape EP, issued as a teaser back in September, on iTunes.

And, some footage of Alissa performing with Kamelot on tour with a new twist on the whole Mephisto thing here. 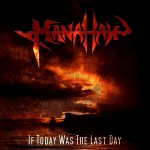 Keswick, Ontario’s 18-year-old shredhead Cory Manahan has been working on his second official Manahan record, with the new single ‘If Today Was Your Last Day’ now available for streaming on YouTube here. The track is due to be available on iTunes soon. I had the chance to hear some demos for the new album this past summer, and the one major point driven home by the material was that it won’t be a rehash of the Manahan debut, Commence. In a nutshell, it’s been a learning-by-doing process for the man, and the results are a clear indication that Manahan has been paying attention. The expectation on this end is that the new album will smoke the debut on dynamics, shred and song arrangements.

Check out my interview with Manahan from earlier this year here. 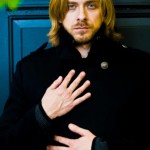 Finally, at the time of this writing I was giving the new Woods Of Ypres album, Woods 5: Grey Skies & Electric Light its first spin in my humble non-soundproofed abode. It shouldn’t come as a surprise to anyone who calls him or herself a fan to learn that the record isn’t an echo of Woods 4: The Green Album. Frontman/founder/drummer David Gold has opted for melancholic gloom over soulcrushing doom, offering up a collection of songs that are almost completely devoid of his death growl. In fact, it isn’t until five tracks in (‘Lightning And Snow’) that Gold finally blows a vocal gasket. If anything, it sounds like ‘Shards Of Love’ from Woods 4 was the platform Gold used to fling himself into this new abyss. Dark as dark can be, lines can be drawn to Type O Negative, which is bound to raise the ire of some folks, but the album definitely has that “something” the Woods Of Ypres albums are known for.

As the album plays out, it seems that anyone who gets off on Woods’ second record, Pursuit Of The Sun & Allure Of The Earth, is bound to fall head over beer keg for Woods 5.

More on Woods 5: Grey Skies & Electric Light as the release gets closer…

Check out ‘Career Suicide (Is Not Real Suicide)’ and ‘Kiss My Ashes (Goodbye)’ for a taste of what’s to come. The album will be released worldwide through Earache Records on February 13th.