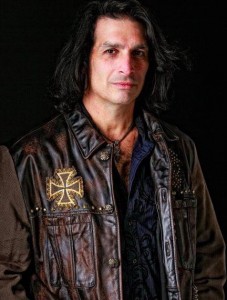 I recently caught up with Obsession vocalist Michael Vescera to discuss his latest career move as the frontman of the Japanese anime-inspired band, Animetal USA. We quite naturally touched on his stint with Loudness from ’89 – ’91, when guitarist Akira Takasaki fired original singer Minoru Niihara in the interest of gaining attention on the North American market. The change didn’t go over well with the majority of Loudness fans, and it was dubbed a failed experiment by some, but Vescera is still regarded as an important part of the band’s history. That said, when Loudness toured the US in May / June 2011 – with Niihara up front – the internet was abuzz with claims that Vescera would join the band on stage when they hit Nashville. The May 23rd gig came and went, but there was no follow-up on YouTube or anywhere else to suggest the highly anticipated reunion ever took place or had even been planned. Until now…

“That was absolutely true,” Vescera confirms. “We’ve been talking quite a bit, actually, me and the Loudness guys. I see their manager George (Azuma) quite often; when he’s in Nashville we hang out. When Munetaka (Higuchi/drums) died in 2008 (following an eight month battle with liver cancer) I issued a statement and Akira contacted me. We’ve been talking back and forth for a few years, and Akira’s mentioned a couple times that he’d like to do something again. So, when they were touring the States this summer they called me from San Francisco and mentioned they were coming to Nashville; would I come out and perform a couple songs with them? I told them I’d love to. I even talked to Minoru, who was totally into the idea. But, the night before the show we had tornados come through and they did so much fucking damage. I think the guys were in Chicago, and they couldn’t risk the possibility of driving through that, so they had to cancel the show.”

Chances are Vescera will reunite with his former bandmates at some point, albeit briefly. Niihara is still going strong as Loudness’ singer, and Vescera has made Animetal USA his top priority.

“We’ve talked about possibly doing a one-off Budokan show; maybe do my era of Loudness stuff, have Minoru do his stuff, and film it for a DVD. Nothing’s planned, but we’ve reconnected and we’re good friends again, which is awesome. Loudness is a great band and I’d love to do something with them again, even if it’s just a one-time, small scale thing.”

“I wish I could have hung out with the Loudness guys when I was in Japan for Loud Park with Animetal USA (in October 2011), but the record company had us running ragged. Non-stop promo with TV and magazines, video… it was nuts. There was very little sleep involved (laughs). But yeah, there’s talk of us doing something again, which would be totally cool.” 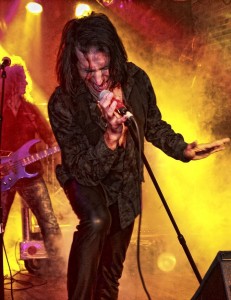 Vescera is also in the process of getting Obsession squared away with a new studio album, the follow-up to their 2006 comeback Carnival Of Lies that has been in the works for a couple years.

“I’ve actually locked up a deal with a Swedish label a while back, so they’ve been waiting for this thing. It was held up because the Animetal USA thing came along and just took off. I’m into the mixing of the album right now, so it should be delivered in a few weeks. It’s up to the labels as to when they get it out there. It’s a cross between Carnival Of Lies and the early Obsession stuff. I think it’s geared more towards the older sound, the straightforward metal like the Marshall Law album (’84), but you can hear some of the Carnival sound in there, too.”

Animetal USA is Vescera’s bread-and-butter for the time being, which is a no-brainer given that he’s sharing the spotlight and the stage with Impellitteri guitarist Chris Impellitteri, Whitesnake / ex-Ozzy Osbourne bassist Rudy Sarzo, and Judas Priest drummer Scott Travis. He insists, however, that he’ll be able to give Obsession the time and energy they deserve when the time comes.

“When we signed the deal for Animetal USA they told us that they want us to do other things,” Vescera reveals. “We weren’t being locked into only doing Animetal USA, but at the same time they wanted it to be a priority so that when they need us we’ll be there. They’re really cool with it, so if I tell them I have something else going on they’re fine with it. There’s plenty of time for me to do the Obsession thing, so that’s how I’m going to keep it.”

A full blown discussion about the success of Animetal USA will be published soon, but Vescera comments on what has been one hell of an adventure thus far.

“It happened fast,” he laughs. “We started making the record, and of course there were complications with the producers we were using, so we had to take the record from them and take another path with the whole thing. So, it took longer than it was supposed to but it was still very quick. The Japanese don’t mess around, man. If they’re doing something, they want it yesterday (laughs).” 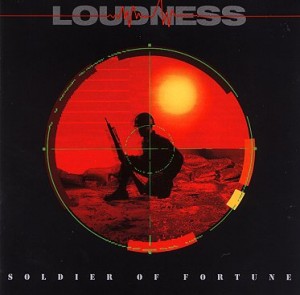 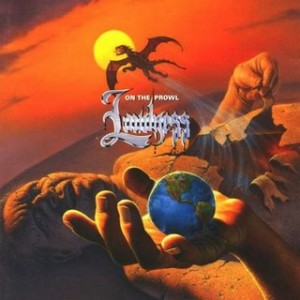 Check out audio of Vescera performing ‘Soldier Of Fortune’ live with Loudness here.