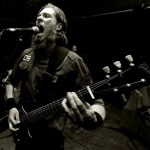 Send your order along with your shipping address to David’s PayPal address at davidypresgold@gmail.com. Note that his sister Marie is in charge of all orders, so this is 100% legitimate. 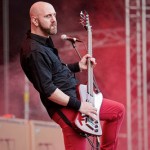 Anvil bassist Glenn Five recently announced he was leaving the band after 16 years of service. In the grand scheme of things Glenn was, unfortunately, overshadowed by frontman Lips and drummer Robb Reiner. Not really a surprise, though, given that the dynamic duo launched the band long before he came on board. My BW&BK colleague Aaron Small spoke with Glenn in an exclusive interview following the announcement; an excerpt is available below:

Glenn: “As far as my status in the band, I had no say in any of the business side of things. It’s easy to understand. Lips and Robb had been there since day one and I joined a band that already had a past and a history. So yes, they called the shots when it came to band decisions. I was cool with that. I knew the deal when I joined the band. However after almost 16 years in the band it became more difficult to accept them not taking any of my suggestions or ideas seriously. I really wanted to take Anvil in a much more professional direction but the guys are very stuck in their ways and resistant to change. The truth is, sadly, that Lips and Robb have always considered me as little more than just their bass player. The other guy in their band. It was the two of them and me, not the three of us. In fact, I was often reminded by Robb that Anvil was and always will be just Lips and Robb. I know Lips also shared this sentiment , but if anything he tried to protect me from the fact that he and Robb were on their own mission and I was just a player in their play. Hey, to me that meant to just enjoy the ride and not have any of the pressures. Not a bad deal at all.” 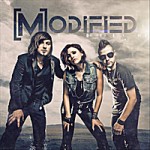 Toronto’s Modified have finally released their first full length album. Eleven songs in total, it features five new tracks including a cover of the Kate Bush hit ‘Running Up That Hill’, and the five songs that appeared on the band’s debut EP, Cruel Temptation. The old tracks have been remastered with a truckload of bottom end, giving them a healthy boost and much heavier feel. New tracks ‘Running From Myself’, ‘Die To Resist’ and ‘Hollow’ are stellar and heavier than expected. And, with all the comparisons vocalist Tricia Stanley gets to Lacuna Coil’s Cristina Scabbia, it’s worth noting that Modified’s cover of ‘Running Up That Hill’ trashes the Coil’s new cover of R.E.M.’s ‘Losing My Religion’ in a big way.

Check out audio samples and order the album from iTunes and CDBaby.com.

And finally, word has come down that Devin Townsend will be releasing a Strapping Young Lad vinyl LP box set in late 2012 / early 2013. Details are sketchy at the moment, but it has been confirmed that all five SYL studio albums – Heavy As A Real Heavy Thing, City, Strapping Young Lad, Alien, and The New Black – will get the vinyl treatment along with an LP dedicated to the band’s non-album material. The seventh record will, according to Blood Music, feature “other special, newly-created gifts (yet to be announced).” More details will be revealed as I get ’em.

Townsend is currently raising the bar on multi-tasking with new material for his Epicloud project on the go, plus a new Ziltoid The Omiscient record, and editing / mastering material for his Live in London DVD set.