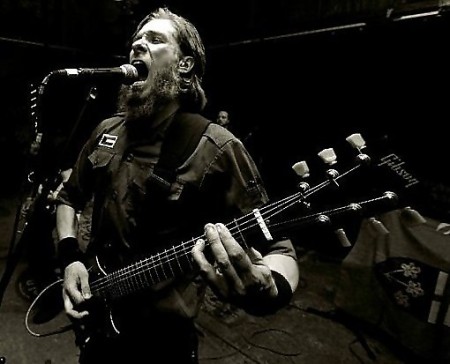 “When I try to put my experience from Ypres Metal Fest into words, everything from that night and the days leading up to it seems to blur together into a mess of emotions that I can’t properly articulate. As those reading this may know, David Gold had asked me to play drums for Woods of Ypres in support of the brilliant album Woods 5: Grey Skies & Electric Light. I accepted without hesitation, and my days quickly filled with practicing and making plans with him, Joel Violette, and Brendan Hayter. For each of us, being in Woods was a dream come true, and we were greatly looking forward to being a part of the band together. It all felt like the beginning of something extraordinary.

Ever since the world lost David on December 21st, my life has been different. There were no more enthusiastic emails from David discussing our upcoming European tour. Our interactions that used to occur almost daily ceased completely, and I felt whiplashed from the sudden void that his absence created. As I scrambled to piece my life back together in Boston, I barely had time to wrap my mind around what had happened. Since then, there are certain Woods of Ypres songs that I haven’t been able to play without crying, and there have been many feelings I’ve had to sort through. It is still a process. I’ve come to realize that everyone who was connected to David seems to be drifting together on ‘The Sea of Immeasurable Loss’. But being a part of the Ypres Metal Fest gave me so much more than closure: It gave me a chance to better understand the man that David Gold was. I’m so humbled to know that he trusted me to play drums for Woods. It’s been said time and time again, but his legacy will live on forever. He had so many talents, and he was so deeply loved. I weep for the potential that was lost, and for the friendship that could have been, but I am eternally grateful for the people I’ve met and performed with on this journey.

Finding myself sitting under the CN Tower, rehearsing with Woods of Ypres guitarist Joel Violette on a sunny Thursday afternoon was surreal, as was meeting so many of David’s closest friends and family at the Woods 5 listening party in Toronto. Although it was tragedy that brought us to both Toronto and Sault Ste Marie, the light that stemmed from my collaboration with Joel will illuminate our future projects together. He is a superb musician, and a fantastic person. I feel so lucky to have met him, the person who wrote so many beautiful moments on Woods 5, and who never hesitated to share his stories of David with me.” 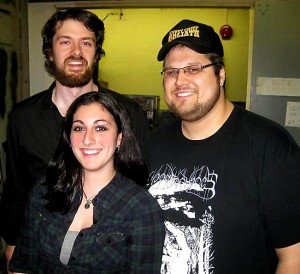 Voldamares posted the following message along with the footage he shot at the tribute show in Toronto:

“David Gold, founder of one of Canada’s best metal bands, Woods Of Ypres, passed away of December 21st 2011. A celebration of David’s life and a tribute memorial concert took place on April 5th, 2012 for friends, family, and fans. It was held at The Annex Wreckroom in Toronto. I was honored to be present and perform. I videotaped each band’s performance and attempted to catch a bit of the feeling of that night. I also taped David’s mothers speech at the end. I did this so you who were unable to attend could still witness what took place and remember David as we did. He was a great friend, a brilliant musician and a proud Canadian. May his music live on forever.”

The bands that performed were as follows: 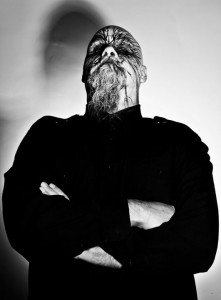